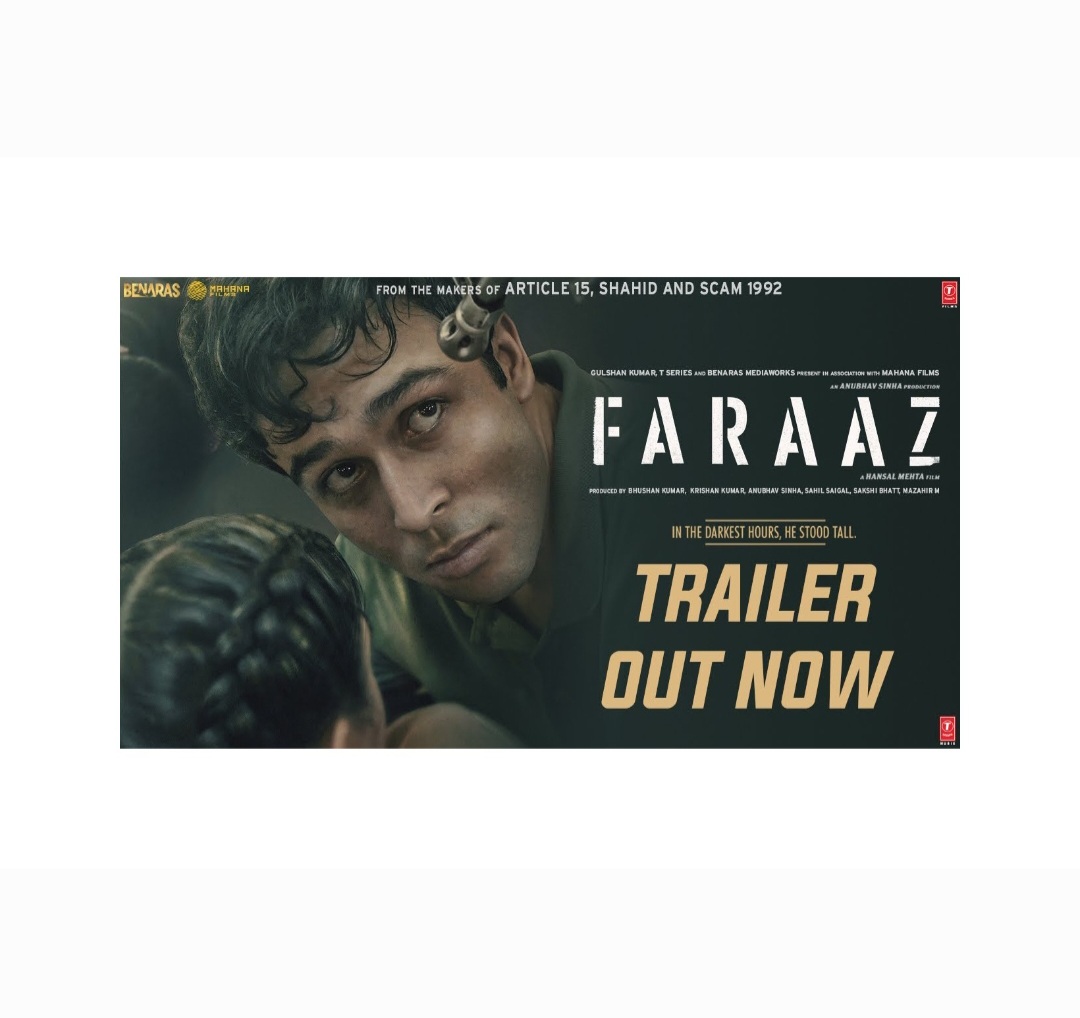 The movie also stars Aditya Rawal along with Palak Lalwani,Juhi Babbar, Aamir Ali, Sachin Lalwani, amongst others. Faraaz is said to be based on the horrifying terror attack in Holey Artisan Bakery in Dhaka, Bangladesh in 2016.

Based on the real-life terrorist attack that ravaged a Dhaka cafe, Faraaz follows events that unfold over one claustrophobic night moulded into a heart wrenching hostage drama. An untold heroic tale about a young boy who stood tall in the darkest times.

The movie is jointly produced by T-Series, Benaras Media Works in association with Mahana Films. Faraaz had its world premiere at the BFI London Film Festival 2022.