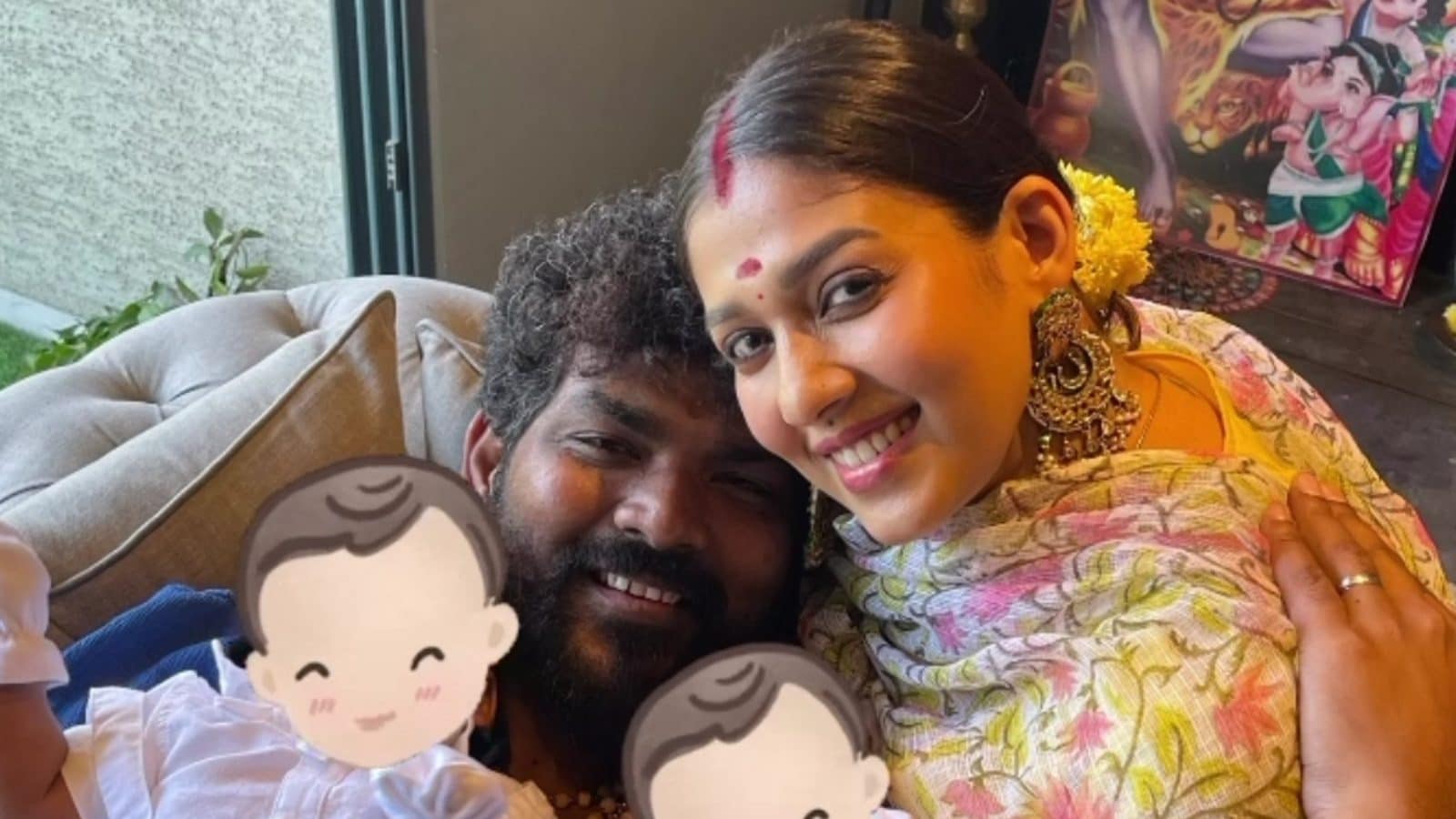 Vignesh Shivan shared a lovely picture of himself with Nayanthara and his twin boys to mark the festive occasion of Pongal.

The year 2023 is special for Vignesh Shivan and his wife Nayanthara. The actors got married last year and welcomed twin boys via surrogacy a couple of months later. While the filmmaker had marked the first day of this year by sharing thank-you notes and treating his fans to unseen photos of his wife and their children, he has shared yet another adorable picture with Nayanthara and his kids on the occasion of Pongal.

On Monday, Vignesh took to his Instagram handle to share a lovely picture that showed himself holding his twin boys close to himself along with Nayanthara who is right beside him with a beaming smile on her face. Although the faces of their kids were concealed by stickers, they twinned in a pair of cute white outfits. As for Vignesh, the filmmaker sported a blue shirt and Nayanthara looked exquisite in a stunning ethnic outfit accessorized by a white gajra and red bindi.

The portrait of Lord Shiva and Parvati behind the two celebs only added more charm to the picture. Vignesh penned the caption, “Pongaloooo Pongal!(with a slew of different emojis). Wishing all the happiness in this world to you and all your loved ones!!!”

As soon as he dropped the picture, there was an onslaught of celebratory wishes and compliments from his fans. One of them wrote, “Cuteness to the core!!(red heart emojis)” Another one commented, “Cutest fam ever!!!” Someone else stated, “Wishing you two a very happy Pongal!!” Another fan said, “Happy Mattu Pongal Bruh!” One of the fans wrote, “Blessed family!!” Another one commented, “Wowwwww cute little munchkins(red heart emojis)”.

Nayanthara and Vignesh Shivan fell in love with each other after meeting on the sets of Naanum Rowdy Dhaan back in 2015. The couple got hitched in the presence of close friends and family members back in June and four months later also announced the birth of their twin babies via surrogacy.