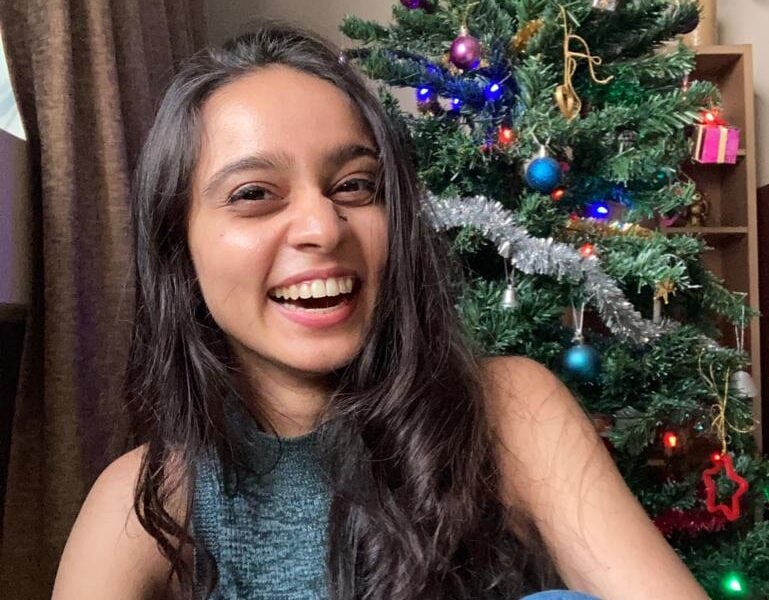 Taaza Khabar actress Nitya Mathur on working with Bhuvan Bam: “I couldn’t have asked for a better experience”

Actress NITYA MATHUR who was previously seen in Netflix’s The Fame Game and ZEE 5’s Blurr will be next seen in Taaza Khabar on Disney+ Hotstar starring alongside YouTuber turned actor Bhuvan Bam. Ahead of the release of her series on January 6, the young actress got candid with CINE BLITZ about her new series and how it is like to be an emerging actor in the times of social media.

Tell us about your character in Taaza Khabar.

Shazia is an extremely ambitious girl with all the potential to achieve her dreams, given the right resources. She’s witty, brave, and quick to make decisions. I’ve actually learned a lot from her energy! Set your eyes on what you want, and go after it.

How did you land the role in Taaza Khabar?

It was an audition process for me. I got a call from Navrattan Mehta from the casting director’s team in January 2022. I was recovering from covid when I got the call. I sent a self-test, got some feedback after a few days, and then sent the second audition. In February, I was officially locked for the part.

How was it working with Bhuvan Bam – the actor and producer?

So brilliant! Bhuvan is a warm and welcoming person. He is a very skilled actor. He and the entire BB Ki Vines team have put so much heart and effort into Taaza Khabar. And that energy is infectious! It makes you up your game on set as well. I couldn’t have asked for a better experience, honestly.

Also read: Shehzada trailer to be a 3-day grand celebration in 3 cities of India

You’re quite active on social media and you’re an actor of the OTT era, where an episode on YouTube gives you instant gratification, good or bad. How do you process this instant praise and brickbats?

Well, let’s be honest, the instant praise feels great. It’s a great boost. But when it comes to negative comments – even one such comment can instantly prick you. My confidence does take a hit sometimes. You have to learn not to take it too seriously, something that comes with time.

Another way I deal with it these days is by focusing on feedback and comments from people I know have my best interest at heart. I have friends and family that are always honest with me. Feedback from them is constructive, and praise from them feels even better since I know they’re my toughest critics. Is social media a boon or a bane for you as an actor? What are the positives and negatives?

Social media is a skill. And I think the way you use your social media dictates if it’s a boon or bane for you. If you’re good at social media and understand what’s going to keep an audience engaged, it’s definitely a boon in today’s age. Producers are currently looking for actors who have huge social media followings.

On the other hand, if keeping active on social media is something that doesn’t come naturally to you, it’s difficult. I know I have lost out on a lot of opportunities because I don’t have the numbers on my Instagram, etc. I hope we’re not losing sight of what’s most important in this wave of social media. That’s why I’m very grateful for shows like Taaza Khabar, for giving fairly newer actors like me an opportunity.

Also read: Navneet Kaur Thind on her character in Netflix’s CAT: “I could easily relate to Bobby Rani”

What is a piece of advice that you received from someone at work that has stayed with you?

I was speaking to Shriya (Pilgaonkar) while shooting one day, talking to her about my career so far. And I remember she said no role is too big or small. And I think that’s important. As actors, I think we need to keep reminding ourselves of this. Even when I think back to Blurr, for example, a tight story structure like that makes every character move the narrative forward, completing the puzzle. No matter how big or small the piece is, the puzzle won’t be complete without it. Any memorable and/or learning experience while working with seasoned actors in The Fame Game and Blurr?

On the sets of Blurr, I learned the importance of trusting the process and finding ease in it. I observed this in Taapsee’s (Pannu) approach and have been trying to imbibe it in my craft as well.

I loved Bejoy Nambiar’s collaborative process in The Fame Game. I had one scene in the series, but we still had a mini brainstorm session before we rolled to figure out the blocking of the scene together. It helps you open up and understand the scene better.

What do you love the most about your job? And what do you hate the most (or don’t like as much)?

I love being a part of stories that are not mine – living different characters in different worlds. It pushes you to be empathetic, a quality I think is much needed in the world today.

Something I don’t like but I’m realising I have to get used to is the waiting. An actor friend of mine put it really well recently. You have to do a lot of waiting as an actor. First, wait for the good opportunities, then for the call saying you’re locked for the part. And finally, wait in the vanity van for your shot to be ready! Haha! You need to either have or teach yourself patience.

Also read: Shivangi Sharma: “My song with DJ Bravo is my boldest song ever”

What are your upcoming projects?

I shot for one film earlier this year. And started shooting for my next series. We did a short schedule in December. It’s a character very different from Ira (Blurr) and Shazia (Taaza Khabar). I’m having so much fun building the character!

Do you have any goals/resolutions set for 2023?

2022 was such a good year for me, I just want to build on the momentum and flow with it. I actually have a personal goal to start writing in 2023. I’ve been wanting to give it a shot for a while, and I feel ready for it. At least I’ve shrugged off the fear of it. Let’s see what comes out when I actually sit to write now haha!