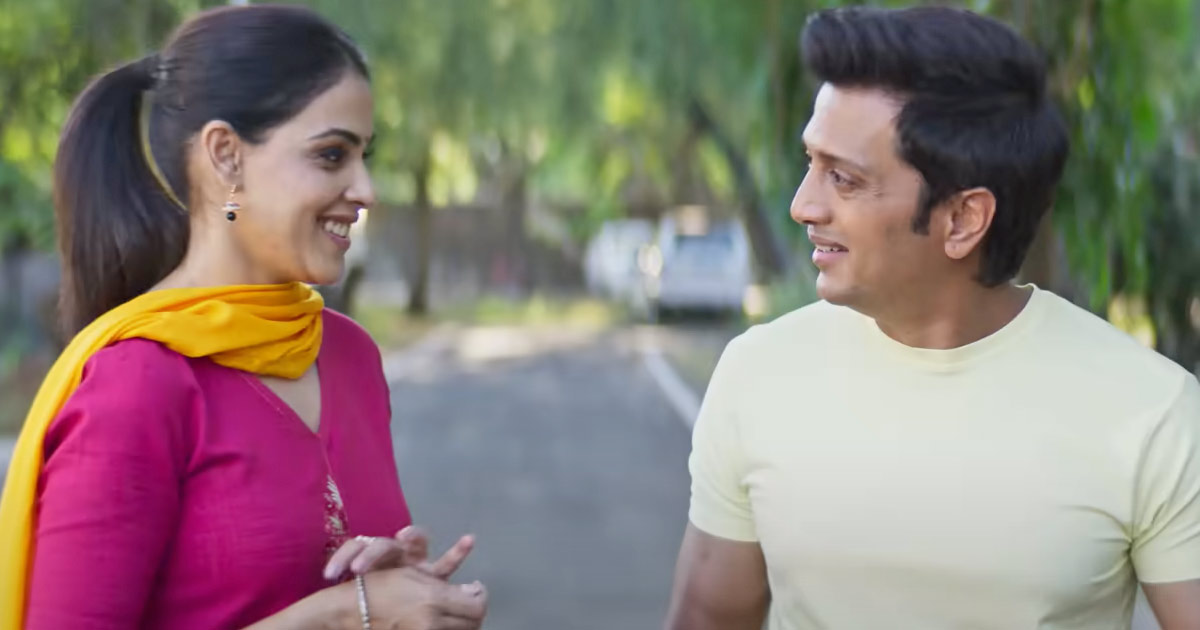 It’s been a long time since Riteish Deshmukh tasted success in Bollywood. It was back in 2019 when his multistarrer comedy, Housefull 4 raked in over 200 crores in India and was a box office success. However, in the Marathi industry, the scene is totally different as he continues to deliver blockbuster outings and Ved is the latest addition to it.

Riteish marked his debut in Marathi with Lai Bhaari in 2014. The film was a bumper hit and proved his mettle in a mass avatar. In 2018, he returned with Mauli. Though it wasn’t a huge hit, it did decent business in Maharashtra. Now, for the first time, he appeared on a big screen with his wife Genelia D’Souza and the audience is gaga over the power couple!

Ved, which also marks the directorial debut of Riteish Deshmukh, is a box office super-hit already. So far, it has amassed a whopping collection of 47.66 crores nett. Almost all the numbers have come from Maharashtra only as the film is running with just a few shows in a couple of other states. The romantic drama is still going strong and is expected to maintain a grip till Pathaan arrives on 25th of January.

As of now, Ved is the second highest-grossing film ever in the history of Marathi cinema. It ranks below Nagraj Manjule’s Sairat.

Must Read: When Aamir Khan’s Dangal Crossed Its Indian Opening Weekend Of 107 Crores In A Single Day In China – [Box Office Rewind]