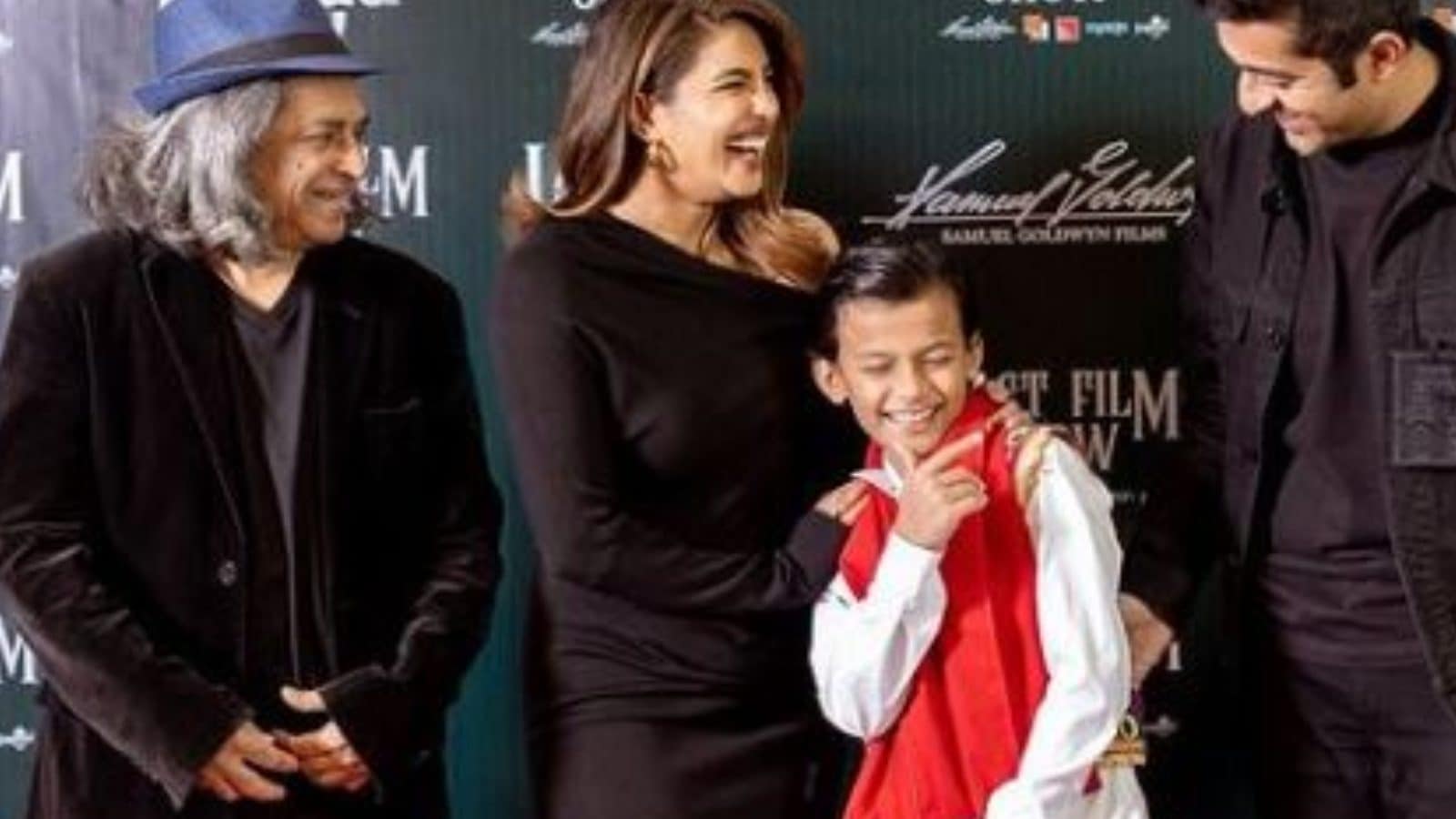 Priyanka Chopra hosted a screening of the Chhello Show as it has been shortlisted for the Oscars 2023 and shared photos with director Pan Nalin and child artist Bhavin Rabari.

Priyanka Chopra Jonas hosted a special screening of the Gujarati film Chhello Show (titled The Last Show in English) in Los Angeles. Pan Nalin’s Chhello Show has been shortlisted for the Oscars in the Best International Feature Film category for 2023. The actress has now shared photos with director Pan Nalin and child artiste Bhavin Rabari on her Instagram handle. The pictures show Priyanka having a good time with the cast and crew of the film. Another picture shows the actress interacting with a few guests.

Along with the snaps, Priyanka Chopra wrote, “The least I can do is always support the industry that taught me all I know about my job. So proud of the amazing movies that come out of Indian cinema. ‘Chhello Show’ is one of the special ones. Good luck team! Go get ‘em”. She added, “Chhello Show (Last Film Show) – a regional language movie (Gujurati) which has been selected as India’s Official Entry to the Best International Feature Film category at the 95th Academy Awards. Written and directed by Pan Nalin, this incredible film revolves a 9-year-old’s fascination with cinema. Thank you Isha Ambani for lending the team your LA home for the screening.”

Take a look at the pictures below:

Apart from Priyanka Chopra, producer David Dubinsky also posted numerous photos and a video on his social media handle. In one of the videos, Priyanka recalls the days of single-screen theatres and how her father used to skip school to watch movies. She also asked Bhavin what movie he watched before doing the film, to which he replied, “Dangal.” Priyanka Chopra wore an all-black outfit and accessorised her look with a pair of black boots. Bhavin, an actor from the Chhello Show, is seen wearing a traditional outfit.

Sharing the post, David Dubinsky captioned it, “With Priyanka Chopra, actress, model, and producer (married to Nick Jonas) at the movie screening and reception of Last Film Show. It is India’s submission to the Academy Awards and was just shortlisted in the Best International feature film category. Available on Netflix.”

Chhello Show (The Last Show) is about a nine-year-old boy who loves movies. He is so enthralled by movies and filmmaking that he decides to become a filmmaker, oblivious to the heartbreaking times that await him. The film was distributed in the United States by Samuel Goldwyn Films and in India by Roy Kapur Films. Orange Studios will release the film in France, while Shochiku Studios and Medusa will bring it to Japanese and Italian theatres, respectively.