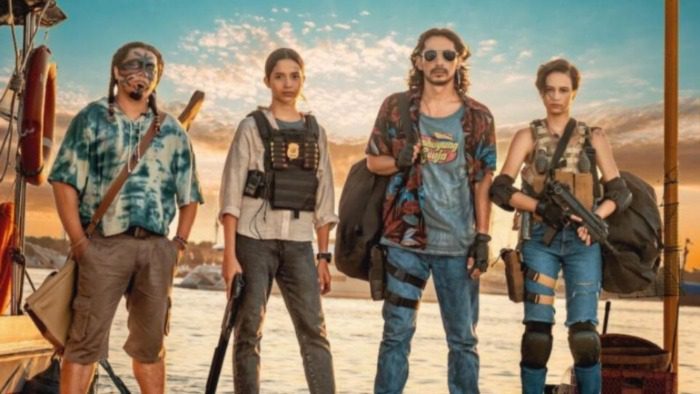 Netflix Release Date & Everything You Need To Know!

The Big 4 is a fun and action-packed Indonesian crime movie set to premiere on Netflix in December 2022.

The Big 4 is an upcoming Netflix original Indonesian crime movie written, directed, and produced by Timo Tjahjanto. Recently, Netflix released the trailer of the movie which has got fans across the world excited. As the film’s release date approaches, Netflix has released the trailer, which promises to be an action-packed voyage to serve justice on a murdering villain. Here’s everything we know about The Big 4.

When is The Big 4 release date?

What is the plot of The Big 4?

The Netflix summary of the movie reads:

“Four retired assassins spring back into action when they cross paths with a straight-arrow cop who’s determined to track down an elusive murderer.”

The synopsis as mentioned on IMDb Pro:

“A by-the-book detective investigates the death of her father and follows a clue to a remote tropical island, only to find out his true identity as a leader of a group of assassins. Now hunted by his enemies, she has to team up with the crooks her father had trained – four retired, down-on-their-luck assassins itching to get back in the game.”

The movie features excellent action choreography, gun and knife fights, and battle cries, but it also has a humorous element that promises to elevate the viewing experience.

Here’s the list of actors confirmed to star in The Big 4:

When and where was The Big 4 filmed?

What is the movie runtime?

Is there any trailer?

Yes, Netflix recently released the trailer and it promises an entertaining ride for fans. A lot of action shots are interspersed throughout the teaser with humorous one-liners. Despite the fact that the plot is not clearly highlighted in this teaser, viewers can expect the film to be entertaining based on an exciting trailer.

Check it out below:

Where to watch The Big 4?

The Big 4 will be available to stream exclusively on Netflix.