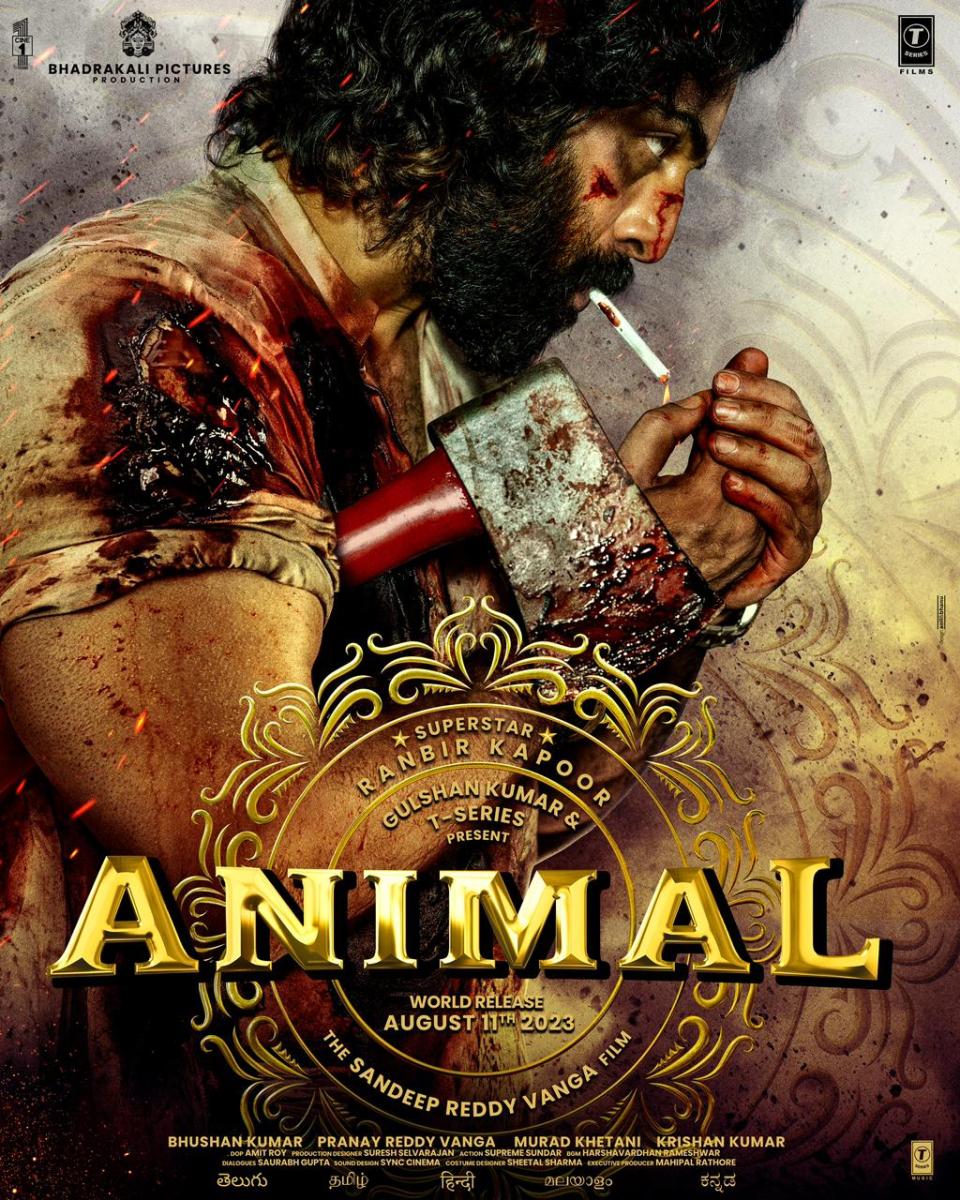 Staying true to its title. the Animal poster looks deadly. Directed by Sandeep Reddy Vanga, the film is set to be unleashed on 11 August this year.

A start of a new year. At the stroke of midnight, you only have best wishes for one and all. It’s a little bizarre to be promoting at this hour when the world is busy celebrating the new year. Director Sandeep Reddy Vanga and his producers chose this moment to launch the poster of their film Animal. No it is not a horror film but there is gore painted all over the poster.

A blood stained axe, blood over his clothes. Damn, there is blood even on Ranbir Kapoor’s cigarette. Add to it, the thick hair and beard. This animal is beasty but it also looks prehistoric. The latter word is enough to sum up the first impression of Animal. Prehistoric here is in reference to the violent films of the yore. Kapoor’s character appears to have a caveman’s instincts.

We’re sure the poster is likely to evoke mixed views in 2023. Hey it is a Sandeep Reddy Vanga film. So, apart from the feminists, moral police, the CBFC [Central Board of Film Certification], too, might observe the Animal poster with its hawk eyes. Animal makers would be preying… sorry praying that there is no needless wild reaction to their poster or the film.

Brahmastra [2022] was an average success, Shamshera [2022] was a dud. Animal [2023] looks like Ranbir Kapoor pinning great hopes on a filmmaker who gave the blockbuster Kabir Singh [2019]. That film aroused varied views and criticism, but it beat everything to become a blockbuster. Surely, Kapoor would be hoping that the audience will shower the same love.

Apart from Ranbir Kapoor, the film also stars Rashmika Mandanna, Tripti Dimri, Anil Kapoor, Bobby Deol. Co-produced by Pranay Reddy Vanga, T-series, Cine1 Studios, Animal is set to be released/unleashed on 11 August this year. A slightly odd film to release during the Independence Day week. Nevertheless, it will be interesting to see whether this Animal makes a kill at the box office.