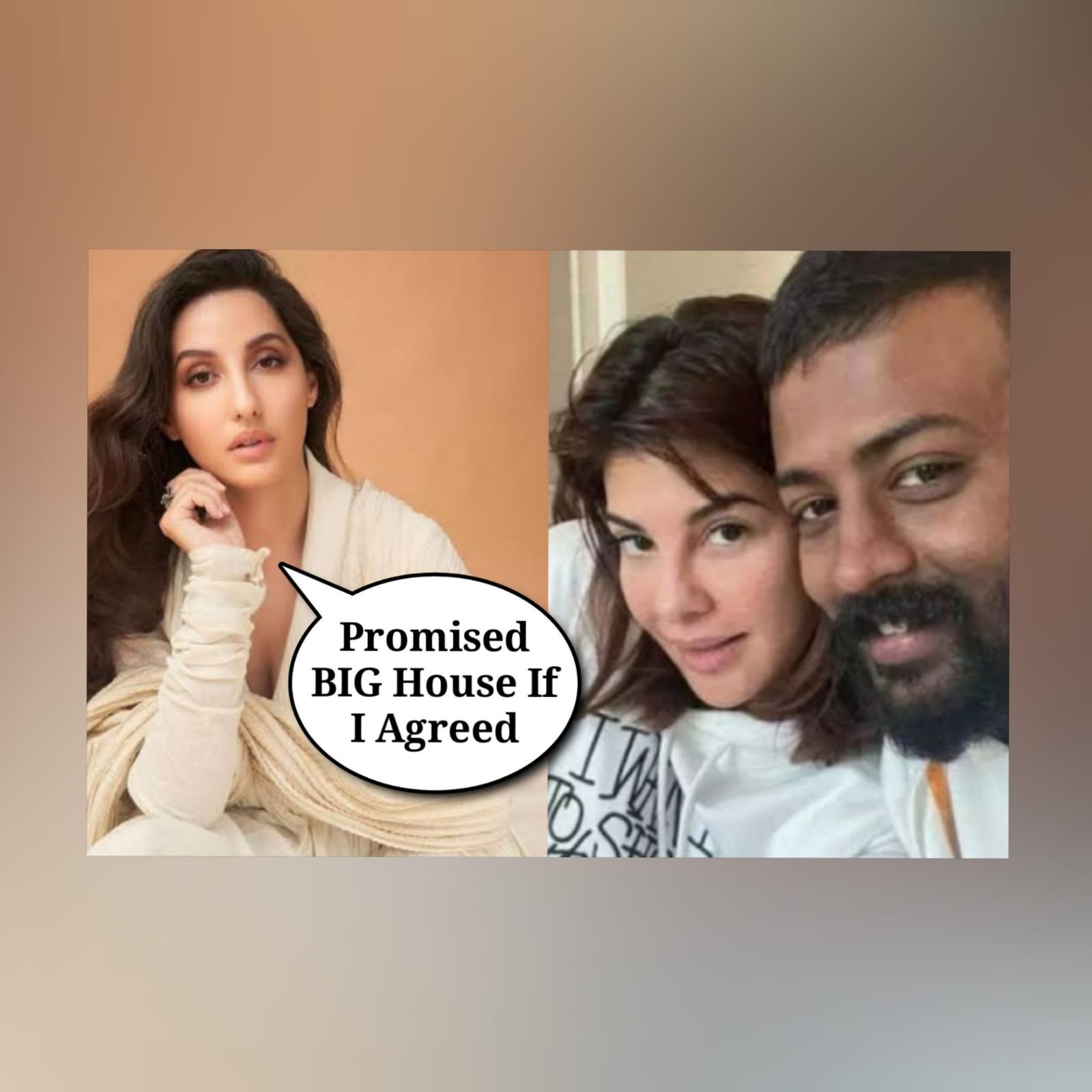 In her latest statement in the 200 crore scamster Sukesh Chandrashekhar case, Nora Fatehi has revealed –

that Sukesh allegedly wanted her to be his girlfriend! He had promised to finance her life, family and career if she agreed.

Nora further mentioned that he’d tried to lure her with the promise of expensive things like a BMW car, a big house and more. Fatehi said her family was ‘freaked out’ by this. Sukesh’s aide Pinky Irani had allegedly told her that many actresses were dying to be taken care of by Sukesh!

“Initially, I did not know who Sukesh was. Later, I thought he used to work at a company called LS Corporation. I neither had any personal contact nor did I ever have any conversations with him. I had no clue about this and I never met him. The only time I saw him was when the ED confronted me with him at its office,” Nora said in her court testimony.

Jacqueline Fernandez was revealed to be Sukesh Chandrashekhar’s girlfriend after intimate pics of the couple got leaked. Currently, even she is entangled in this controversy and is often brought in for questioning related to her involvement in the case.