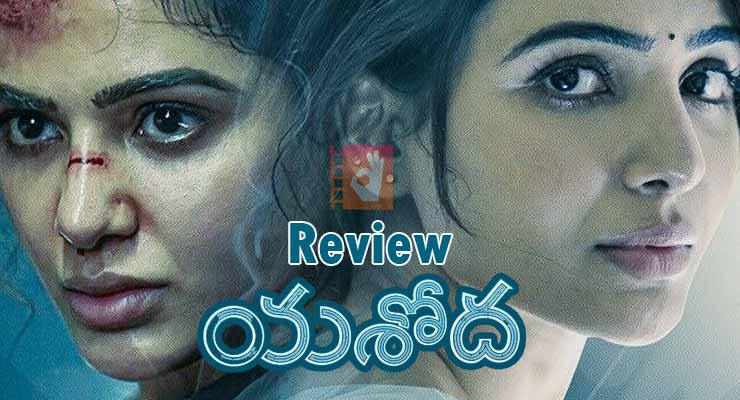 Samantha starrer Yashoda movie premiered on 11th November 2022. Samantha fans are most awaited film is Yashoda. so lets go to the Yashoda film review and see Samantha film will reach fans expectations or not.

Yashoda Movie Review: Story: After giving it some thought, Samantha (Yashoda), a girl from the middle class, chooses to become a surrogate mother and bear a child for a couple in exchange for cash and health insurance. After learning the shocking truth about surrogacy, Yashoda makes a number of choices that endanger her health. The rest of the tale is rescuing Yashoda from the labyrinth.

Analysis: The film’s strongest asset is its original idea, Yashoda, which has elements that would interest audiences of all ages and socioeconomic backgrounds. The book’s second half, which examines how emotions affect parenting, is especially well-done and grows more interesting as more facets are revealed. The first act was suspenseful and had a gripping story.

It was exciting to see Samantha in action scenes, and she did a fantastic job standing in for Yashoda. Samantha also showcased her talent for acting.

Everyone, including Varalaxmi Sarath Kumar, Unni Mukundan, Rao Ramesh, Murali Sharma, Sampath Raj do their best for given roles. It seems that Yashoda is a technological marvel. You are drawn into Yashoda’s world by the way his images are put together and sequenced. Although Manisharma’s songs aren’t all that fantastic, his stunning score demonstrated his skill as a background musician.