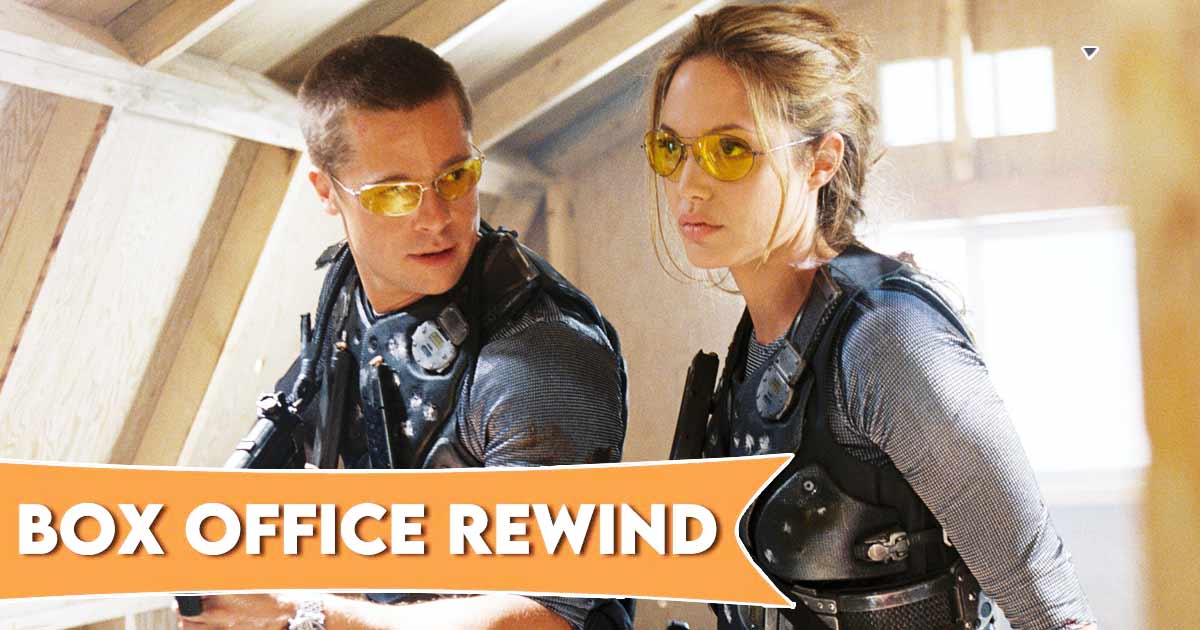 With $478.2 million, Angelina Jolie’s Mr & Mrs Smith Not Only Made A Scandalous Cheating Affair With Brad Pitt But Was Crowned Her Highest-Grossing Action Film For 10-Long-Years! [Box Office Rewind]

Angelina Jolie established herself as one of Hollywood’s Highest Paid Actresses back in 2002. She had not earned box office recognition then but remained in demand amongst filmmakers. It was Lara Croft: Tomb Raider – The Cradle of Life that turned out to be a game changer for her, but Mr & Mrs Smith changed her life drastically. Scroll below as we recall how the Brad Pitt starrer was crowned the actress’ Highest- Grossing Action Film for a decade in today’s Box Office Rewind.

Mr & Mrs Smith will remain one of the most controversial films in the career of Brad and Angelina. The film revolved around a bored married couple who eventually find out they’re both secret assassins. The actor was married to FRIENDS fame Jennifer Aniston then but allegedly cheated on her with Jolie on sets. They continued dating for years before tying the knot in 2014, only to separate in 2016. Rest, as they say, is history!

Coming back to today’s Box Office Rewind, did you know? Angelina Jolie earned major commercial success via Mr & Mrs Smith earned a whopping $478.2 million at the worldwide box office. It was the 7th Highest Grossing film of 2005 leaving behind biggies like Charlie And The Chocolate Factory, Batman Begins and Hitch.

What remains more interesting is that Mr & Mrs Smith remained Angelina Jolie’s Highest- Grossing Live-Action film for as long as 10 years. That’s a lot, right? But that’s the magic of her chemistry with Brad Pitt.