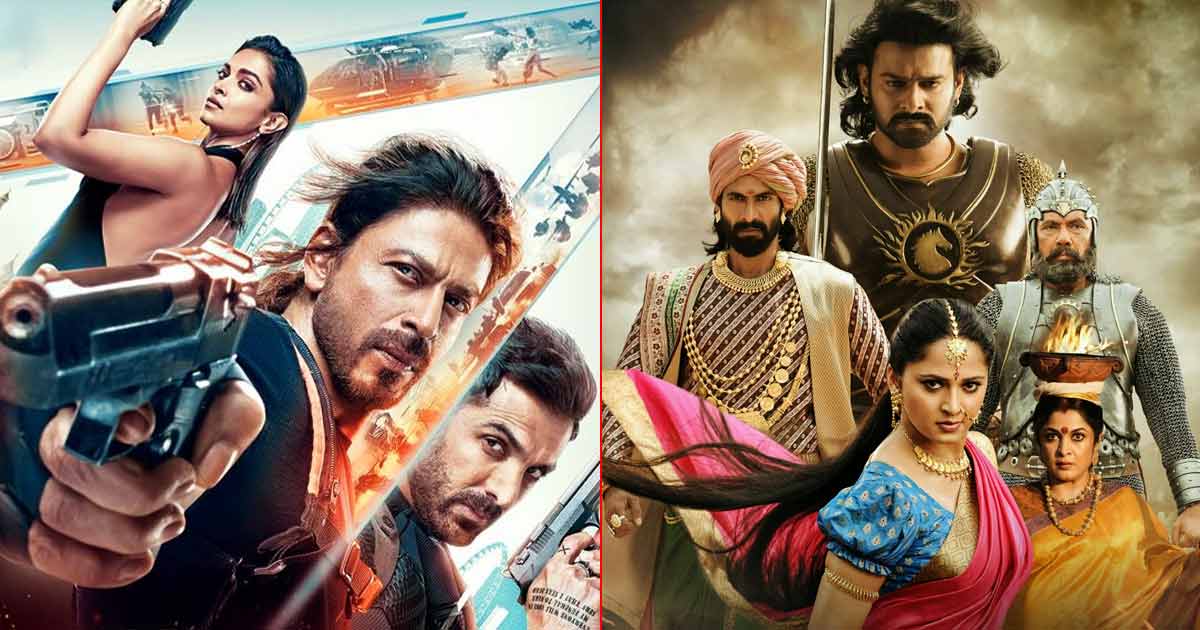 Pathaan is all geared up to hit the big screens on 25th January. With just a few days to go, there’s tremendous hype surrounding the film and fans are excited as hell to watch Shah Rukh Khan on the big screen. The initial advance booking trends too are crazy as the film is eyeing to take one of the biggest starts for Hindi cinema. But will it overtake Baahubali 2 (Hindi) at the box office? Let’s discuss it below!

Last year, we saw magnum opus like KGF Chapter 2 shattering records at the Indian box office with its Hindi dubbed version. The film recorded the biggest-ever start for a Hindi film, surpassing Hrithik Roshan and Tiger Shroff’s War. Then came Ranbir Kapoor’s Brahmastra, which too enjoyed an earth-shattering response in ticket sales. And Shah Rukh Khan is definitely aiming for that!

Coming back to Baahubali 2’s feat, the Hindi version holds a record for selling around 711,000 tickets in national multiplex chains for the first Sunday. It’s also the highest number for a single day. It’s been around 6 years and the number is yet to be touched by any film. Now, with Pathaan mania taking over the country, there are high hopes that the record could be broken.

Pathaan is a non-holiday opener and it’s impossible that Baahubali 2’s record will be surpassed on day 1. But if the film receives a positive response, who knows, Baahubali 2 might become history on the very next day of the release i.e. Republic Day holiday.

What do you think, will Pathaan challenge Baahubali 2‘s ticket sales record in the Hindi version? Share with us through comments!

Must Read: Minissha Lamba Refers To #MeToo Accused Sajid Khan As ‘Creature’, Refuses To Take His Name: “The Less About That Person, The Better”