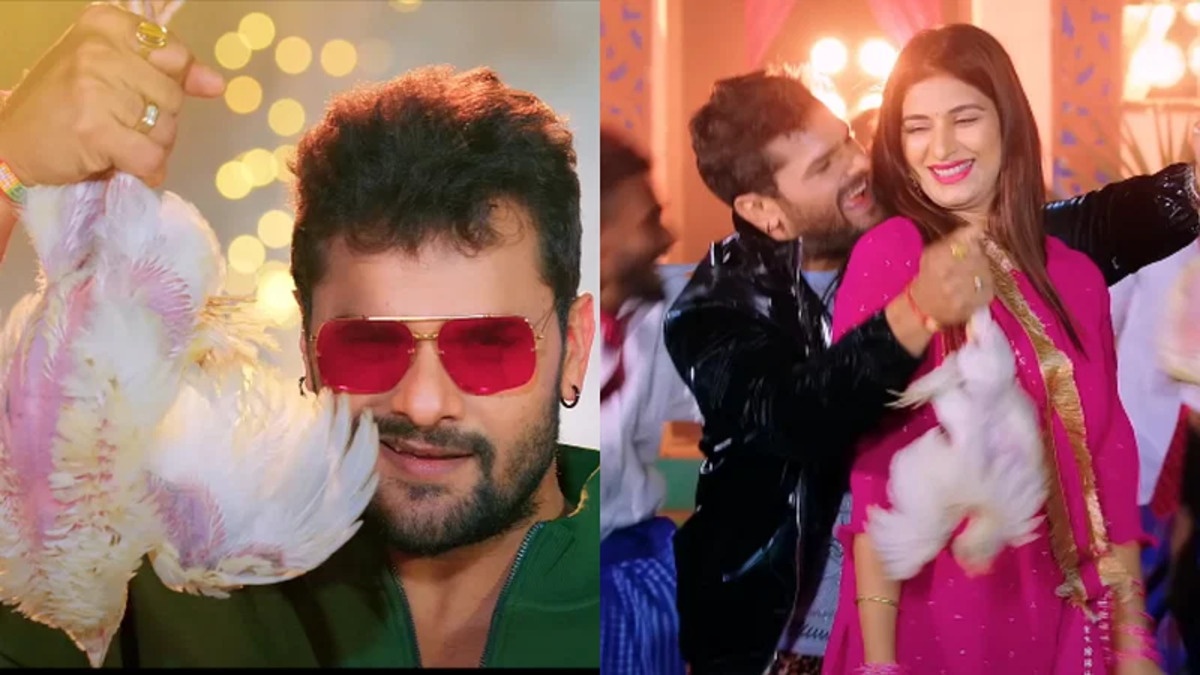 ‘What The Hell?’ Bhojpuri Actor Khesari Lal Yadav Slammed For Promoting ‘Animal Abuse’ In A Song!

Bhojpuri sensation Khesari Lal Yadav has several films like Dulhaniya London Se Layenge, Bol Radha Bol, and Litti Chokha to his credit. Besides having immense popularity in the regional cinema of Bihar, he is also quite famous in Bollywood where he made his debut with 2016 movie Global Baba.

Yadav was seen singing and performing on Holi Me Ude with Sandeepa Dhar and Pankaj Tripathi in the film. Recently, he released a Bhojpuri song titled Dhamaka Hoi Aara Mein 2.0 alongside actress Poonam Dubey. But this time, Khesari is receiving more hatred than love from audiences. Read more to know why!

Actually the new track of Khesari features him holding two chickens upside down while dancing with his female counterpart. Taking a note of the same, an animal welfare organisation ‘People for Animals’ has slammed the singer for promoting ‘animal cruelty and abuse’.

Sharing the clip of the song on their official Instagram account, they asked in caption if animal abuse the new form of entertainment or is it fun. They requested all animal lovers to come forward and help get this video removed. “Do not watch the full video on their profile as you will be increasing their reach. Also, tag @poonamdubeyoffical and @khesari_yadav and ask them to stop animal cruelty and abuse,” it read.

Soon after, netizens started bashing the former Bigg Boss 13 contestant in the comments section. A user said, “This shows theie mentality. These people are most responsible for ruining our coming generation. Such kind of entertainment or cinema should be boycotted forever. So that they shall know jo inhe upr la skte h wo chand minton me niche bhi gira sakte h.”

Another commented, “What the hell??? where we are going as a human beings..💔getting worst by the day.” 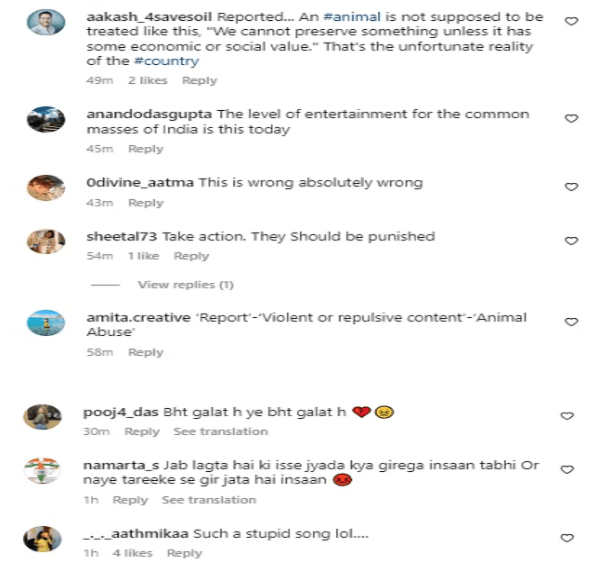 Before this, Khesari Lal Yadav hit headlines when he alleged that his daughter’s name and pictures have been misused. He had also requested Bihar Chief Minister Nitish Kumar and the Bihar Police to take strict actions against those who threatened to rape his daughter and wife. 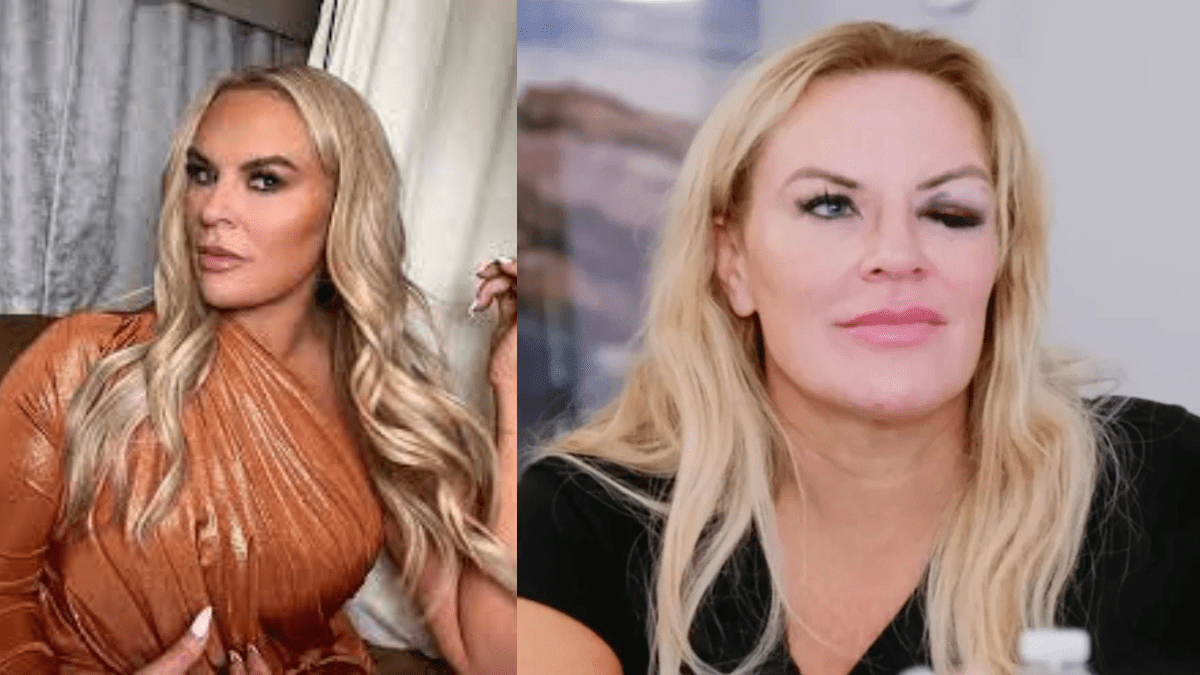 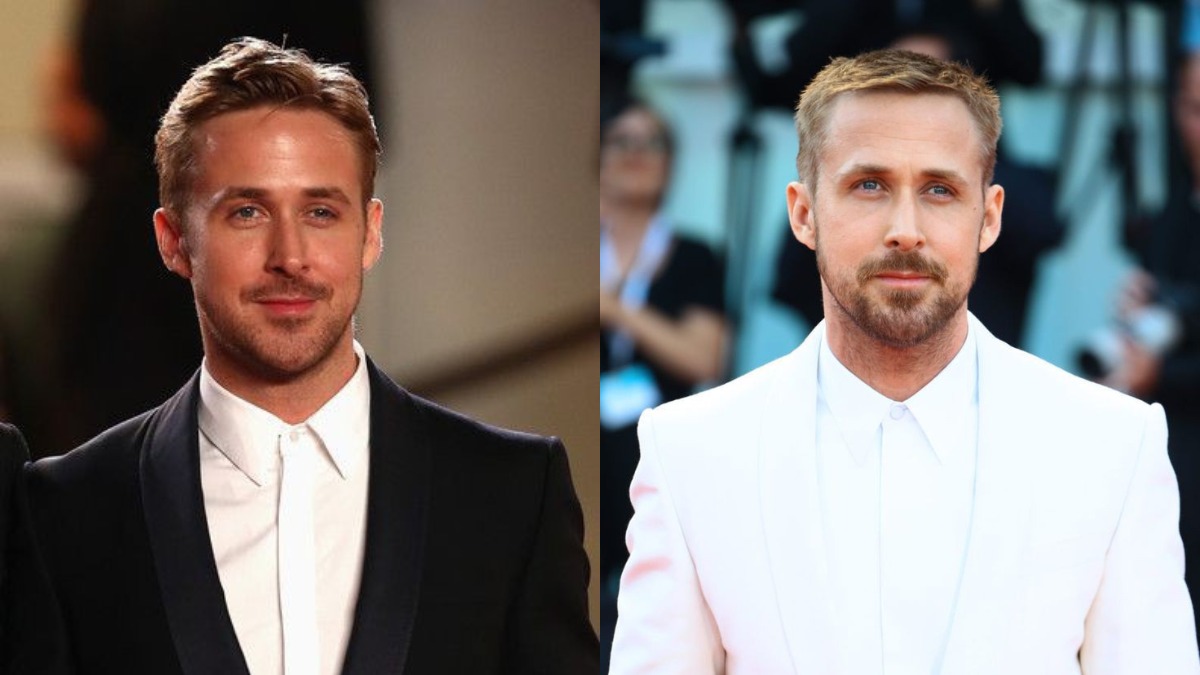