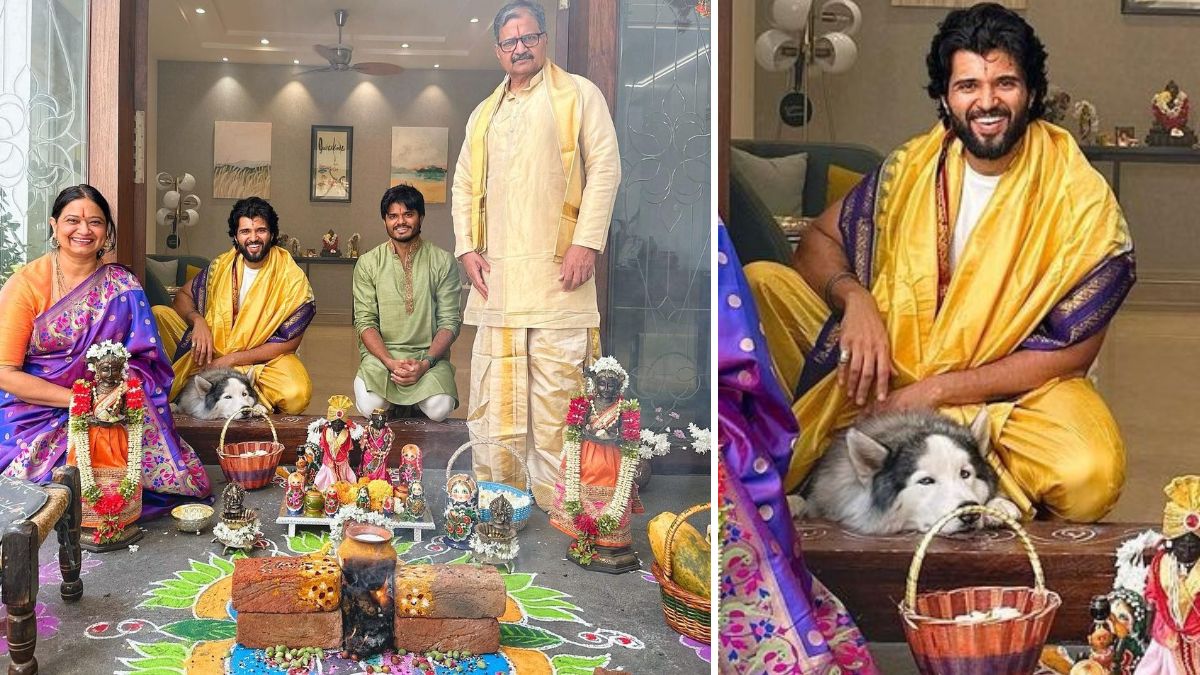 Various celebrities share a glimpse of the celebration of Makar Sankranti. On the landmark occasion, Makar Sankranti, South superstar Vijay Deverakonda allowed fans to make wishes and watch puja at home. Last Sunday, Vijay posted a photo of himself with his family on Instagram and wrote, “Happy Sankranti.”

Vijay Deverakonda shared a family photo and wrote “Happy Sankranti” on Instagram. It showed his parents standing on either side of the door. In the centre is a makeshift weight built over a rangoli, with a pot on top. Nearby you can also see the idols of several gods. Vijay and his brother are sitting near the door. Vijay was seen wearing a dhoti and a yellow silk shawl while his brother Anand Deverakonda was seen wearing a green kurta and white nightgown.

Fans Praise Him To Be Connected with culture and Tradition 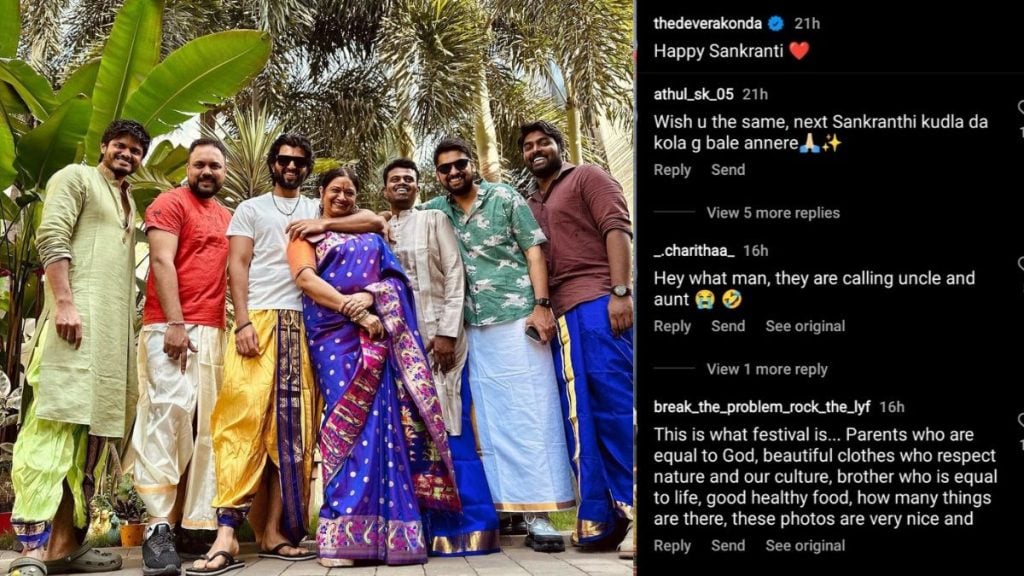 Fans who saw the photo couldn’t hide their excitement and left comments. “I hope you do too.” One user commented. “Very traditional dress,” added another user.While Many fans praises actor to be connected with culture and Traditions.Vijay Deverkonda Followers always praise his favorite actor. On Instagram more than 17 million People follows him. In the picture, pet dog of Vijay is also seen next to him trying to immobilise Deverkonda during taking pictures. 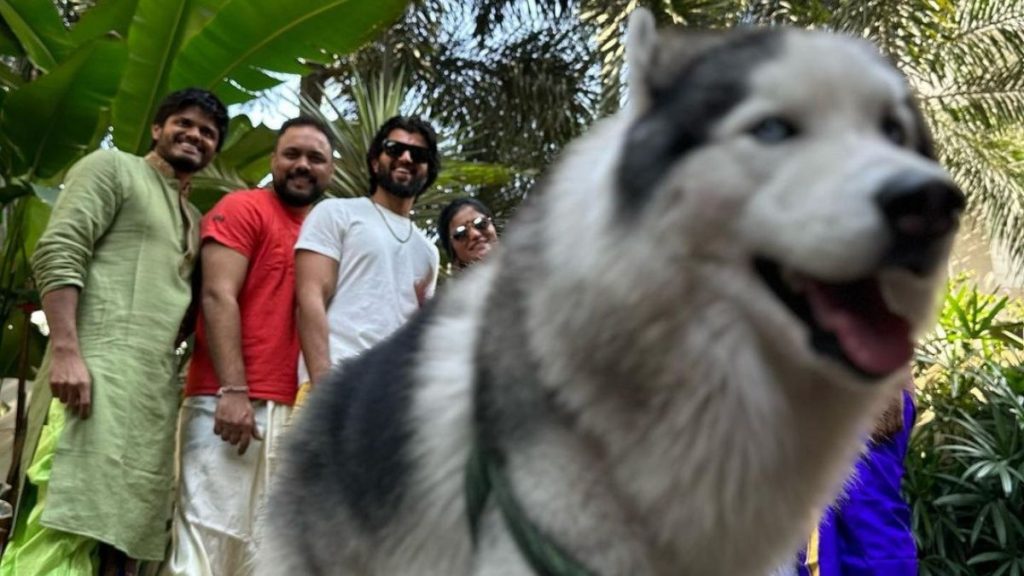 Vijay was last seen in his debut Bollywood film Liger. In the film, directed by Puri Jagannadh, Ananya Panday plays opposite him. However, it failed to impress critics or audiences and failed at the box office.He is currently filming Kushi with Samantha Ruth Prabhu. A Telugu film written and directed by Shiva Nirvana is due out this year. There is also the next Gutam Tinnauri.