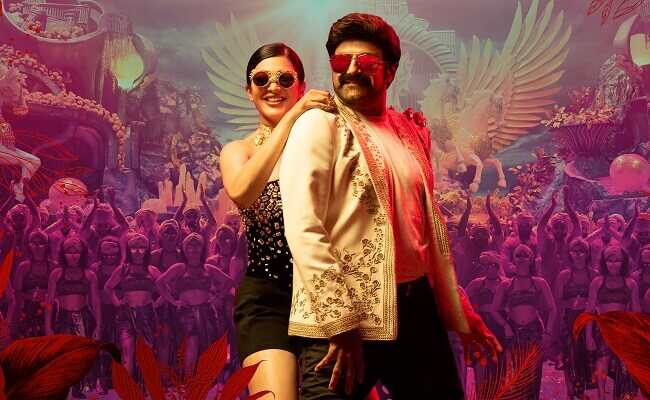 That said, Veera Simha Reddy’s story has nothing new to offer. We get the brother-sister sentiment and how revenge clouds one’s judgement. Shruti Haasan’s role could have been done by anyone. The so-called comedy sequences are as old as the hills and did not bring in any laughs. And her character vanishes after the initial half an hour. Similarly, Duniya Vijay as the antagonist looked deadly. However, his role lacked the punch that was needed to take on two Balakrishnas. Veera Simha Reddy is a film that reeks of cliched ideas. While most of them work, the lack of depth in the story made it an average affair.

Gopichand Malineni disappointed all with Veer Simha Reddy output as he did not work on the story. He just tried to elevate the heroism of Balakrishna in dual roles and it did not come with any twists. Everyone passes through the motions and Gopichand Malineni’s screenplay failed to connect chords. It lacked a realistic feel and the entire film tested the patience of the viewers. The direction followed the same template and did not try any deviations. Overall, Veera Simha Reddy offered nothing new and instead offered routine product.

On the whole, Veera Simha Reddy is a decent action entertainer that has all the commercial elements to entertain Balakrishna fans. Balakrishna as Veera Simha Reddy is outstanding, and Varalaxmi Sarathkumar also stuns everyone with her performance. The second half disappoints much, and if it had been engaging like the first half, the film would have been a blockbuster at the box office. It’s a feast for fans, and it would be a decent experience for action lovers. Give it a watch this Sankranthi to enjoy the mass of Balayya.

Veera simha Reddy has a “mass-blast” first half that is sure to please everyone, but the second half lacks the same energy. The weak villain compounds the problem, and the sister emotion lingers. It turns out to be an average meal that would benefit immensely from the holiday season. The first half of Veera simha Reddy is excellent and a feast for the audience and supporters. However, the second half falls short. The traditional second half solely benefits stadiums and B,C centres.

Overall, Veera Simha Reddy offers nothing new storywise, but the majestic presence of Balakrishna and the mass-pleasing moments take care of the first half. The sentimental course later puts things off track, and the movie never recovers. If one likes mass dramas with a heavy dose of sentiment, the movie offers enough to be a decent one-time watch.

Veera Simha Reddy is a movie that will cater mostly to Balayya’s die-hard fans, for its over the top action sequences. Otherwise, the film is just a routine faction drama that has loud music, action sequences and a routine story, which may not appeal to the general audience.

The story about father and son action/drama film. Jai(son) stays in Istanbul with his mother and love interest. Meanwhile in Rayalaseema, Veerasimha Reddy rules his region and people in a prosperous way. It is the story about how Jai fulfils his father’s wish in Rayalaseema.