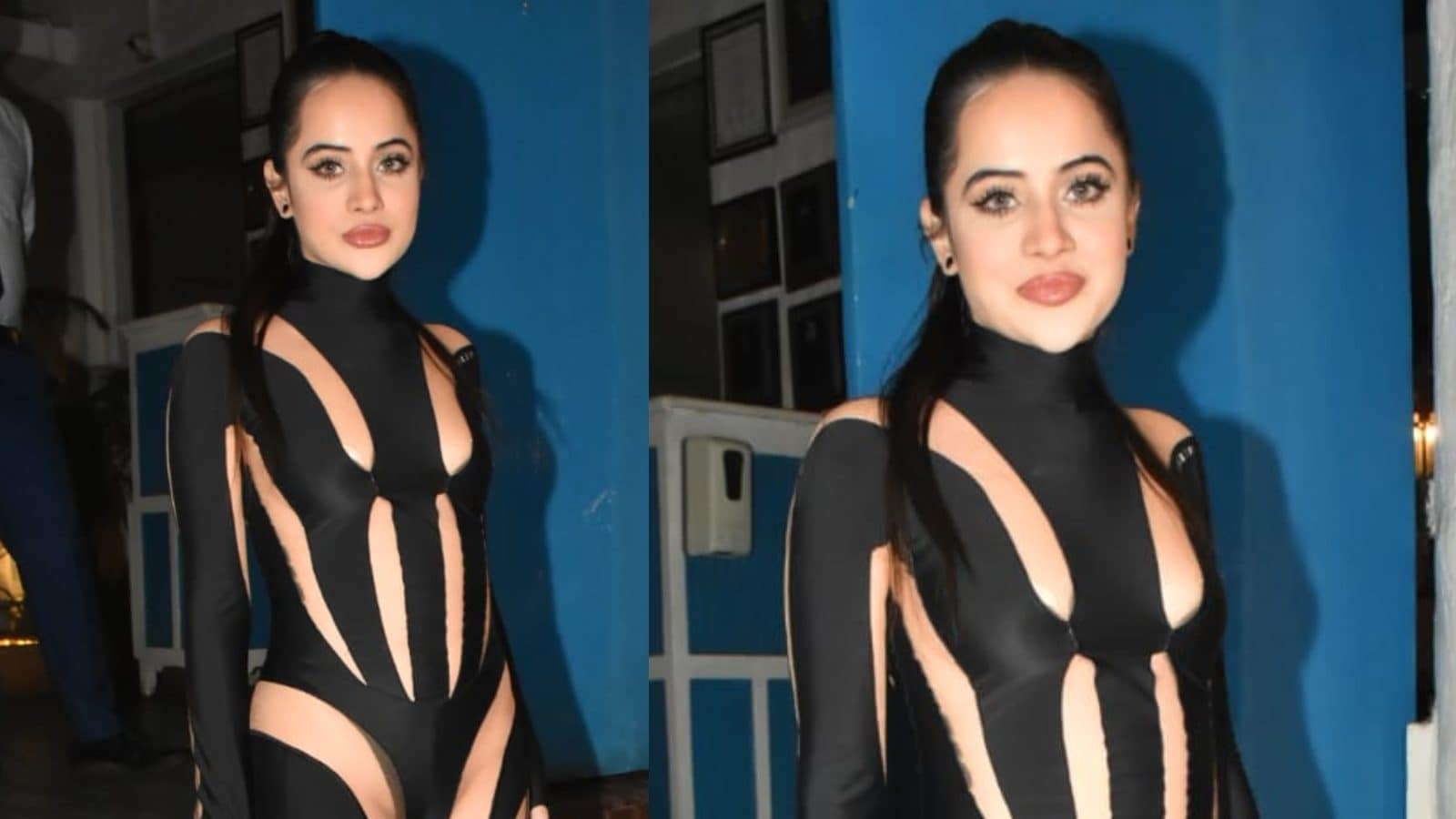 This comes a day after Urfi Javed defended her choice of outfits in an interview and admitted that she is ‘doing it for attention’.

What is the first thing that comes to your mind when you think of Urfi Javed? Obviously, her sartorial choices. Each time the Bigg Boss OTT fame is spotted her public, her outfit grabs everyone’s attention. On Thursday too, Urfi was snapped by the paparazzi when she left everyone stunned with her look.

Urfi sported a black outfit that had cuts all over. She accessorised her look with simple black earrings and tied her hair into a ponytail. The actress opted for glam makeup and grabbed all eyeballs.

However, soon after the video of Urfi’s look was shared online, several social media users expressed disappointment and trolled the actress. While some called it a ‘fashion disaster’, others jokingly asked if Urfi does not feel cold in such revealing outfits. “Sab theek hai, isko thandi nahi lagti kya?” one of the comments read. Another user wrote, “She has created herself an image of a joker… and guess what… we are tired of laughing now.” “I can’t be the only one wondering what she will do when nature calls,” a third user commented.

This is not the first time that Urfi Javed is getting trolled for her choice of outfits. She often faces trolls and even threats on social media because of her bold attire.

Recently, Urfi defended her choice of outfits and admitted that she is ‘doing it for attention’. “This industry is all about getting popularity and getting attention, so what is wrong with it then?” she told E-times.

Urfi Javed also shared that she is not the only one who is wearing ‘these kind of clothes’ and argued that there are several girls who share bikini pictures on social media. “I am just a 25-year-old who has done nothing wrong and these people are making me out to be a criminal. They are complaining about my clothes but are not willing to say anything to those who have been threatening me with murder and rape. These people don’t have a problem with my clothing, they are just here to get some attention by using my name,” she added.