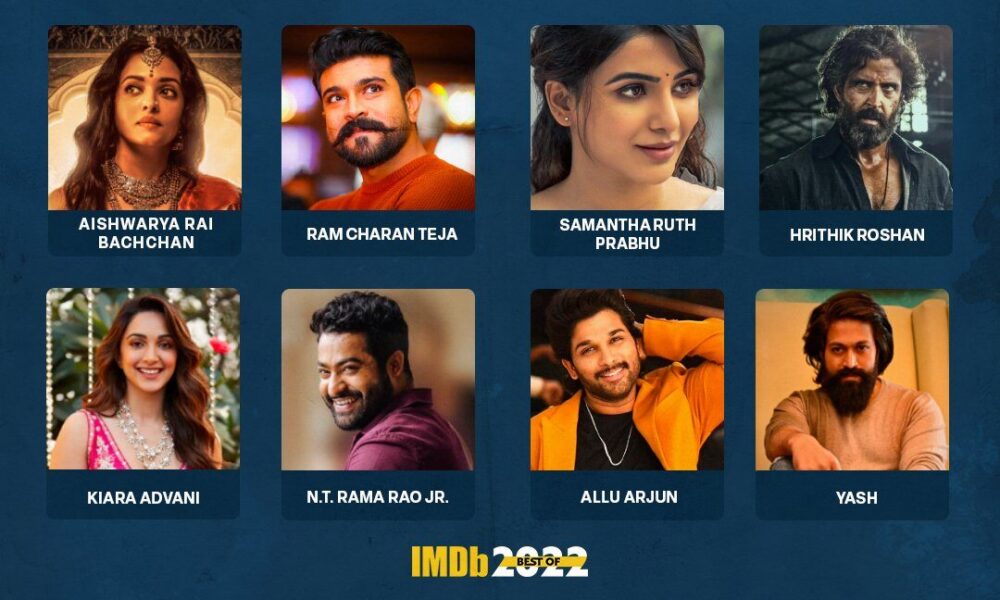 The world’s most popular and authoritative source of information on movies, TV shows, and celebrities. IMDb has recently released a list of the Top Popular Indian Stars of 2022. As the list certainly featured India’s most loved celebrities, it saw the presence of Hrithik Roshan, Allu Arjun to Samantha Ruth Prabhu topping the list. Samantha Ruth Prabhu, Hrithik Roshan, and Allu Arjun have undoubtedly taken over the whole year with their blockbuster films. This has certainly shown the power of the superstardom that they enjoy across the globe. Moreover, having them on the list of Top Popular Indian Stars of 2022 has come as a well-deserved one.

While sharing the list on their social media, IMDb jotted down the caption – “Aaaand we have arrived at the moment we’ve all been waiting for Presenting the IMDb Top 10 Most Popular Indian Stars of the year Who was your favourite Indian star this year? #IMDbBestof2022”

Who was your favourite Indian star this year? 🎬⭐️ #IMDbBestof2022 pic.twitter.com/w6deLsCZ9y

Just like in other roles, Hrithik Roshan truly nailed his character of Vedha in his blockbuster Vikram Vedha and collected immense love and praise for his performance. Samantha Ruth Prabhu with her dazzling presence in the ‘Oo Antava’ song from Pushpa: The Rise made her name top the headlines while she is currently enjoying the success of Yashoda.

On the other hand, Allu Arjun has been creating examples of his crazy stardom after the release of Pushpa: The Rise which has taken over the nation by storm with its phenomenal success. He has also owned this year by winning big awards and titles on his name, starting with him representing India in New York as Grand Marshall at the annual Indian day parade or winning the best actor (Telugu) award for Pushpa: The Rise at SIIMA to winning the Filmfare award south for Best actor for Pushpa: The Rise. Now, the superstar has added one of the biggest recognitions to his name by winning the title of ‘Indian Of The Year 2022’ in the Entertainment category at Delhi.