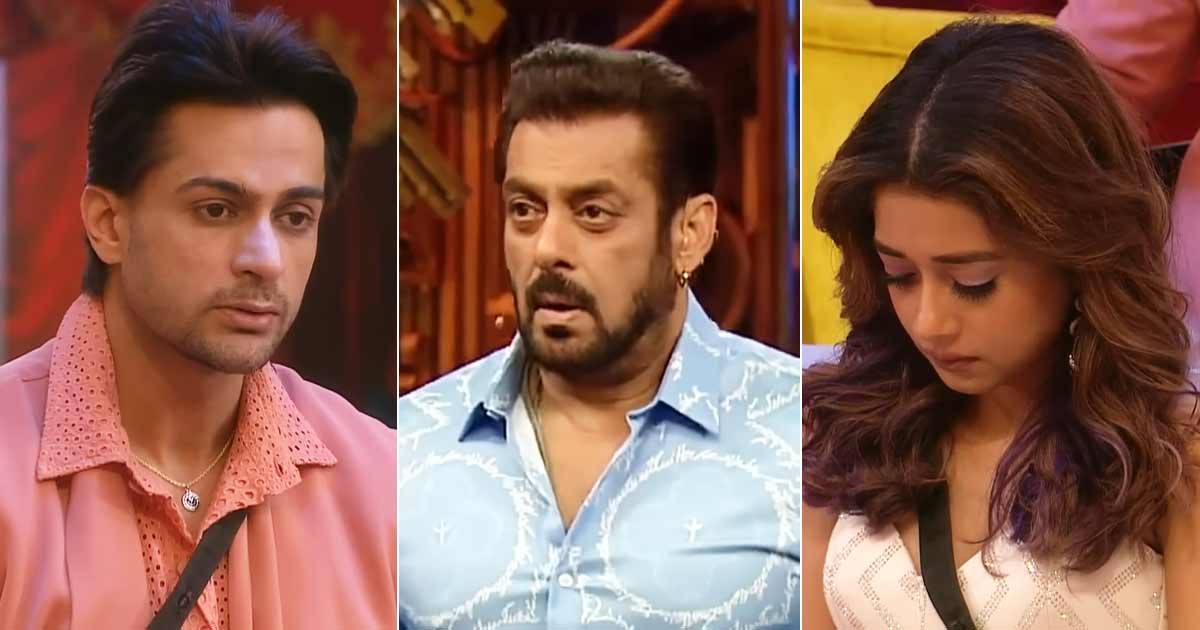 Tina Datta Breaks Down After Salman Khan Exposes Her Over Revealing Shalin Bhanot’s Secrets, “I Am Tired, I Want To Go Home Sir”

It’s the weekend again and it’s time for the Weekend Ka Vaar episode for Bigg Boss 16 fans. Not only housemates, but fans also wait for Salman Khan on the weekends. As the controversial show is reaching towards the finale, the drama is getting intensified.

In the latest promo of Weekend Ka Vaar, Salman Khan can be seen bashing Tina Datta over her recent conversation with Priyanka Chahar Choudhary where the actress revealed that Shalin was desperate enough to meet her even before the show. As soon as Salman exposed Tina, she started crying and pleaded to leave the show. Scroll down to read the shocking details.

In the recent promo of Bigg Boss 16 that’s going viral on the internet, Salman Khan can be seen scolding Tina Datta. While interacting with housemates, the superstar made sure to highlight how she revealed all about Shalin Bhanot. However, he was quick to point out that Tina kept things secret for the past 15 weeks. And now when the equation between them has become sour, the actress went on to make the revelations. After listening to Salman Khan, Tina broke down and started weeping inconsolably. The superstar asked Tina, “Aur koi limit rakhi hai, koi limit rakhi apne?” To which Tina said, I am tired, I want to go home sir. Har cheez ka mere upar blame aa raha.”

it really really saddens seeing #TinaDatta breaking down like this. 15 weeks n NO grilling has ever happened of Shiv Nimmo Stan etc!! Also HATS OFF to #PriyankaChaharChoudhary: the wayyyy she is consoling Tina; I m so fuckin proud of supporting THE BEST ♥️🫶🏻#BB16 #BiggBoss16 pic.twitter.com/8Ay8H2e9V4

As soon as the Bigg Boss 16 promo video went viral, netizens responded and called it Tina’s Karma. One of the users wrote, “Not feeling bad for her even for a minute. This is not even 10% of what she put Sumbul through in return for all the love and trust.” Another user simply wrote, “Karma”.

Not feeling bad for her even for a minute.

This is not even 10% of what she put Sumbul through in return for all the love and trust.

For the unversed, the Tuesday episode of Bigg Boss 16 witnessed one of the ugliest fights between former friends Tina Datta and Shalin Bhanot. After Shalin chose to support Nirmit Kaur Ahluwalia, Priyanka and Tina lost their cool on Shalin Bhanot. Later, both the girls were captured mocking Shalin for maintaining double standards.

Must Read: Ekta Kapoor Calls Radhika Madan A ‘Sad’ & ‘Shameful’ Actor After Her Comment On Taxing Work Culture In TV: “Have No Respect…”