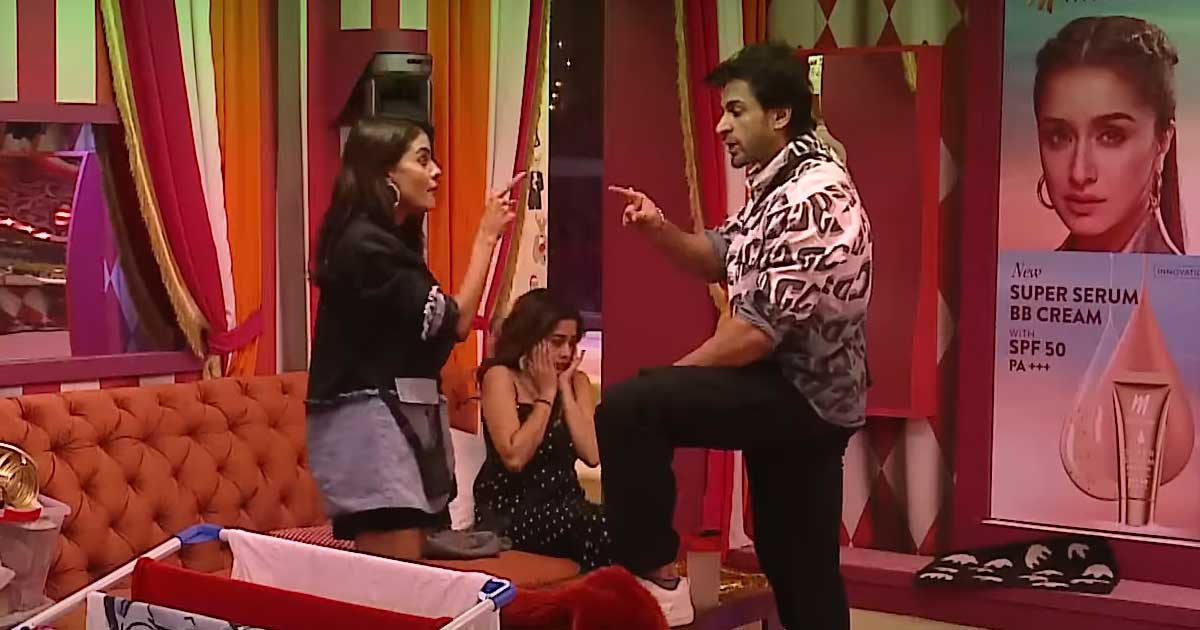 In an upcoming episode of ‘Bigg Boss 16’, a major fight will be seen taking place between Shalin Bhanot and Priyanka Chahar Choudhary amid a task. In the task, the voice of Bigg Boss will be heard saying that it has been 14 weeks and who, according to the contestants, still needs a clear vision.

A contestant has to name another housemate who is confused and unclear about his/her thoughts; post taking a name, they have to give an explanation and apply the foam on them.

Shiv again names Shalin and gives the reason: “Pal bhar mein kuch dusre pal mein kuch.” Mc Stan says he has not understood Tina at all and hence puts the foam on her face. Abdu calls Shalin and states that he does a lot of overacting, Abdu adds that Shalin changes in every five minutes and calls him fake. Sajid calls Sreejita because he finds her confusing.”I am not able to understand her character who is she exactly,” says Sajid.

A huge fight between Priyanka and Shalin as he jerked away her hand while she was trying to put foam on him. As shocking as it sounds, but Tina calls Shalin and says he fights and disrespects a lot,”False promises karta hai. It’s always about ‘mein mein mein’,” she said.

Must Read:  Bigg Boss 16: Priyanka Chahar Choudhary To Finally Become The Captain For The First Time