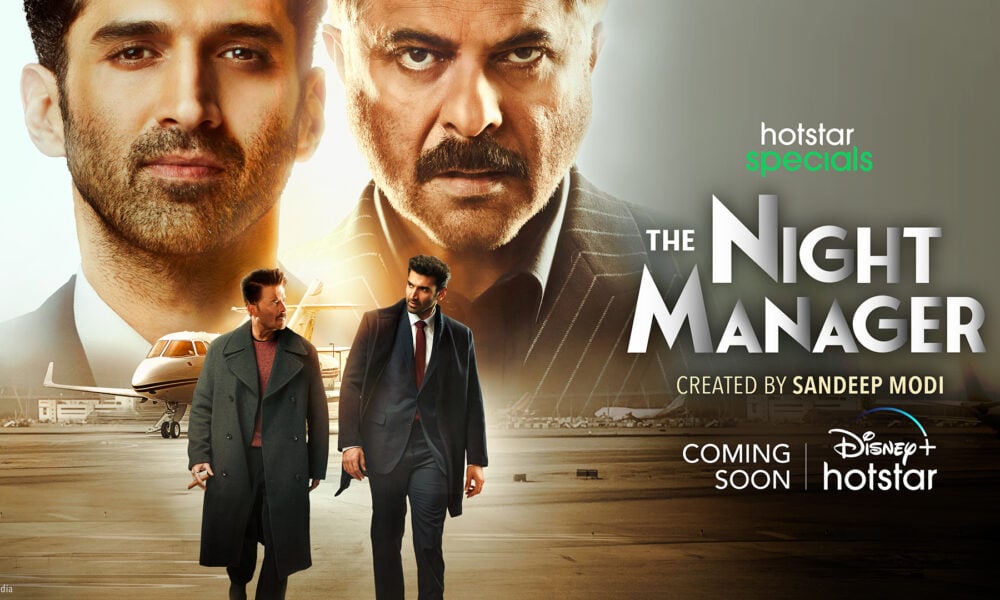 Kicking off the New Year with power and scale, Disney+ Hotstar announces one of its biggest shows for 2023 ‘The Night Manager’. A high-octane thriller wrapped in lavish drama and picturesque sights, the Hotstar Specials series brings together a power-pair – Anil Kapoor and Aditya Roy Kapur in never seen before characters. It’s gripping, it’s layered, it’s complex…it’s everything one can expect in a thrilling package. Created and Directed by Sandeep Modi and co-directed by Priyanka Ghosh, the series is produced by The Ink Factory and Banijay Asia and will release soon on Disney+ Hotstar.

You have to agree that it is the actors as well as the crew who help create magic on our screens. And Sandeep Modi, the creator and director of The Night Manager tells us how the eclectic cast and crew of the upcoming series helped bring his grand vision to life!

He said, “We have put together an eclectic cast and crew not just from across India but across the globe to bring forth the larger vision I have for this engaging saga. From leading actors like Aditya Roy Kapur and the legend Anil Kapoor from the Hindi film industry, we have Sobhita Dhulipala who has made a huge mark in the OTT world and films down south, Tillotama Shome who has been a breakout talent in International new age cinema, to even Saswata Chatterjee who is a stalwart from the Calcutta Film industry, all bring this ensemble alive.”

He added, “We have an even interesting crew behind the scene – Sridhar Raghavan, the writer of some of the biggest blockbusters like War and Tiger Zinda Hai franchise, Akshat and Shantanu writing dialogues known for Badhaai Ho who get us the local quirk to the show, Sam CS from the Tamil Industry who brought us Vikram Vedha scores the music, DOP of War and Bang Bang from Australia – Ben Jasper and of course Mukesh Chabbra who is the best casting director of the country as per me. Our costume stylist Kshitij Kankaria is a Paris based designer and has brought his international sensibilities and taste to our characters, and then there is Anaita Shroff Adajania who has dressed the biggest stars of our country over the years. This is a dream cast and crew but we always knew to deliver the best to the audience, we needed the best that there ever can be”.