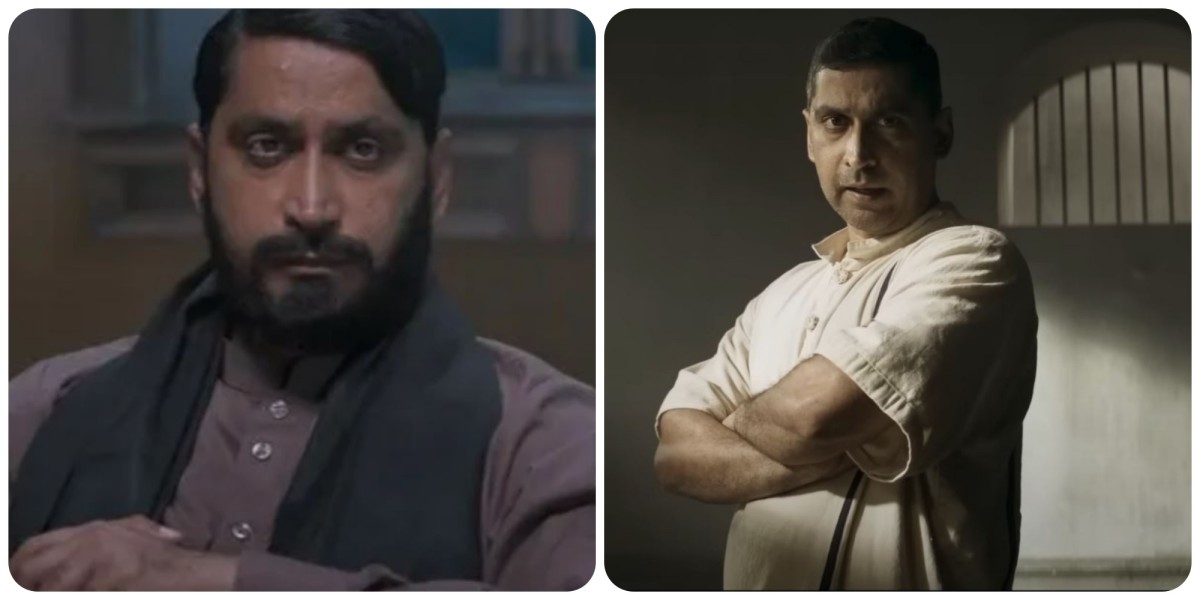 The versatile actor makes it clear that he is a Centrist and doesn’t support any ideology, but humbly states that these roles are a dream come true for any actor.

It takes a brave man to play a monster like Farooq Malik Bitta in Vivek Ranjan Agnihotri’s The Kashmir Files [2022]. The character was an amalgamation of real life terrorists Bitta Karate and Yasin Malik. Though pure evil, Chinmay Mandlekar was praised for his intense performance.

One year later, he plays another controversial figure in veteran director Rajkumar Santoshi’s Gandhi Godse Ek Yudh [2023]. Mandelkar plays Nathuram Godse, the man who killed Mahatma Gandhi. Santosh’s film presents a hypothetical scenario where Gandhi survives the assassination attempt by Godse, thereafter the great man expresses a desire to have a conversation with the Hindu hardliner.

On the look it, can we say that Mandlekar has gone from extreme (Farooq) to another (Godse)?

“If you speak from the point of texture, yes it is another extreme role, You played a Muslim extremist in one film, and here you are playing the role of a man who is dreaming of a Hindu rashtra,” Mandlekar replied.

He adds, “For an actor, it is a dream come true. If you talk of ideological extremes, I am right in the centre – neither here nor there. In my mind, there is space for everything. As an actor I’m very happy that I got to work with two wonderful directors.”

Gandhi Godse Ek Yudh is set to be released in theatres on 26 January.