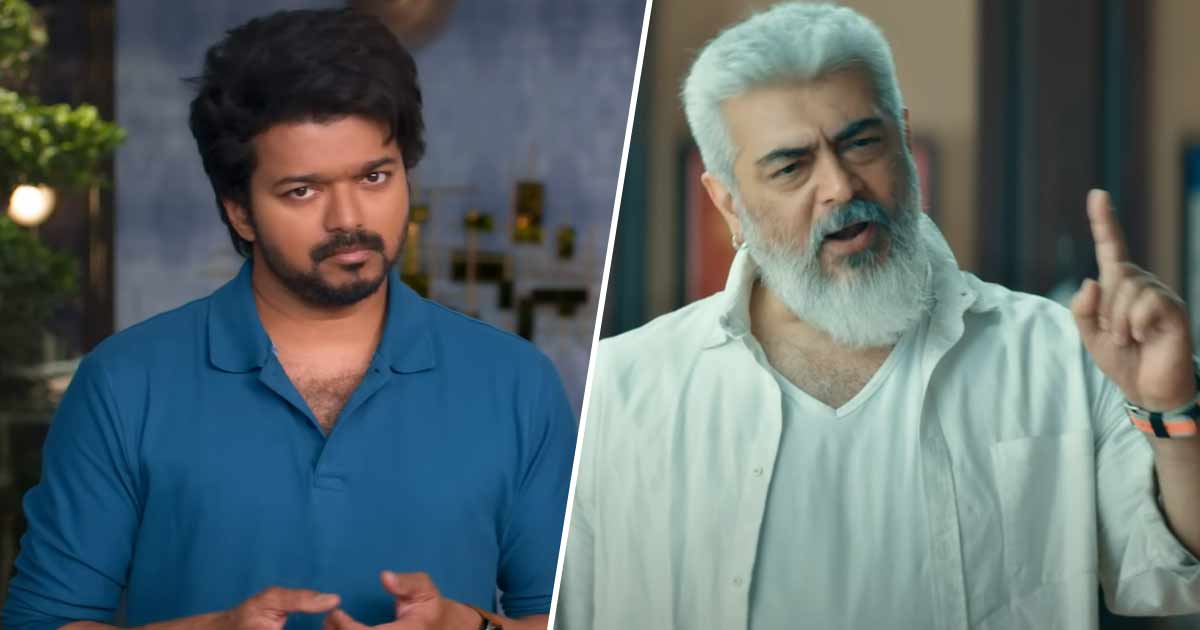 Thalapathy Vijay Starrer Stays Above Ajith Kumar’s Film But The Distance Isn’t Too Much!

Kollywood is all set for one of the biggest clashes in recent times with Thalapathy Vijay’s Varisu and Ajith Kumar’s Thunivi locking horns at the box office. Considering the festive season of Pongal, both films are expected to open big. But let’s see who has stayed at the top so far in day 1 advance booking!

Yesterday, we carried out a report about the Thalapathy Vijay starrer, stating that it has taken a rocking start in advance booking. Even during Beast, the response was huge and the film had recorded the best-ever pre-sales figures for a Tamil film. Now, as there’s a big clash, everyone is excited to see how the biggie fares amid the competition.

As per the report on Sacnilk.com, Varisu has earned 4.76 crores gross so far (till yesterday night) through advance booking for day 1. The film has sold around 2.49 lakh tickets for the Tamil version. As the listed show count is getting increased now, the number will see a big spike. Vijay’s last release, Beast had crossed the mark of 20 crores gross on day 1 through pre-sales. Let’s see how this one turns out to be with just 2 days to go!

Speaking about Thunivu, the Ajith Kumar starrer too is witnessing a good response for day 1 advance booking. So far, the film has earned 3.79 crores gross by selling around 1.92 lakh tickets of the Tamil version. Just like Varisu, the online show count continues to increase, so expect a big jump in the final tally.