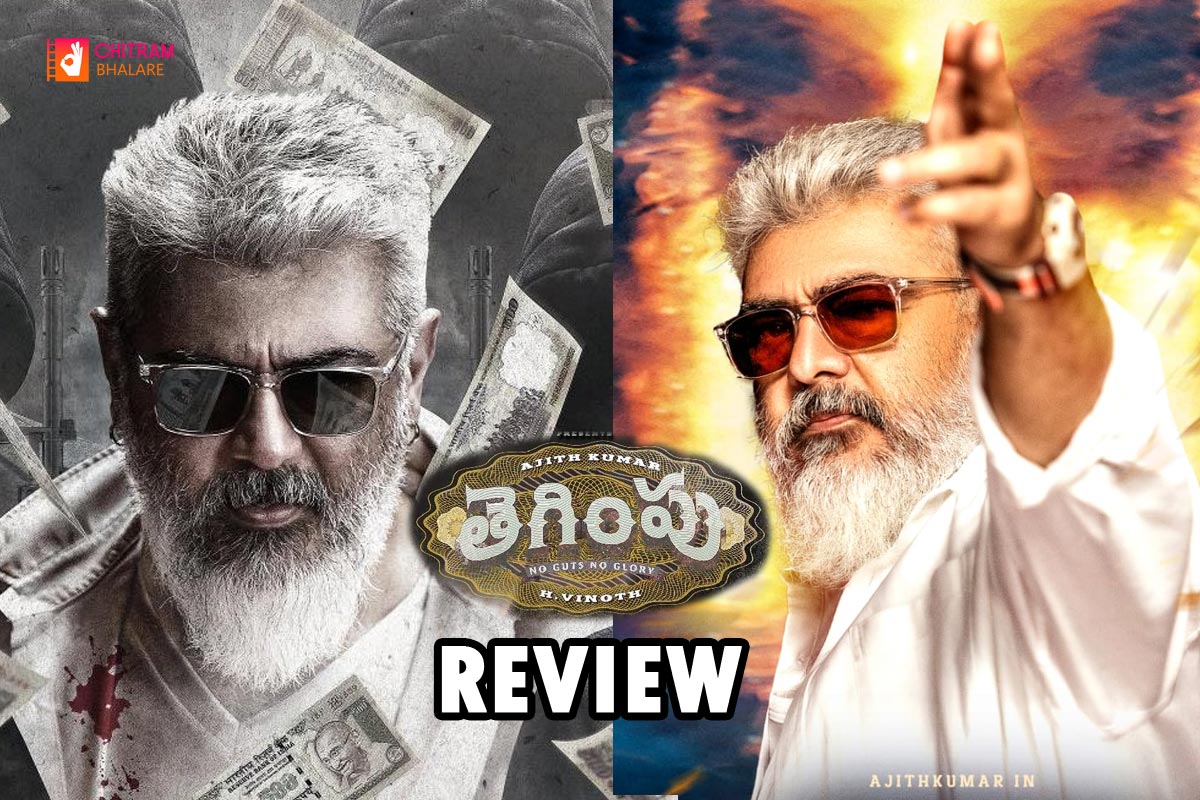 Story: In order to split the proceeds of a bank robbery in Visakhapatnam, a cop makes a deal with a gang of criminals. The group starts their plot and breaks into the bank before realising that Darkdevil (Ajith Kumar) was also there to rob.

He kills a few goons and takes hostages the patrons, workers, and other thugs. He is who? He intended to rob the bank, but why? Who is assisting him? All the solutions are in the main movie.

Technical Aspects: Ghibran’s BGM is decent, but the songs didn’t have much of an impression. Although the film’s length should have been slightly shorter, the cinematography is excellent. The quality of the production is good. It is fairly dubbed in Telugu.

Regarding the movie’s director, H.Vinoth, he did a mediocre job. He has used a strong plot, but he hasn’t quite succeeded in writing a compelling screenplay. The overall impact of the movie is still lacklustre, despite the wonderful moments he sprinkles in here and there.

Verdict: Thunivu Strictly Below Average 1st Half. Other than a few mass moments with Ajith, nothing intriguing has happened until the interval portion and the movie is running on a very flat pace.

Film has a better second half and H Vinoth makes sure to pack the film with fan moments even though Ajith has less screen time. However, should’ve taken more care of the overall screenplay.

Thunivu Overall An Action Thriller with an interesting premise/setup but falters in execution. Ajith carries this movie with his mannerisms and mass moments. Had a lot of potential but the screenplay does not hold interest for the majority. Mediocre at best!