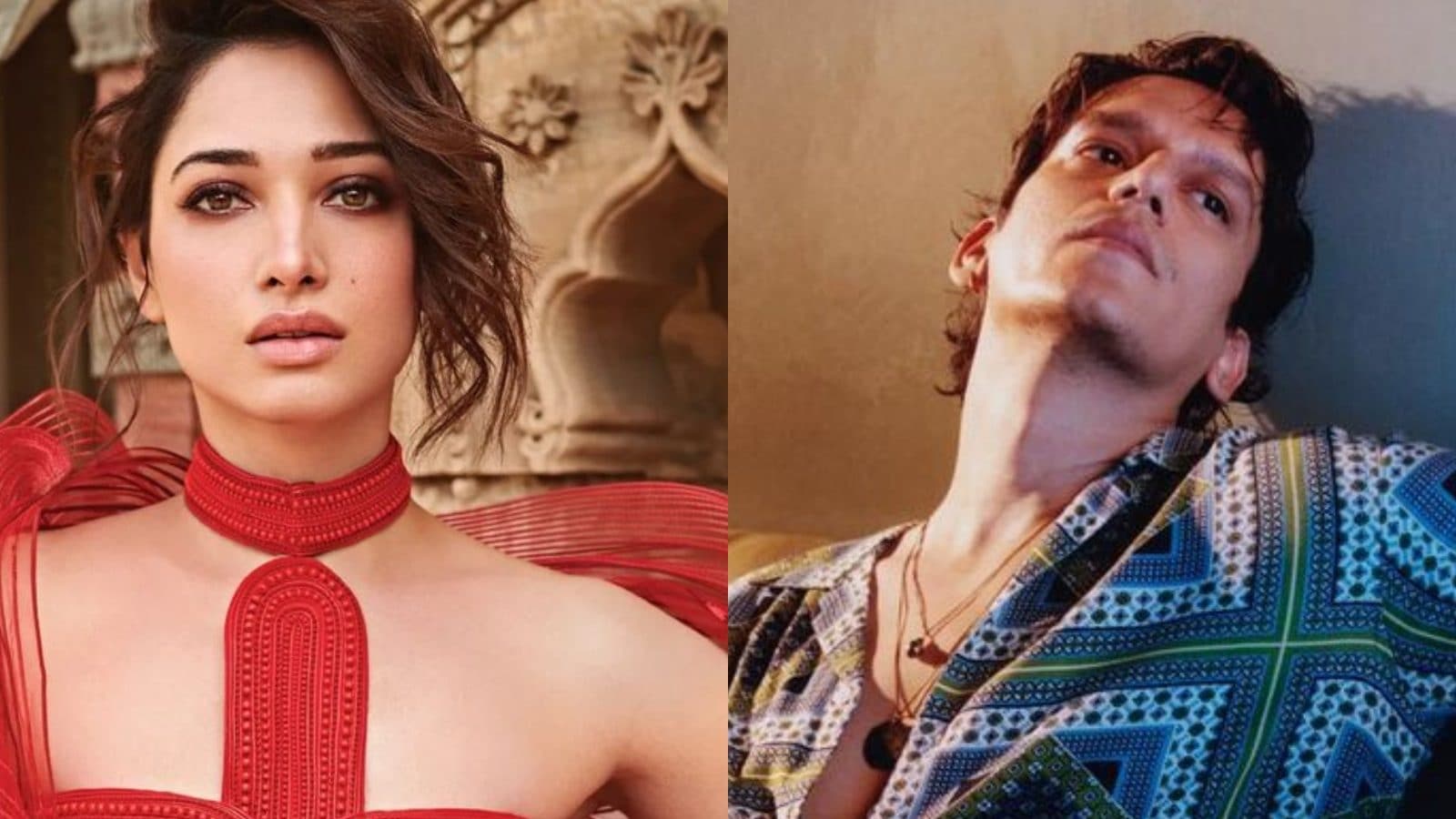 Tamannaah Bhatia and Vijay Varma have been making headlines for their rumoured romance.

Tamannaah Bhatia and Vijay Varma have become the talk of the town even since fans spotted them ‘kissing’ in a New Year video.

There has never been a time when Tamannaah Bhatia missed impressing us with her stunning appearances. She has made head turns and her recent post is doing the same. Well, not only for us but also for Vijay Varma, who is said to be in a rumoured relationship with her. Tamannaah Bhatia posted a reel full of glamorous looks for a high-end magazine. “Pretty dresses and prettier places make for the prettiest pictures,” her caption read.

Tamannah Bhatia painted our Instagram feeds red with her sexy look in a lehenga paired with a bra choli. Within no time, her post grabbed Vijay Varma’s attention. The actor, who couldn’t stop gushing, rushed to the comment section and dropped a fire extinguisher and fire truck emoticon. Apart from him, the post was filled with compliments from fans and followers. “Red is for Tamannaah,” read one of the comments. A fan also wrote, “Smoking hot.”

The link-up rumours of Tamannah Bhatia and Vijay Varma started when a video of them reportedly kissing at a New Year’s event in Goa went viral on social media. Although their faces weren’t clearly visible, fans believed that the actors were in close proximity. The two were also spotted attending award functions together. Several reports also suggested that the two went out for a lunch date recently. However, responding to media reports, Vijay dismissed the rumours and put up a photograph of his actual ‘lunch date’, which was with filmmaker Sujoy Ghosh.

Meanwhile, on the work front, Vijay Varma and Tamannaah Bhatia will work together in director Sujoy Ghosh’s segment in Lust Stories 2. The short films for the anthology will be directed by R Balki, Konkona Sen Sharma, Sujoy Ghosh, and Amit Ravindernath Sharma. The sequel to Lust Stories is likely to be released on Netflix in the first quarter of 2023. Vijay Varma also has Sujoy’s next film, The Devotion of Suspect X with Kareena Kapoor. This movie will mark her OTT debut.