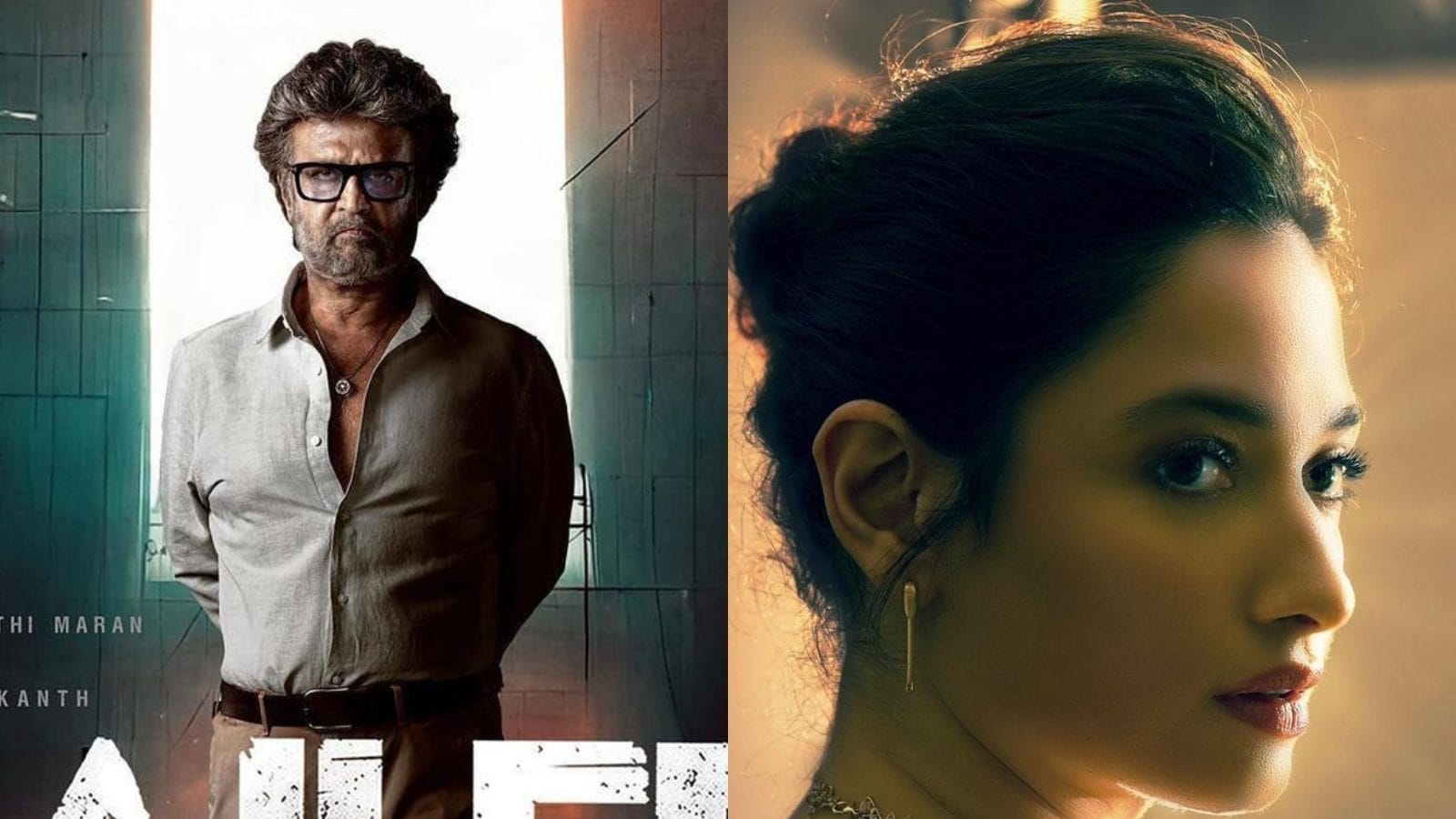 Rajinikanth and Tamannaah’s character posters from the film Jailer

Tamannaah Bhatia shared her character poster and announced that she is officially a part of Rajinikanth’s upcoming film Jailer.

Actress Tamannaah Bhatia took to social media to announce that she is a part of Rajinikanth’s upcoming film, Jailer. Earlier, there were reports about the actress playing a minor role in the film. Sharing her character poster and the poster of the actors from the film, the actress wrote, “Finally I can share this with you all… the news is out!!!I am soo sooo happy and honoured to be a part of this movie #Jailer with the one and only Thalaivar @rajinikanth sir directed by @nelsondilipkumar Can’t wait to share this experience with all of you… “

After she shared the announcement, her fans and followers took to the comment section to congratulate her. Her rumoured beau Vijay Varma, too, reacted to the post.

Rajinikanth’s 169th film Jailer is directed by Nelson Dilipkumar. On his birthday last month, the makers of Jailer unveiled his character’s looks from the film with a teaser. It started with a shot of Rajinikanth sitting with only his legs visible to us. Then we get to see his silhouette. We then see him fixing his shirt and getting ready and then finally get a clear view of his face. The teaser video ends with the megastar smirking at the camera. The film also stars Ramya Krishnan, Yogi Babu, Vinayakan, and Vasanth Ravi.

Meanwhile, Tamannaah has been making the headlines recently for her rumoured relationship with Vijay Varma. They sparked dating rumours after a video of them reportedly kissing at a New Year’s event in Goa went viral on social media. Although their faces weren’t clearly visible, fans believed that Vijay and Tamannaah were seen in close proximity as they were dancing. The rumoured couple is yet to issue an official statement about the new year viral video.