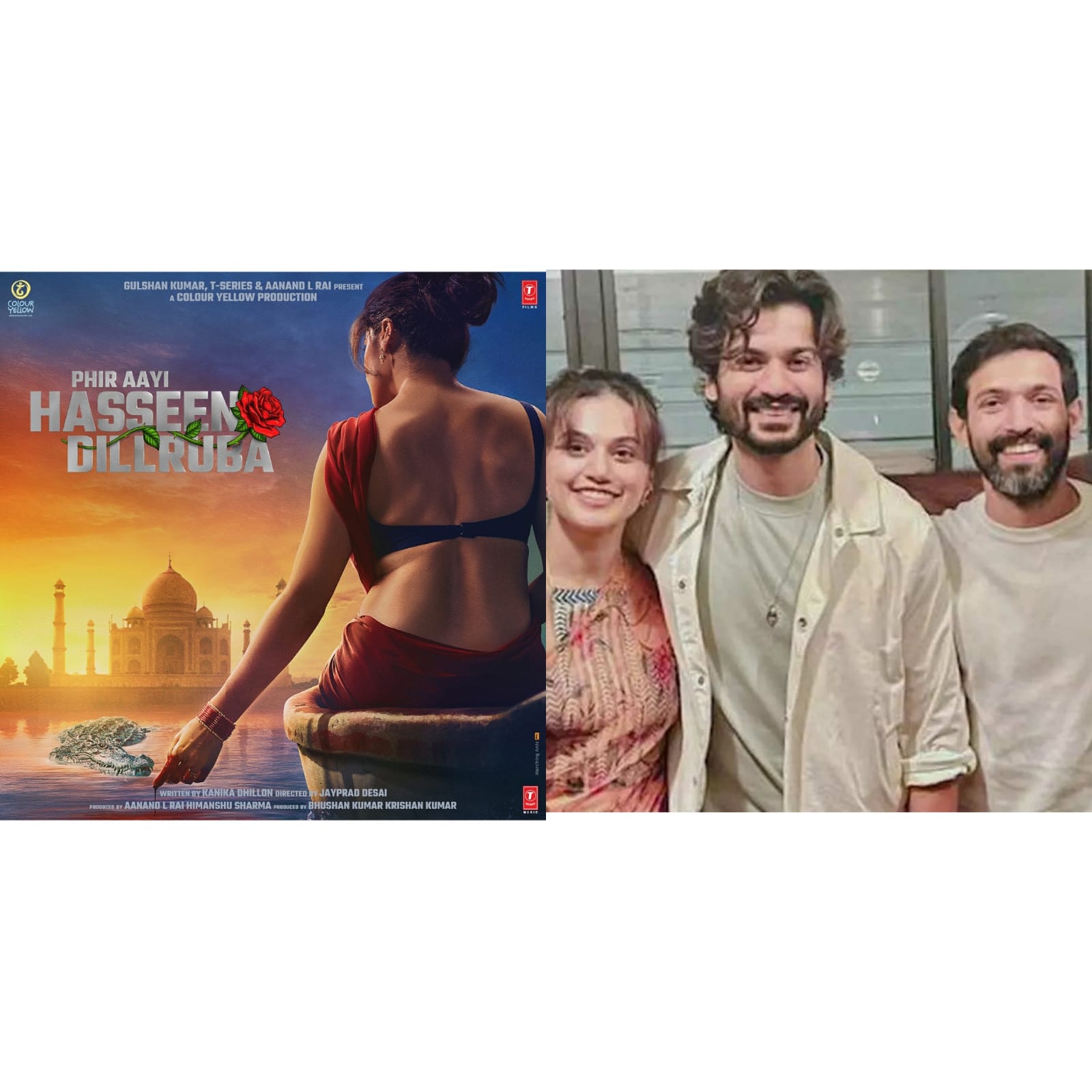 The mystery drama Haseen Dillruba had the audience hooked. The twist, in the end, had everyone shocked.

In the fun banter we can see the producer questioning Taapsee why hasn’t she posted the poster to her feed yet. Taapsee then replies by saying she isn’t ready & that the writer Kanika has taken things to the next level. Kanika dropping some hints has shared that the sequel is going to be bigger & better.

This banter has hinted that the first official poster of the film is going to be out soon. We have our eyes set on the next update on Haseen Dillruba 2. The first part of the film gained immense popularity thanks to the original writing, fresh star cast & the immensely loved world of the Hindi pulp that added to the success of the film.

For the sequel, the film stars Taapsee Pannu, Vikrant Massey & Sunny Kaushal in lead roles. The film is written & co-produced by Kanika Dhillon & directed by Jayprad Desai. The film is produced by Aanand L Rai, and Himanshu Sharma Produced By Bhushan Kumar and Krishan Kumar. It’s a Colour Yellow Production.