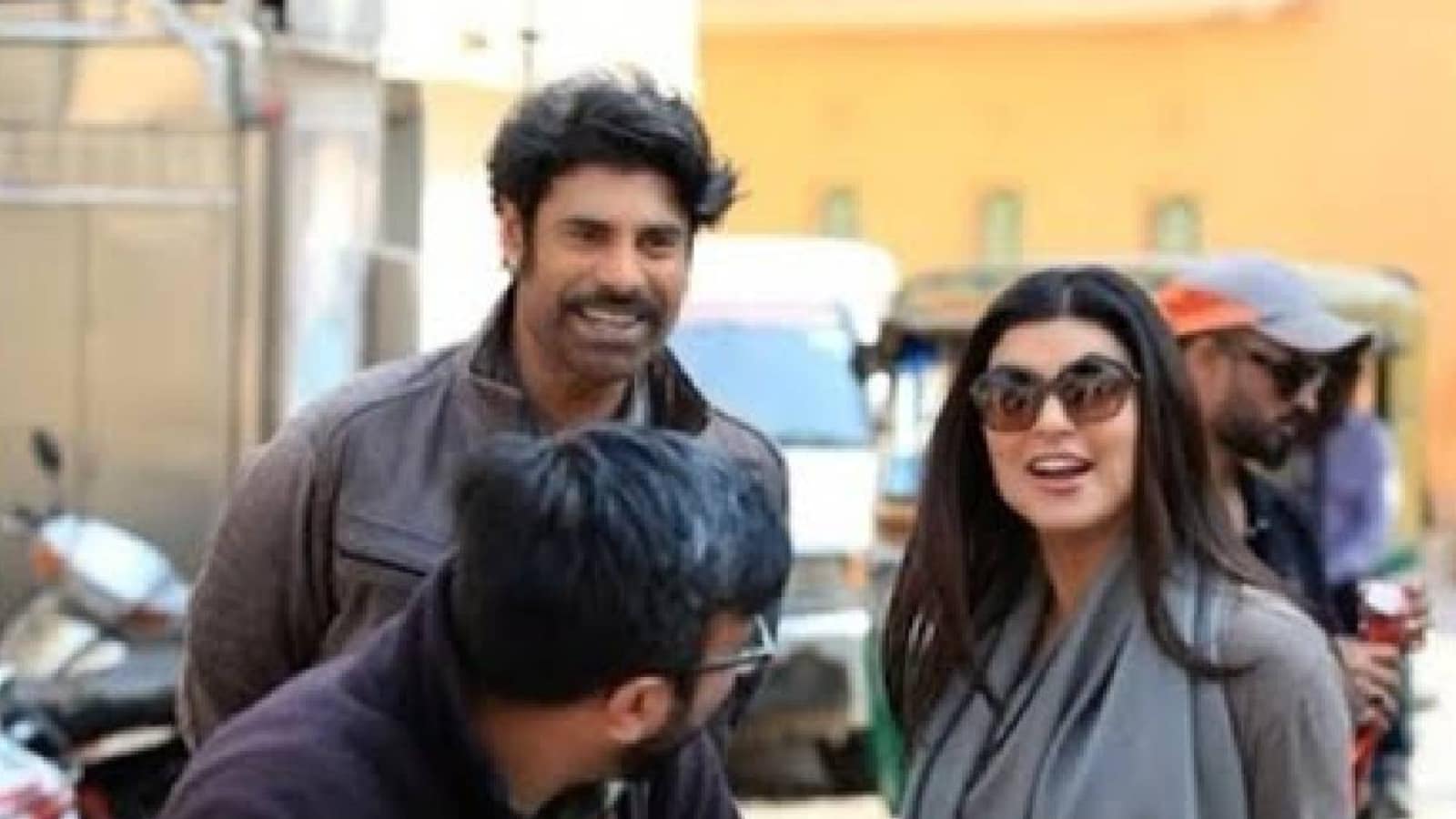 The lovely clip opens with Sushmita recording the video on her camera, before entering through a door.

Both Sushmita and Sikandar have dropped interesting updates regarding their upcoming crime-thriller series on social media.

Actress Sushmita Sen, after leaving a lasting impression on the audience in Bollywood, has been brilliant in the OTT space as well. The Bengali beauty gave an exemplary performance in the first two seasons of Disney+Hotstar’s Aarya. Now, with the final episode of the second segment, leaving viewers hanging on loose ends, the makers of Aarya have already started shooting for season 3 to take the story forward. Both Sushmita and Monica, O My Darling fame Sikandar Kher have dropped interesting updates regarding the upcoming crime-thriller series, taking fans into a frenzy.

The former Miss Universe shared an adorable sneak peek video on her Instagram feed, featuring her “Aarya family.” She wrote, “The warmest homecoming. My Aarya family… Darlings Darlings… Stand by me!!!” Along with the visual clip, Sushmita used the hashtag #Aarya3, indicating that the filming of the series is underway.

The lovely clip opens with Sushmita recording the video on her camera, before entering through a door. As soon as she says, “Welcome to Aarya’s home,” the door opens from the inside revealing the entire Aarya cast, welcoming the Main Hoon Naa actress with big smiles on their faces, waving at her. Susmita can be heard getting a tad bit emotional at the warm welcome as she expresses her excitement exclaiming, “Oh my God! Look at that.”

Sikandar has earlier dropped a video on social media, hinting that he is back on the sets of Aarya 3. Giving a glimpse of his complex character Daulat in the show, Sikandar penned a cryptic note. Quoting the iconic dialogue from veteran actor Al Pacino’s movie Scarface, the Aarya star wrote, “The eyes, chico. They never lie.”

Speaking about Aarya season 3, Sikandar shared in that clip, “It’s great to be back with the character I have worked and lived with for two seasons now. Looking forward to working with Ram, Sushmita, and the entire team again. From what I have read I’m certain there’s a lot for the audiences to look forward to”.

The 41-year-old actor was careful not to disclose much about the upcoming series; he did mention that his character Daulat has made great progress. “I can’t reveal much at the moment as we have just begun shooting, but yes the character progresses a lot in the third season of the show! Excited for Daulat to be back,” added Sikandar. Created collaboratively by Ram Madhvani and Sandeep Modi, Aarya season 3 is soon to premiere on Disney+Hotstar.