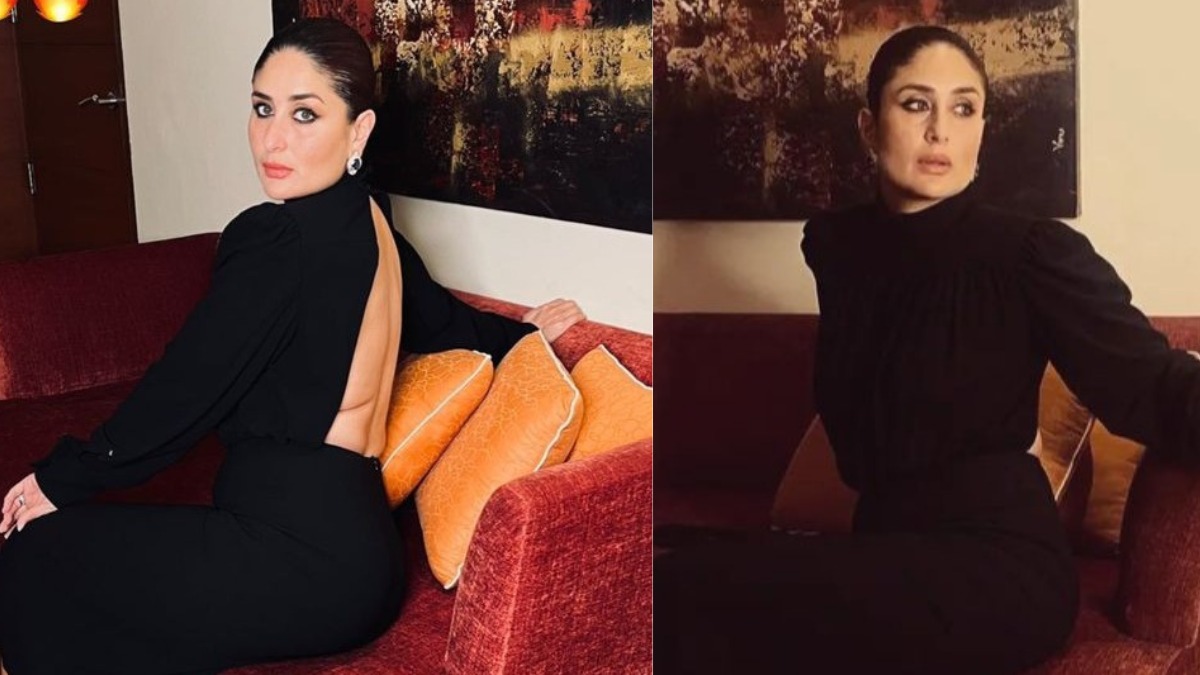 Kareena Kapoor Khan stepped out looking like the diva that she is! In Kolkata, the actress attended the Young Leaders Forum. Her event dress, we must say, had us immediately fascinated.

Kareena Kapoor Khan attended an event in Kolkata and lit up the city in an all-black backless top and skirt ensemble.

Kareena Kapoor Khan never fails to make a stylish statement with her every outing. Kareena has a timeless style for any occasion, whether she is walking the red carpet in an evening gown, attending an event in a saree, or simply relaxing at home. And her most recent photograph, in which she wore a backless top and skirt  to the Young Leaders Forum in Kolkata, backs up our claim.

The diva also turned to Instagram to post flawless photos of herself in the beautiful ensemble. She made an exquisite statement as she stood for the camera, flaunting her toned back in the daring monochrome gown.

Kareena Kapoor suited up in black for an event in Kolkata, giving followers a glimpse of herself.

Kareena’s two-piece attire consists of a black top and skirt combination. The blouse has a raised neckline, puffed shoulders, full-length billowy sleeves, front pleated parts, a loose shape, and a rear cut-out. The skirt also has a high-rise waistband, a midi-length hem, a rear slit, and a figure-hugging shape. 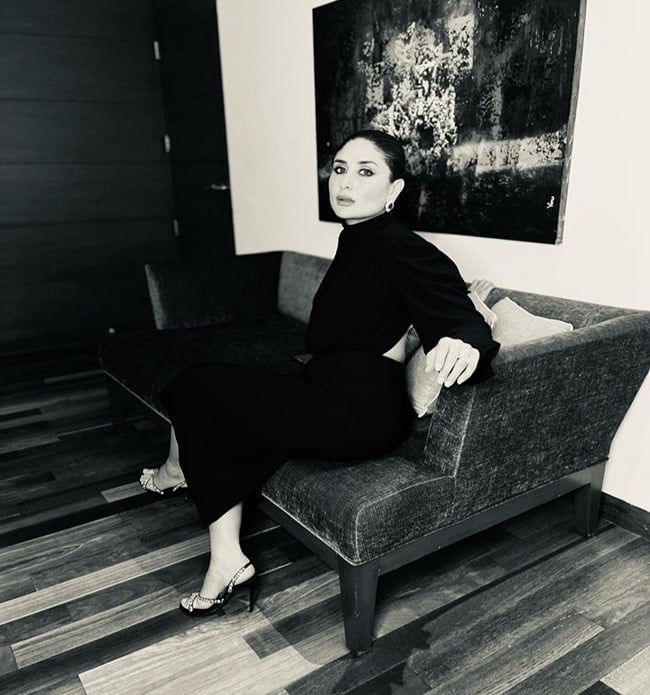 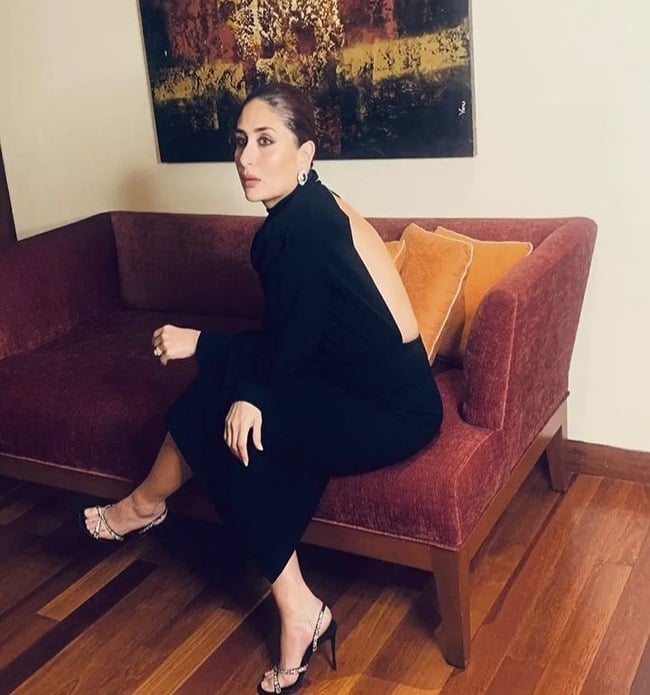 For the glam choices, She let her eyes speak for themselves when it came to makeup. Kareena went with a blush pink lip tint, kohl-lined eyes, sleek winged eyeliner, mascara on the lashes, reddened cheeks, radiant complexion, and darkened eyebrows. The actress wore her hair in a tidy bun and kept it off her face.

Kareena is working on a number of projects. She will next be featured in Sujoy Ghosh’s thriller The Devotion of Suspect X, which is based on the novel of the same name. Vijay Varma and Jaideep Ahlawat also appear in the film.

She is also working on Hansal Mehta’s upcoming untitled film. She will also appear in the film The Crew starring Tabu and Kriti Sanon.