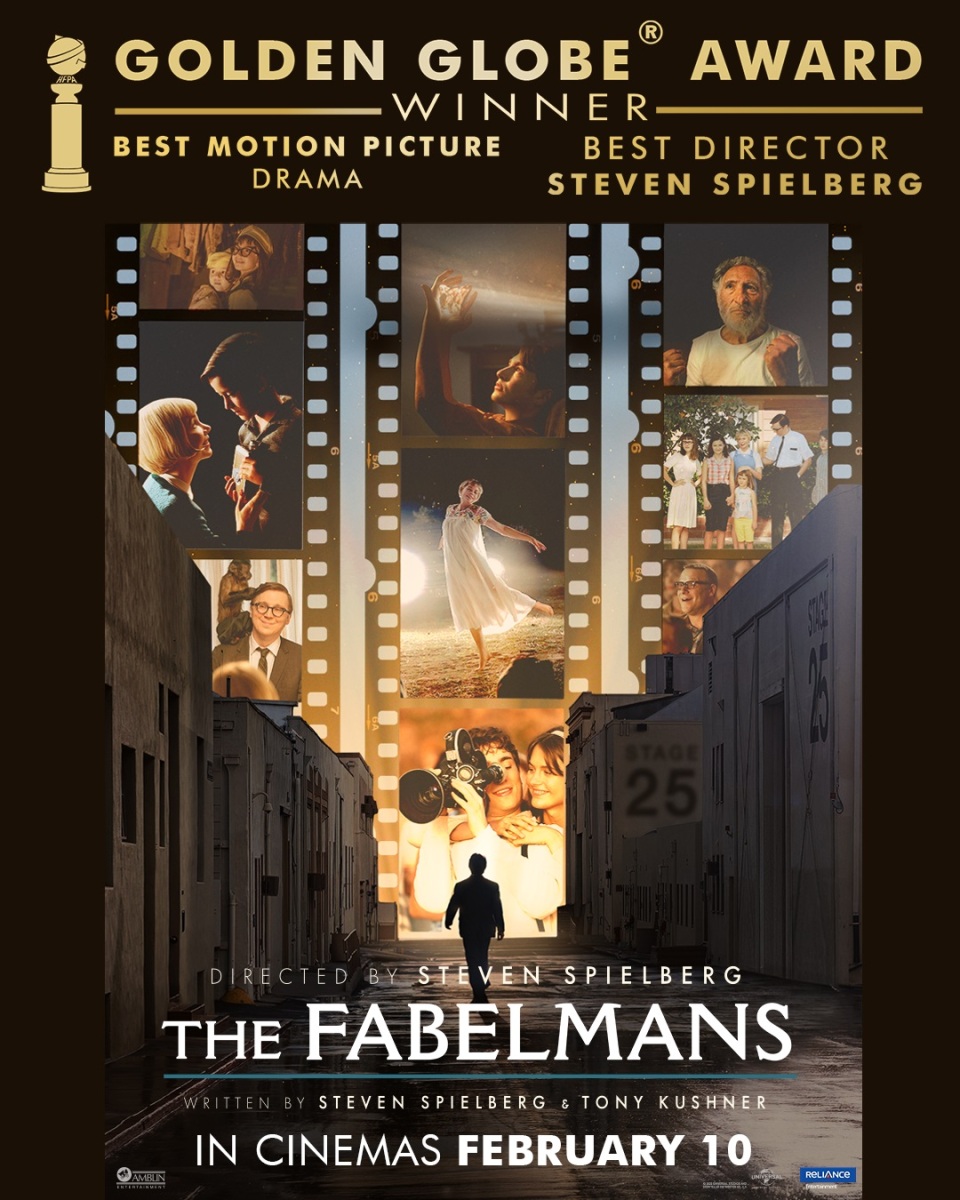 Presented by Amblin Entertainment and Reliance Entertainment, the Golden Globe winner will release in India on 10 February.

A deeply personal portrait of a 20th century American childhood, Steven Spielberg’s The Fabelmans is a cinematic memory of the forces and family that shaped the filmmaker’s life and career. A universal coming-of-age story about an isolated young man’s pursuit of his dreams, the film is an exploration of love, artistic ambition, sacrifice and the moments of discovery that allow us to see the truth about ourselves, and our parents, with clarity and compassion.

“Most of my movies have been a reflection of things that happened to me in my formative years,” Spielberg says. “Everything that a filmmaker puts him or herself into, even if it’s somebody else’s script, your life is going to come spilling out onto celluloid, whether you like it or not. It just happens. But with The Fabelmans, it wasn’t about the metaphor; it was about the memory.”

The Fabelmans is written by Spielberg and Pulitzer Prize-winning playwright Tony Kushner (Angels in America, Caroline, or Change), who has earned Oscar nominations for his screenplays for Spielberg’s Lincoln and Munich. The film is produced by Amblin Entertainment & Reliance Entertainment.

Dhruv Sinha, Head International Businesses, Reliance Entertainment, expressed, “We, at Reliance Entertainment, are extremely proud of our long-lasting and fruitful partnership with Steven Spielberg’s Amblin Entertainment. This association has borne fruit with films like The Help, War Horse, Lincoln, Bridge of Spies, The Post, Green Book, and 1917 winning accolades at Oscar- and Golden Globe among others. We have brought to cinemas in India these creative masterpieces and now, on the same scale, we bring ‘The Fabelmans’ to audiences on 10th February.”