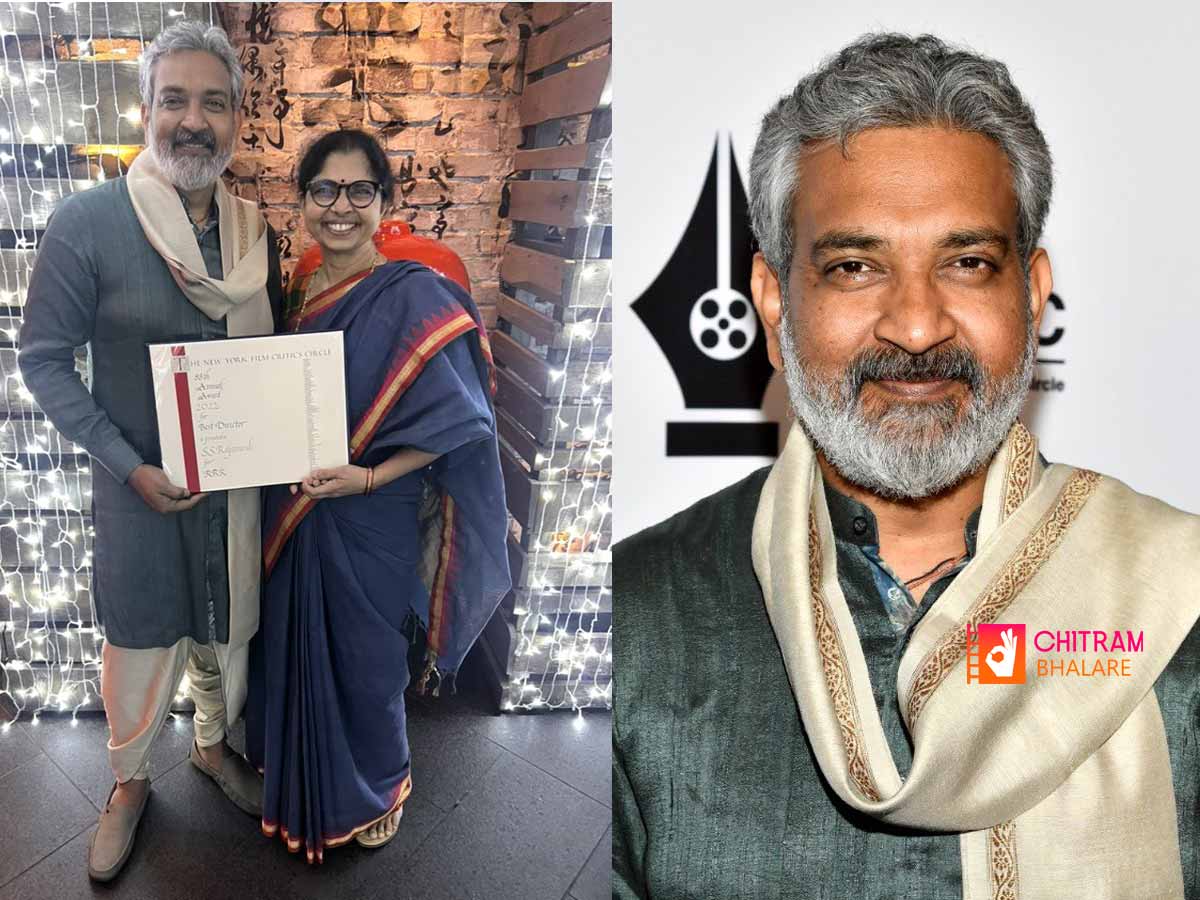 We already know that SS Rajamouli is the one of the top director in south film industry. Jr NTR and Ram Charan starring RRR Movie gets nationwide recognition. latest update is that SS Rajamoule wins best director award from NYFCC.

Two days back, RRR movie team SS Rajamouli along with his family members went to New York for the ceremony. Today his son Karthikeya shared this news in social media and also shares some photos from NYFCC awards ceremony.

SS Rajamouli expressed his gratitude to the NYFCC jury for this honour. Thanking to Indian Movie lovers, his heroes Jr NTR, Ram Charan and family members in his speech.