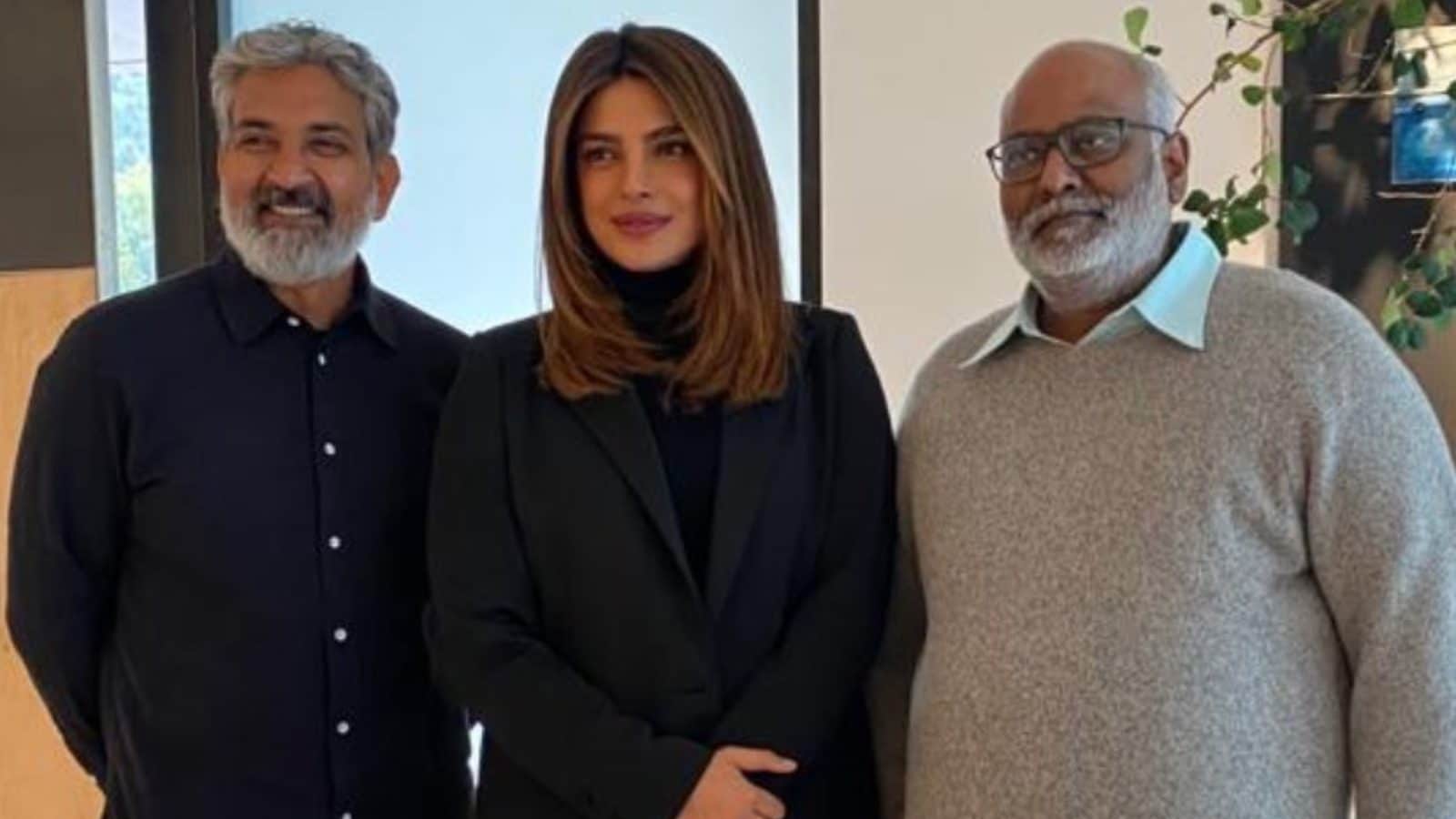 At a recent RRR screening in the US, the actress posed for pictures with director SS Rajamouli and composer MM Keeravani and was all praises for the film on stage.

The cast and crew of RRR, featuring actors Ram Charan, Jr. NTR, Alia Bhatt, and Ajay Devgn, received a shout-out from global icon Priyanka Chopra on social media. At a recent RRR screening in the US, the actress posed for pictures with director SS Rajamouli and composer MM Keeravani and was all praise for the film on stage. The actress also uploaded photos from the event. However, Priyanka Chopra, who has made a name for herself in Hollywood, was also lauded by the RRR director. Rajamouli appreciated the actress’ kind gesture and also thanked her on social media.

On his Instagram stories, SS Rajamouli reposted Priyanka Chopra’s story this morning and wrote, “ You are a global superwoman! Touched by your heart-warming words and intro…Thank you Priyanka for hosting our show and your kind wishes.” Here, the director is referring to the screening in the US where Priyanka congratulated the team of RRR for their subsequent wins in the west and also took the stage to speak about the same. SS Rajamouli’s Stories was then reposted by Priyanka on her Instagram profile as well. Priyanka Chopra had earlier shared a snap from the event with a caption, “Least I can do to contribute to this Incredible Indian film’s journey. Good luck and congratulations team RRR, SS Rajamouli garu, MM Keeravani garu, Ram Charan, Jr NTR, Alia Bhatt.” In the next post, Priyanka Chopra was seen posing with SS Rajamouli and composer MM Keeravani.

RRR made history at the 80th Golden Globe Awards in Los Angeles, the phenomenally popular song Naatu Naatu brought home the Best Song award. However, the accolades do not end there. The Jr NTR and Ram Charan-starrer film has created a storm in the west. The film won two awards at the 28th Critics Choice Awards – trophies for Best Song and Best Foreign Language Film.