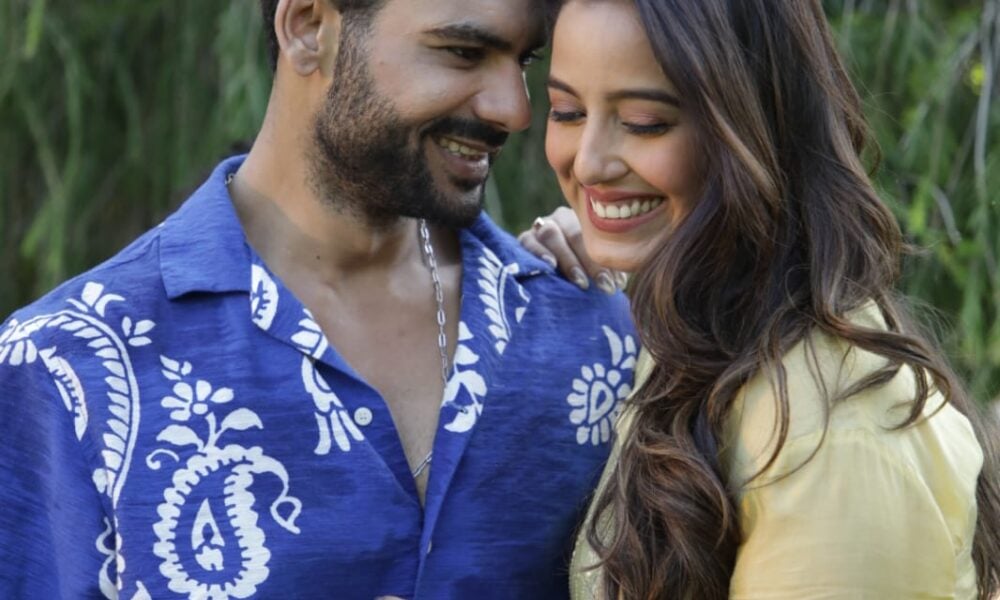 Vishal Aditya Singh, best known for his roles in Begusarai, Kullfi Kumarr Bajewala, Chandrakanta, and as a finalist in the reality shows Big Boss 13, Khatron ke Khiladi, and Nach Balliye, will next be seen in the music video for ‘DUWAYEN’with Srishty Rode, a well-known actress on television and best known for her roles in serials like Punar Vivah – Ek Nayi Umeed, Choti Bahu, and others. She rose to prominence after appearing on the reality show Bigg Boss Season 12, when she advanced to the finals and won the hearts of the viewers. She is currently seen in the number one comedy show The Kapil Sharma Show.

The song ‘Duwayen’ was shot in magnificent Chandigarh locations with heartthrob Actor Vishal Aditya Singh and stunning actress Srishty Rode, and it expresses the heartache that the lead character is experiencing. It goes deeply into the sadness that occurs when two people in love miss each other greatly. ‘Duwayen’ is directed by Vk Singh Mom and Mohd Danish sang the heartfelt song, composed by Amaan and Ayaan and wonderful lyrics penned  by A M Turaz.

Mr Karan Patel ,founder of  Rising Indie Music produced the music single ‘Duwayen’, which is a sad romantic song. Ashutosh Pateriya (The Big Bond Events & Production) is behind the project.

Also read: Shaheer Sheikh and Erica Fernandes on their upcoming song Wo Kashish

‘Says Actor Vishal Aditya singh ‘ Duwayen’ is really special for me. It describes the yearning that a lover gets when reflecting about a relationship. It’s a thoughtfully constructed song about love and longing. The song’s lyrics are penned by Popular lyricist AM Turaz. I was approached by Mr Karan Patel for the song, and he requested that I hear it once. As soon as I heard the music, I genuinely thought it was a great song, therefore I consented to be a part of it right away. I am extremely excited that the song will be released on the 18th, and I am convinced that the audience will connect with it and add it to their playlist whenever they are in the mood to listen to sad love songs”.

“The song is so moving that you’ll want to listen to it again and again. It was an incredible experience filming this song. Working with Vishal Aditya Singh was a lot of fun; I’ve known him for years, but this was our first collaboration. The song contains many heartfelt love sentiments, and I am convinced that it will find a home in the hearts of all music fans ”. Adds Actress Srishty Rode.

While Ashutosh Pateriya is glad working with Mr Karan Patel, “It is always a pleasure to work with such brilliant Actors like Vishal and Srishty, they have worked really hard on this project, and I am convinced that our song will be a blockbuster hit,” says Ashutosh Pateriya.