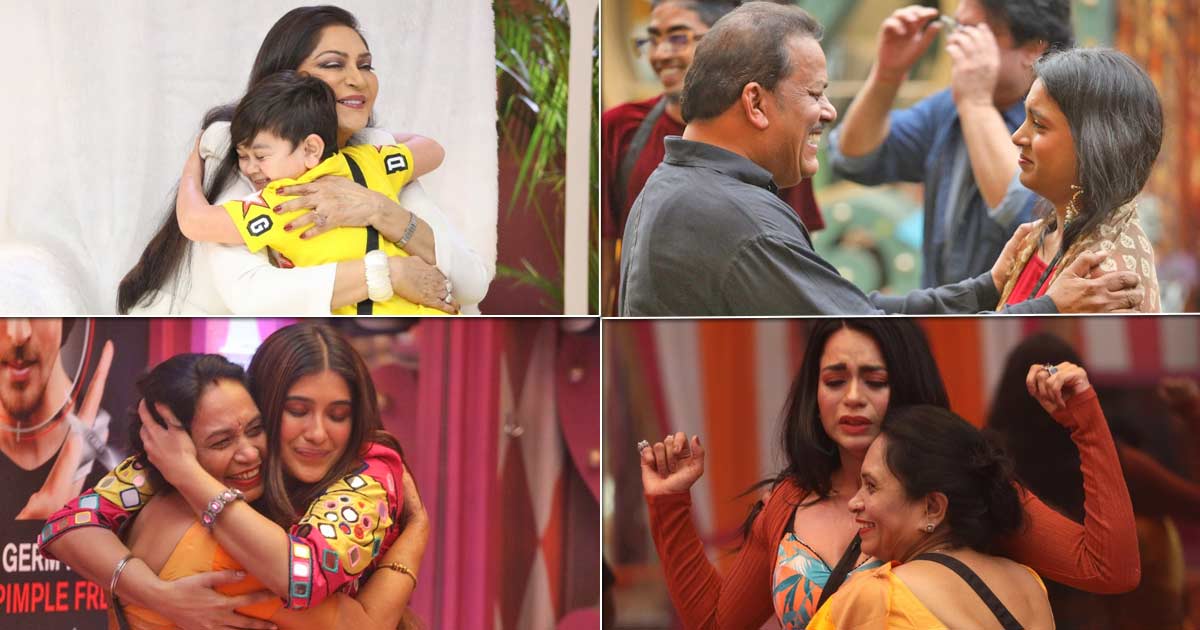 The contestants of COLORS’ ‘Bigg Boss 16’ thought there are no surprises left in the family week, however, the master of the house proves them wrong with a huge twist. In this episode, ‘Bigg Boss’ not only welcomes the loved ones of the housemates but also a special guest, the evergreen Simi Garewal, known for inspiring candor on her celebrity talk show.

The custom for the week of the season is that housemate must ‘freeze’ in their places on command and stay unmoved until the ‘release’ command.

The biggest surprise element in tonight’s episode is the elegant Simi Garewal hosting a unique talk show. The living legend poses some interesting questions to contestants. She asks Priyanka Chahar Choudhary and Shiv Thakare what they will choose between love and success. The suspense escalates when Simi asks Shalin Bhanot to choose between Tina Datta and a plate of chicken. It seems that Shalin has a change of heart because he declares that he will choose anything but Tina. A clever repartee comes from Simi who quips, “Don’t be hard on her.”

In tonight’s episode, the first family member to step inside the house after the freeze announcement is contestant Soundarya Sharma’s mother, Usha Sharma, who hugs her frozen daughter. The master of the house waits until Soundarya stops weeping to release her and once she’s released, she rushes to her mother. Soundarya’s mother happily declares that she watches everyone in the show every day and she’s very proud that she’s known as Soundarya’s mother. After watching her daughter play the game for 100 days, it will be interesting to see what advice she gives her to come out stronger than the other contestants.

Just like every mother who graced this season, Soundarya’s mother brought light into the house and that’s when Sumbul Touqeer Khan’s uncle, Iqbal Khan entered the house. His entry is well timed when Sumbul, in a unique garb, is playing a game in the garden area. Sumbul’s reaction to his entry leaves him confused about whether she’s crying or laughing. He reminds her that the cry-baby version of Sumbul doesn’t exist anymore and offers her chicken cooked by her father. Despite trying with all her might, Sumbul tears up at the mention of her father. To cheer her up, her uncle sings ‘Chehra Hain Ya Chaand Khila Hain’ dedicating it to her. Sumbul’s journey has been a rollercoaster ride and it remains to be seen what her uncle has to say about it in this episode.

Following the entry of Sumbul’s uncle, the housemates expect Sreejita’s fiance Michael Blohm-Pape, who is deemed as the ‘daamaad of the house’ to make an appearance on the show. The contestants begin preparing for his griha pravesh with a vessel of water placed at the entrance for him to kick and make a solemn entrance into the house. Right when Archana Gautam rushes to replace the water vessel with rice, ‘Bigg Boss‘ commands freeze. Michael enters beaming, kicks the water vessel and hugs a frozen Sreejita. While everyone is released, Sreejita remains frozen until Michael greets all the contestants. When ‘Bigg Boss’ finally releases her, she jumps with joy and hops on her fiance making everyone smile and blush.