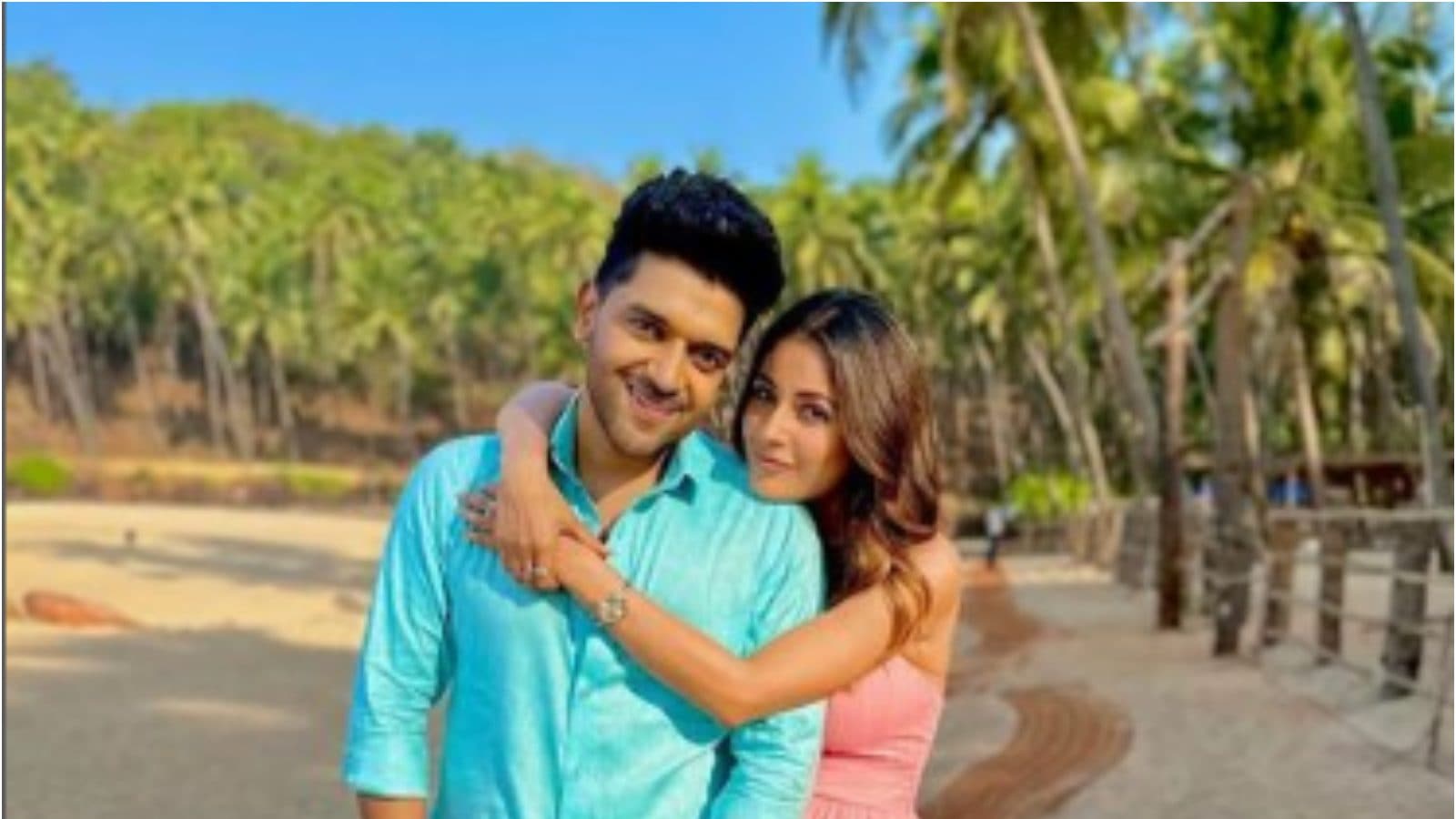 Shehnaaz Gill and Guru Randhawa recently shared a mushy video together. Fans want them to date as they look cute together.

Singer Guru Randhawa and Shehnaaz Gill were recently seen enjoying a sunset together. They shared a video where they sat across a glass balcony and admired the beautiful combination of the sun and sand. Both were seen leaning on each other and shared fun moments.

Shehnaaz was seen teasing him and cutely tapped his forehead. They were also seen cuddling each other as they sat inside the room. While Shehnaaz looked cute in a white shirt teamed with a pair of denims, Guru kept it uber cool in a black sweater, tracks and white sneakers. The duo captioned the video, “Pai gayian shaman with Shehnaaz (collision symbol emoji).”

As soon as the video went viral, many fans took to their comments section to compliment the duo as well as tease them. One of them wrote, “Chemistry hain bhai chemistry (There is chemistry). It will not be a surprise to see these two in a big project in future.” “Their chemistry, so natural and real,” read a comment. Another fan wrote, “Kitne cute lagte ho abhi toh date karlo yaar (You both look so cute, now date please).” Various fan comments appreciated their chemistry and wanted them to date.

Meanwhile on the work front, Shehnaaz and Guru recently worked together for a music video ‘Mood Rise’. It was released earlier this month. On Instagram, sharing a glimpse of the song he captioned,” #MoonRise Ft. @shehnaazgill is out now worldwide Show your love and support Pai gayian shamaan ne.”

Written and sung by Guru himself, the song features a romantic chemistry between Shehnaaz and him. It’s a part of Guru’s music album ‘Man of the Moon’. The audio version which released earlier last year, received immense love and appreciation from fans and listeners.

Shehnaaz on the other hand, will soon be making her Bollywood debut with Kisi Ka Bhai Kisi Ki Jaan alongside Salman Khan. It’s a family entertainer film which also stars Pooja Hegde, and Amrita Puri in pivotal roles. It’s a remake of the 2014 hit Tamil film, Veeram which starred Ajith Kumar. Shehnaaz will also be seen alongside Riteish Deshmukh, John Abraham and Nora Fatehi in a comedy film.