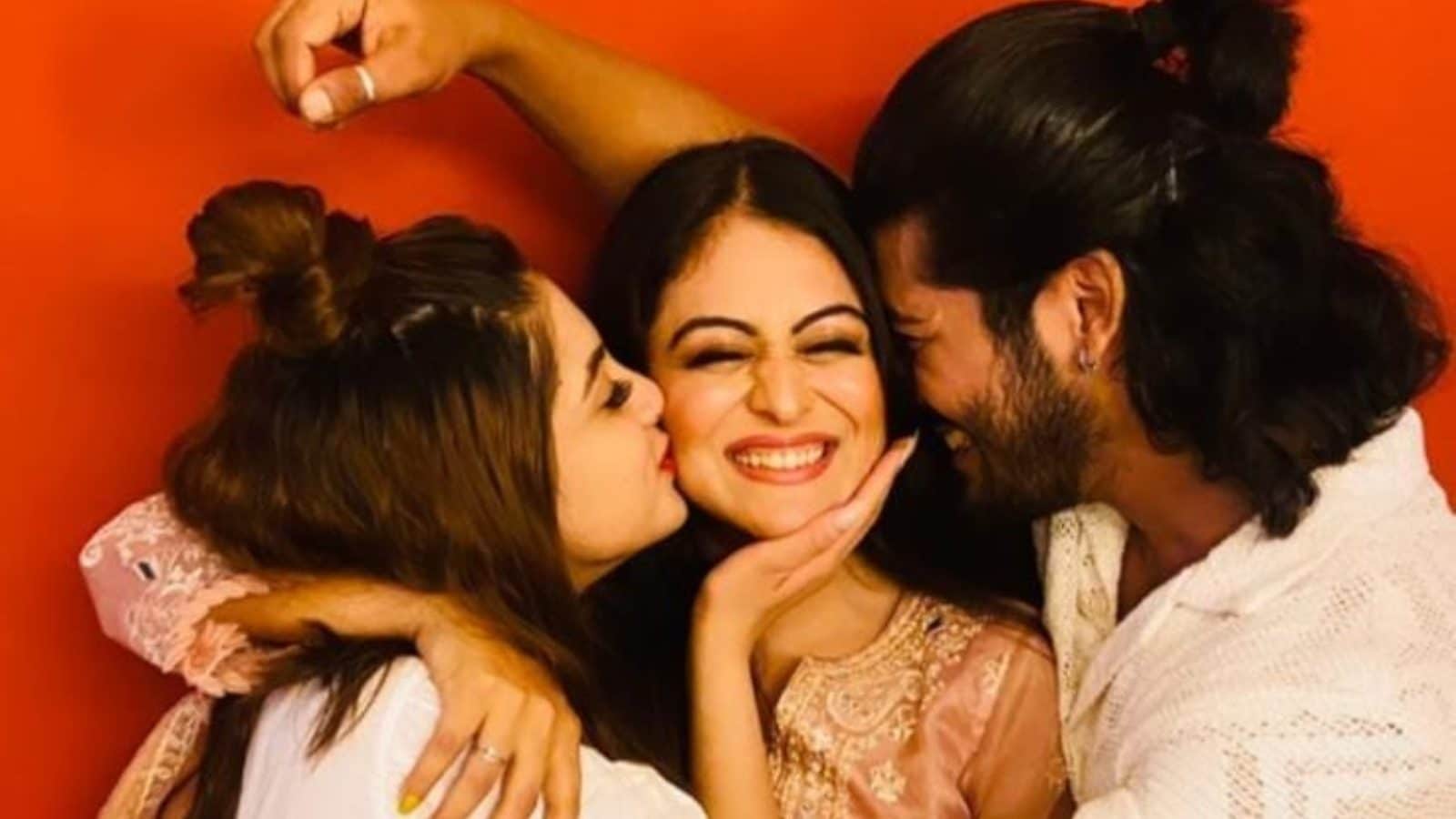 Ali Baba: Dastaan-e-Kabul cast and crew recently returned to the original sets of the show where Tunisha Sharma was found dead on December 24.

Falaq Naaz has shared a throwback photo with her brother Sheezan Khan and late actress Tunisha Sharma. Sheezan is currently in judicial custody after Tunisha’s mom accused him of abetment of suicide. Falaq’s post comes a day after Ali Baba: Dastaan-e-Kabul team returned to the original sets of the show where Tunisha Sharma was found dead last month. Ali Baba: Dastaan-e-Kabul originally starred Tunisha and Sheezan.

Sharing an old pic, in which Tunisha and Sheezan can be seen kissing her on the cheek, Falaq wrote on her Instagram Stories, “My heart. Mere bachche (My kids).” In another story, Falaq simply wrote, “Sabar (patience).” Ali Baba: Daastan-E-Kabul’s production was put on halt owing to the untimely demise of the show’s female lead Tunisha Sharma. But the makers of the television series resumed shoot recently. Earlier, it was actor Sheezan Khan who essayed the main protagonist in the titular role of Ali Baba. Now, the creators have roped in actor Abhishek Nigam to replace him. Just a day ago, a new promo showcasing Nigam’s grand entry into the fantasy TV series was shared by the makers. Along with replacing the male lead, the name of the show has also been changed to Ali Baba: Ek Andaaz Andekha Chapter 2.

Though the show is aiming to mark a new beginning, the loyal fans have not come to terms with the replacement of Sheezan Khan. A number of Instagram users voiced their disappointment in the comment section of the promo. A user wrote, “Sheezan Khan bina ye show hamesha adhura rahega (Without Sheezan Khan, the show will always remain incomplete). Sheezan is the best hero.” Another added, “Without Sheezan, Ali Baba: Dastaan-e-Kabul is empty.” One more joined, “Ali Baba Shezaan Khan tha aur vahi rahega (Sheezan Khan was the Ali Baba and will always remain). Miss you Shezaan Khan.”