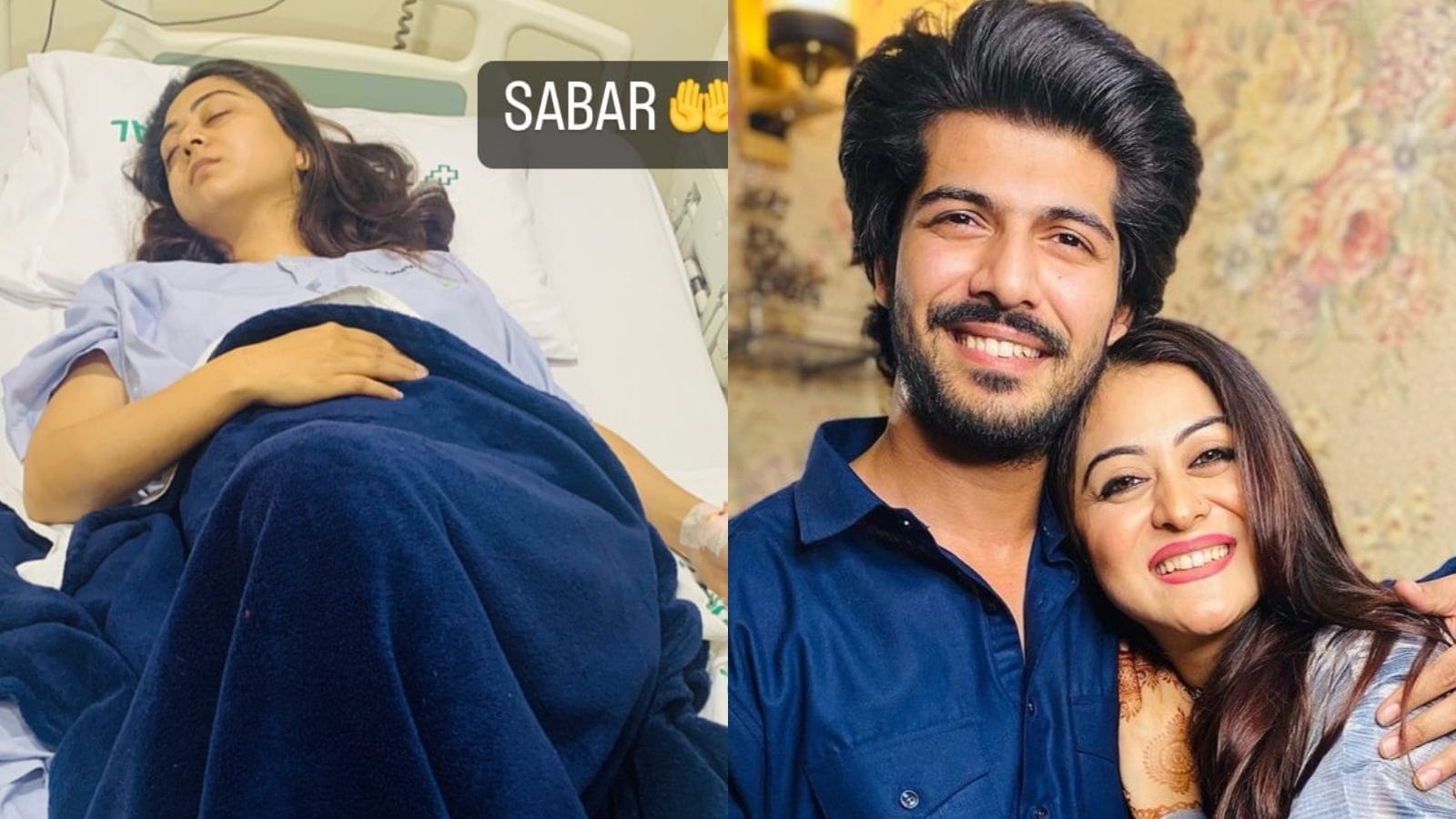 Sheezan Khan was arrested on December 25, a day after Tunisha Sharma was found hanging in the make-up room of her show Ali Baba.

While Sheezan Khan is currently in judicial custody in connection to his late Ali Baba co-star Tunisha Sharma’s suicide case, his sister Falaq Naaz has been hospitalised. Recently, Khan’s mother Kehekshan took to her Instagram handle and shared a picture of Falaq lying on a hospital bed. In the caption of her story, Khan’s mother wrote, ‘Sabar (Patience).’

Besides this, Sheezan Khan’s mother also penned a long emotional note in another of her Instagram story and asked why her children are suffering. She claimed that her son is in jain ‘without any evidence’ and claimed that Falaq loved Tunisha Sharma like her ‘younger sister’.

Khan’s mother furthr added, “Kya Falaq ko Tunisha ko chhothi bahan ki tarah payar karna gunaah tha ya illegal tha?? Ya phir Sheezan aur Tunisha ko apne relationship ko space dena ya breakup karna gunaah tha ya wo bhi illegal tha?? (Was it a crime or illegal for Falaq to love Tunisha like her younger sister?? Was it also a crime or illegal for Sheezan and Tunisha to give space to their relationship or breakup)??”

She concluded her note by asking what their crime is and wrote, “Hamara gunaah kya hai?” Just a few days back, Falaq had also shared a throwback picture in which she was seen posing with Tunisha and Sheezan as the former kissed on her cheeks. “My heart. Mere bachche (My kids),” Falaq wrote.

For the unversed, Sheezan Khan was arrested on December 25, a day after Tunisha was found hanging in the make-up room of her show Ali Baba. His arrest came after the late actress’ mother accused him of abetment to suicide and claimed that the actor ‘used’ her daughter. Reportedly, the two actors dated each other and broke up just 15 days before the actress’ death.