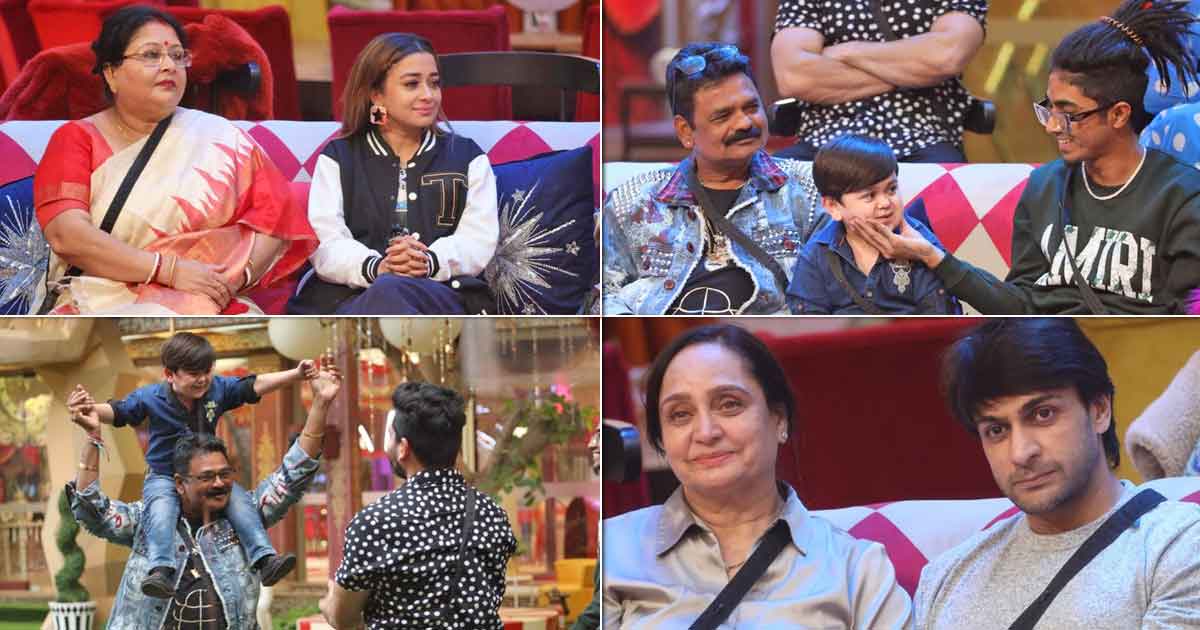 After spending 14 weeks in the house of COLORS’ ‘Bigg Boss 16’, the contestants could use some intervention from their loved ones, who are watching them closely every day. Celebrating family week, the master of the house welcomes the family members of a few housemates, who can’t wait for some parental guidance. The twist is that ‘Bigg Boss’ has made it customary that housemates must ‘freeze’ in their places on command and stay unmoved until the ‘release’ command.

In tonight’s episode, the first family member who stepped inside the house after the freeze announcement was contestant Tina Datta’s mother, Madhumita Datta. She sang ‘Ekla Cholo Re’ while looking for her daughter. She mistook Sreejita De for her daughter and gave her the warmest hug, but soon realized that the one she was hugging was her daughter’s rival, Sreejita, who appears emotional.

An unfrozen Archana Gautam witnessed it all, burst out laughing, rushed to Tina in the Bigg Boss 16 garden area, and took her through the amusing incident – spicing it up with her entertaining masala. Despite being frozen, Tina can’t help chortling. It was interesting to see the game-winning advice Madhumita had for her daughter, who was on the receiving end of the last ‘vaar’.

The air of intrigue spread in the Bigg Boss 16 house as Shalin Bhanot’s mother, Sunita Bhanot entered the house and hugged her teary-eyed son after three months. She called Shiv Thakare a rockstar and gently told MC Stan that she doesn’t like seeing him fight with Shalin. Upon hearing Shalin’s mother from the living area, Tina, who was in the garden area with her mother, told her mother to remain cool, knowing that the two had fought about Shalin-Tina’s situation-ship on the ‘vaar’ stage.

To Tina’s surprise, Shalin’s mother hugged Tina’s mother and is nonchalant about the fight they had. Tina compliments Shalin’s mother on her eyes, to which she said, “Look who’s talking?” With a bright smile, Shalin’s mother advised Tina to not give the wrong signals through her eyes. This was her subtle way of hinting at the mixed signals that Tina is accused of giving to Shalin.

After the positive energy brought by Shalin and Tina’s mothers, Abdu Rozik’s best friend Sul walked into the house. Sul rushed to hug and kiss Abdu, who had been missing his parents even more as the family week unfolded. The adorable contestant was filled with gratitude to have someone he knew from the outside world step into the house. Abdu’s friends Shiv Thakare and MC Stan danced away to ‘Chhota Bhaijaan’ to celebrate Sul’s entry.