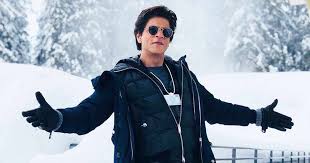 Shahrukh Khan Is the 4th Richest Actor In The World

Shahrukh Khan is all set to make his comeback on the big screen after 4 years with Pathaan and we can’t wait to see his magic again.

Now as the fans wait for the big release, the actor has yet another exciting news for the fans.

King Khan has emerged as the 4th richest actor in the world after Jerry Seinfeld, Tyler Perry and ‘The Rock’ Dwayne Johnson.

As per reports, the list released by World of Statistics on Twitter on Sunday, SRK featured as the only Indian actor on the list with a $770 million or Rs 6,306 crore net worth. The list was topped by American comedian and actor Jerry Seinfeld who has a net worth of $1 billion.

Richest actors in the world:

Are you excited to see SRK in Pathaan?