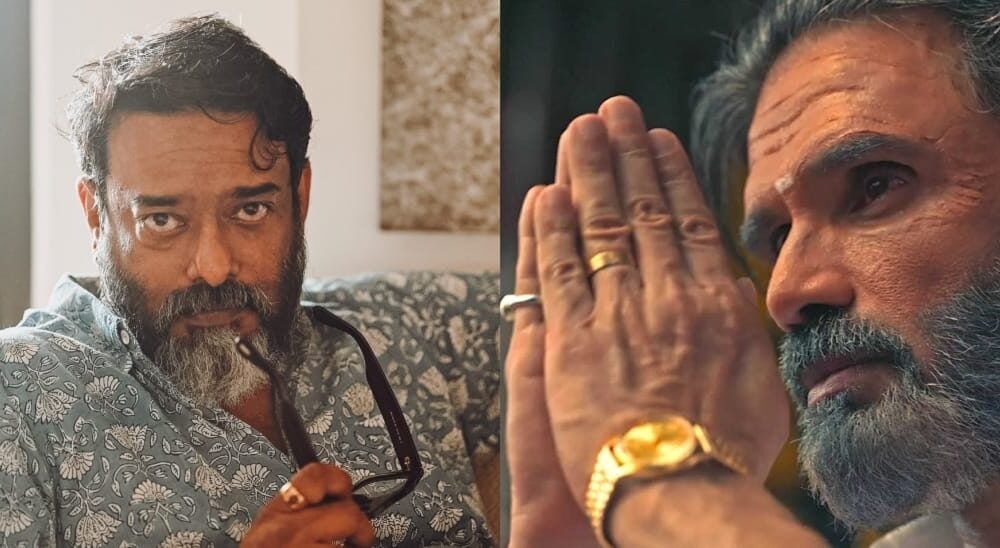 Sarthak Dasgupta: “I already have a season 2 story in mind for Dharavi Bank”

Writer- director Sarthak Dasgupta who has last directed Amol Palekar starrer 200 Halla Ho on Zee 5 is garnering accolades for his writing in MX Player’s Dharavi Bank starring Suniel Shetty, Vivek Oberoi and others. Sarthak gets candid about what went into the writing of Dharavi Bank, season 2’s making and of responses he is receiving.

On sharing about how did writing Dharavi Bank came into existence he states, “Cop-robber stories are always interesting provided they are told in an interesting and new way. I wanted to tell a revenge saga that has not been told before. At the same time, I wanted to keep it gritty, massy and entertaining. The One line was pretty simple – A cop avenges his son’s murder by making the murderer of his son kill his own son. To make that happen I had to create layers and layers of mini stories, secrets, back stories, shocks, twists, characters with colliding interests. The result is what you see. I have thoroughly enjoyed creating Dharavi Bank.”

Revealing about the season 2 he says,”Of course, I have a season 2 story in mind. Bigger, better and deeper. New characters and some more shocking revelations about older characters which I have not yet disclosed in season 1. The work hasn’t begun yet. Will begin when the platform flags off the fresh development.”

On talking about the show’s success, he says, “Forgive me if I sound cocky, but I honestly knew this would do well. People first connect logic, then emotions and then twists and turns. Anything that ultimately works will have to have these in place and actually in correct place. The success of Dharavi Bank has given me a whole new energy to continue on the path. It has just told me that certain assumptions I had made were correct. I have been on the right path all through.”

He adds, “I have been almost mathematical in weaving the beats of the story. What people will not know is the arithmetic behind timing of each element of the screenplay – the emotional high points, terror high points, action high points, revelation of a secret, a character’s upheaval – everything that you see in Dharavi Bank is there with a precise mathematical design – minute to minute. This is what I mean when I say writing for web is different.”

Lastly, speaking about his upcoming project he says,”I haven’t directed anything since 200 Halla Ho, which is the Amol Palekar, Rinku Rajguru film in Zee 5. I am in talks with some productions houses for directing my next feature. Plus I am constantly developing content – both films and web for my own bank.”