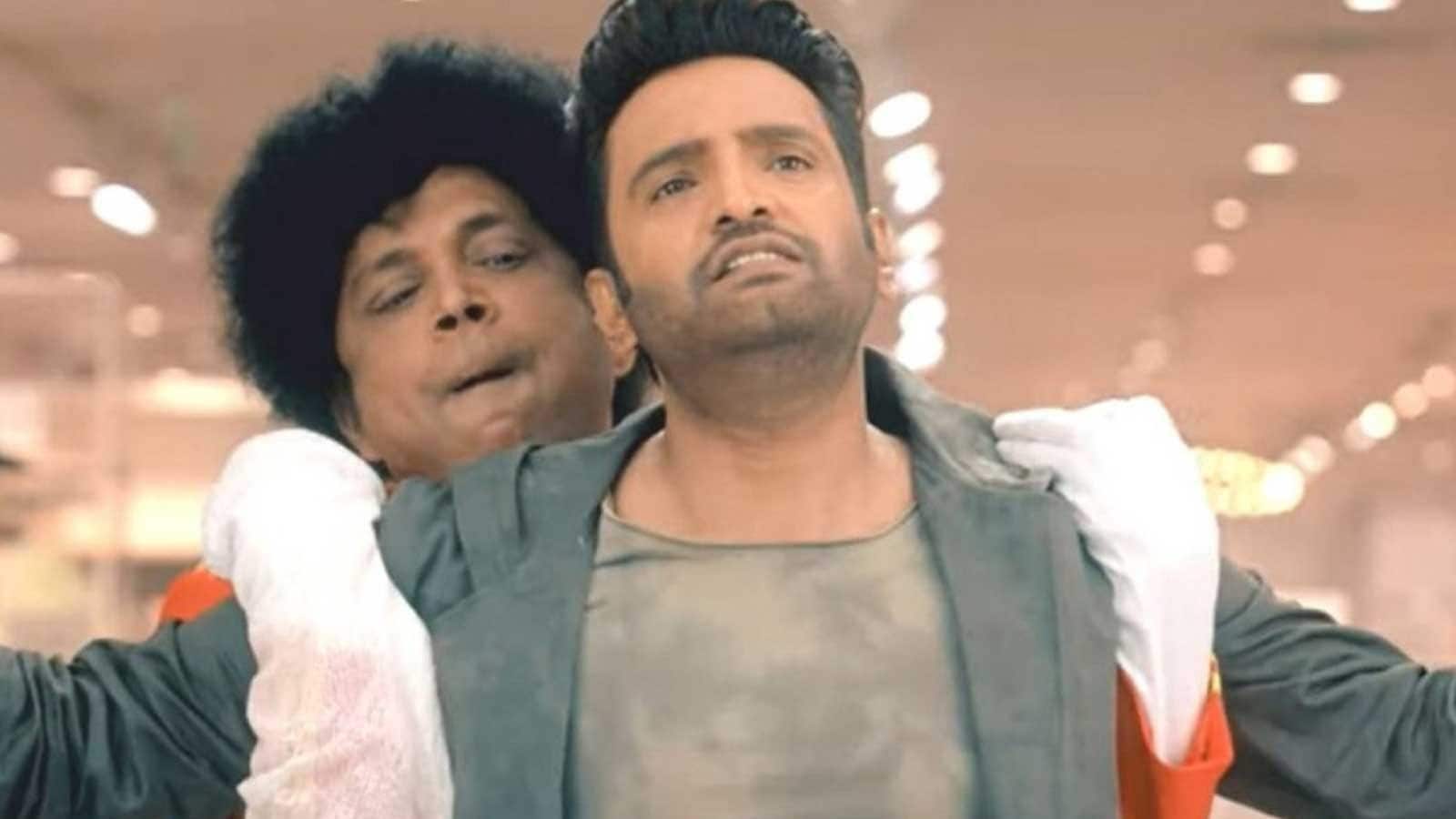 The film’s trailer — which was recently unveiled — promises a treat to Santhanam’s fans, who have watched the actor perform comic roles with great finesse.

The movie is written and directed by Prasanth Raj.

Tamil comedian-turned-actor Santhanam has amassed a massive fan following, owing to his acting prowess in various comedy flicks. Santhanam is all set to entertain viewers with yet another comedy flick, Kick. The movie is written and directed by Prasanth Raj. The film’s trailer — which was recently unveiled — promises a treat to Santhanam’s fans, who have watched the actor perform comic roles with great finesse. Social media users also praised the cinematography by Sudhakar S Raj, who has managed to capture breathtakingly beautiful shots of picturesque locations.

The trailer has earned a great deal of criticism as well. Many social media users lambasted the trailer, saying that it has hardly been able to evoke any laughs from the audience. A user wrote that it has been a long time since any Santhanam-starrer has been able to guarantee a solid dose of entertainment to the audience. Another came up with an interesting piece of information for the readers and revealed that Kick is a remake of the Kannada film Zoom, written and directed by Prasanth Raj.

Zoom narrated the storyline of Santhosh and Nayana, who are both creative directors at an advertising agency. Both share contrasting personalities. Nayana is straightforward and believes in hard work, Santhosh is just the opposite. What happens if these two people with contrasting personalities fall in love with each other forms the core theme of Zoom. The user also requested the Tamil audience not to skip this masterpiece.

Santhanam’s followers will be hoping that Kick should be a success at the box office since his last film Agent Kannayiram failed at the box office. Agent Kannayiram was the Tamil remake of Navin Polishetty’s superhit Telugu comedy thriller Agent Sai Srinivasa Athreya. The audience was hoping that Santhanam would take the level of this remake a notch up, but he failed to do so.