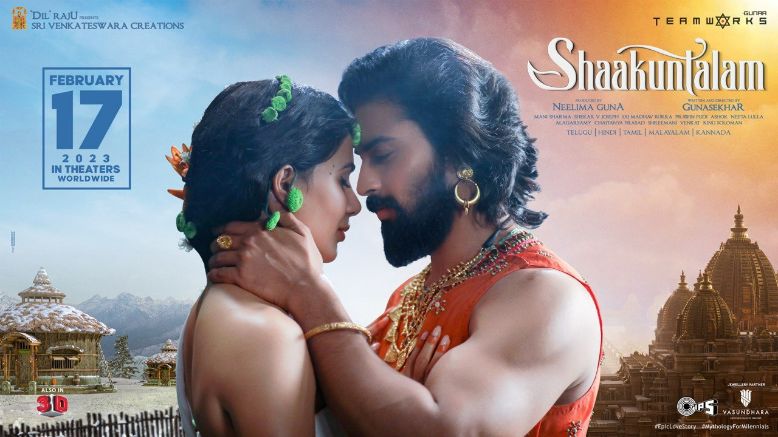 Samantha’s Shaakuntalam to release on Feb 17

It’s time to get ready for yet another treat from the beautiful actress Samantha. After the movies of Kaathuvaakula Rendu Kaadhal and Yashoda, she is all set to enthrall everyone with director Gunasekhar’s Shaakuntalam.

The makers of Shaakuntalam took to social media on January 2 to announce the film’s release date. They shared a new poster with the news that the film will grace the screens on February 17. As reported earlier, Shaakuntalam will be released in 2D and 3D in multiple languages, and the expectations surrounding the movie are sky-high.

Directed by Gunasekhar, Shaakuntalam is one of the famous chapters of the Indian epic, Mahabharata. It will be a visual delight as the film is being shot on with grand sets, and the costumes, music, and visual effects are sure to leave the audience mesmerized.

The movie will feature Samantha in the titular role of Shakuntala and also stars Dev Mohan, and Prakash Raj in pivotal roles. This starrer will depict the story of Shakuntala, her love for Dushyant, and the struggles she faces in her life.

Fans are eagerly awaiting the release of the movie, and the impressive star cast, coupled with the amazing visuals, is sure to make it a memorable experience. All these factors have made the audience excited and they can’t wait to watch the film in the theaters when it releases on February 17.