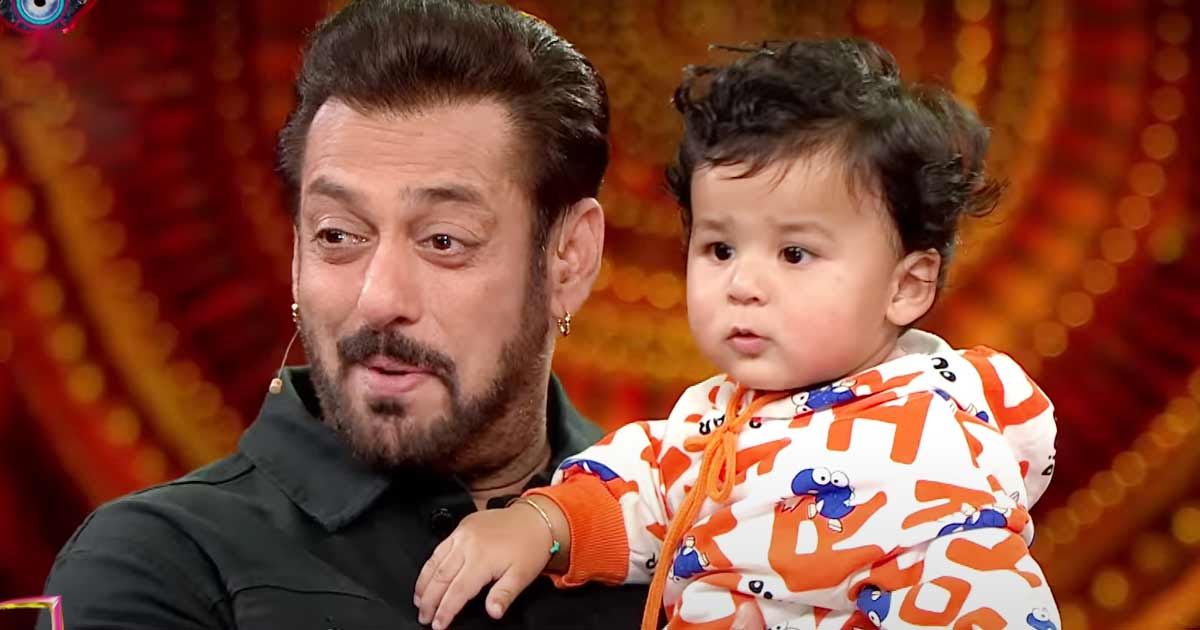 In the upcoming episode of ‘Bigg Boss 16’, comedians Bharti Singh and Haarsh Limbachiyaa and their son ‘Gola’, whose real name is Laksh Limbachiyaa, will be seen sharing the stage with Bollywood star Salman Khan.

After coming onto the stage, Bharti recalls Salman’s promise: “Saare vaade yaad hai Salman bhai ke. Inhone kaha tha ki inke bache ko mein launch karuga. (I remember all promises you made to me and that you will launch my kid)”

Further, Bharti Singh goes and brings her son Laksh on the stage and makes him meet Salman Khan.

She jokingly says that she is tired of holding her son and requests Salman Khan to hold him for a while.

Salman: “Obviously thakogi yaar (Obviously, you would get tired).”

Later, Salman gifts his trademark silver bracelet and a special Lohri gift to Haarsh. Bharti later jokes about Salman emptying his Panvel farmhouse as he has transferred the farmhouse to her son Laksh and host Salman laughs.

After talking with the host, Bharti Singh and Haarsh leave Laksh with Salman and they go inside the Bigg Boss 16 house to meet all the contestants. Bharti later says that everyone outside was confused with Sajid Khan and Abdu Rozik’s friendship for the first month.