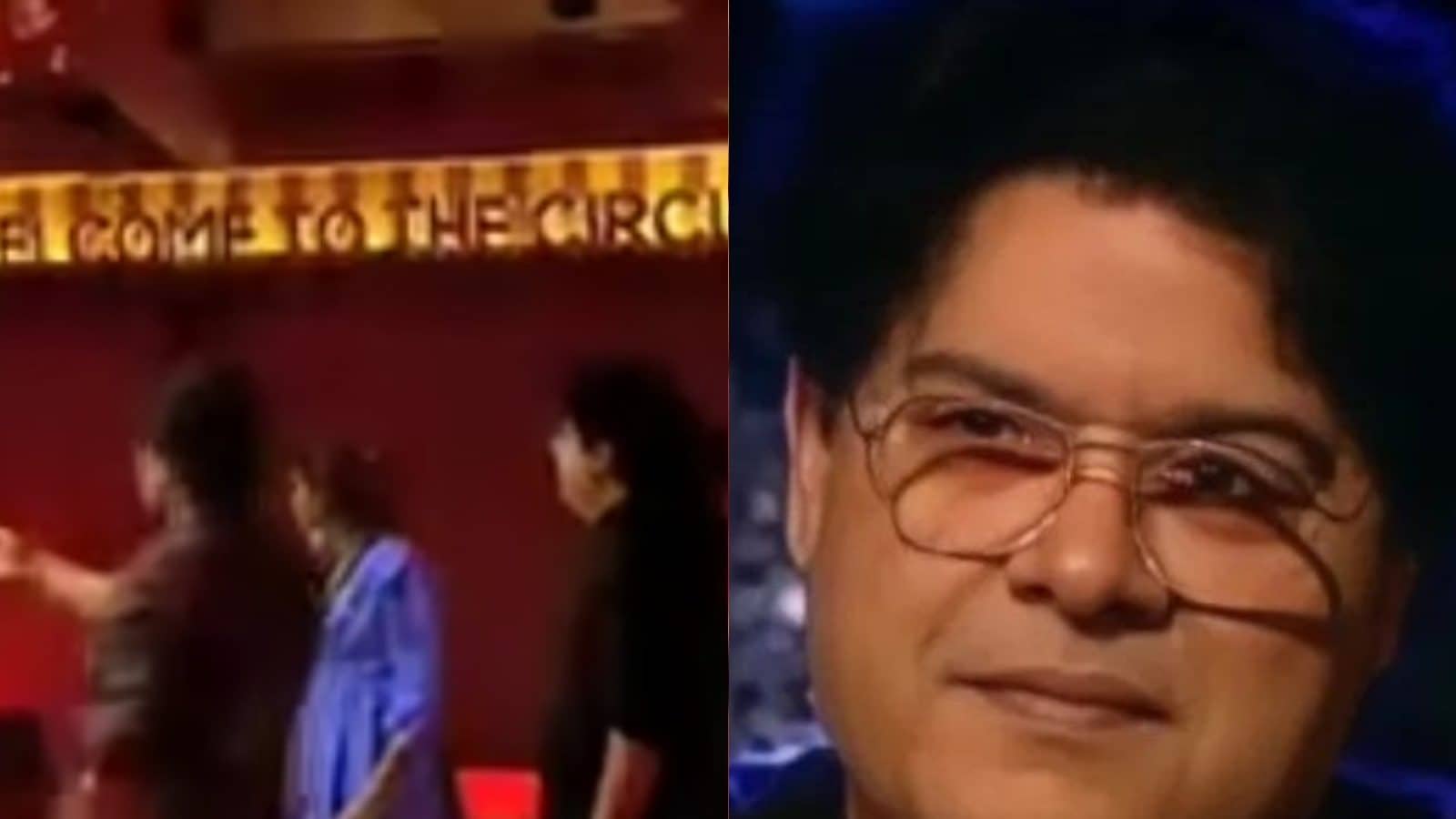 Sajid Khan Finds Himself Surrounded By Mysterious Intruders In This New Promo; Watch

Sajid Khan surrounded by intruders in the new promo.

In the latest promo of the upcoming episode of Bigg Boss 16, there is a breakout in the house which leaves all the contestants scared.

After Abdu Rozik’s exit, filmmaker Sajid Khan is also bidding farewell to the Bigg Boss 16 house, according to a new promo on Twitter. The clip from the show’s upcoming episode that has surfaced online shows Bigg Boss announcing that Sajid is about to leave the house. Now another promo clip has been shared showing something rather spooky unfurling in the Bigg Boss house.

On Sunday, the official Instagram handle of Colours TV posted a promo clip that showed a group of people clad in black breaking into the Bigg Boss 16 house and surrounding Sajid Khan. The Housefull film-maker holds his hands in the air as the other contestants scream anxiously due to the commotion taking place around them. Towards the end of the clip, one could hear someone calling out Sajid Khan’s name on the microphone. Along with the video, the handle captioned the clip, “Bigg Boss Ke Ghar Mein Hoga Hamla!”

In the previous promo, Bigg Boss lauds Sajid’s journey in the house as the Heyy Babyy director listened with tears in his eyes. Bigg Boss talks about how Sajid Khan took the difficult decision of coming on the show to reconnect with his fans and how he was the only one in the house who was respected by each and every housemate. Several of his friends in the house, including Nimrit Kaur and Sumbul Touqeer Khan, are seen crying as they hear the announcement. Sajid also apologises with folded hands to all the housemates he had a tiff with.

The latest episode of Bigg Boss 16 saw a lot of overflow of emotions as the housemates were questioned over their behaviours and Abdu Rozik took a voluntary exit from the show. The episode started with Salman Khan addressing some of the things the contestants’ family members said to them when they entered the house during family week. He talked to Sumbul Touqeer Khan and Nimrit Kaur about what their family members said and how they reacted thereafter. In the end, Bigg Boss announced Abdu Rozik’s exit from BB house due to his prior work commitments.

Yatamanyu Narain
Yatamanyu is a multi-disciplinary Journalist & Photographer who dabbles in Films, Poetry, Music, Politics, Pop-Culture and everything in between. …Read More