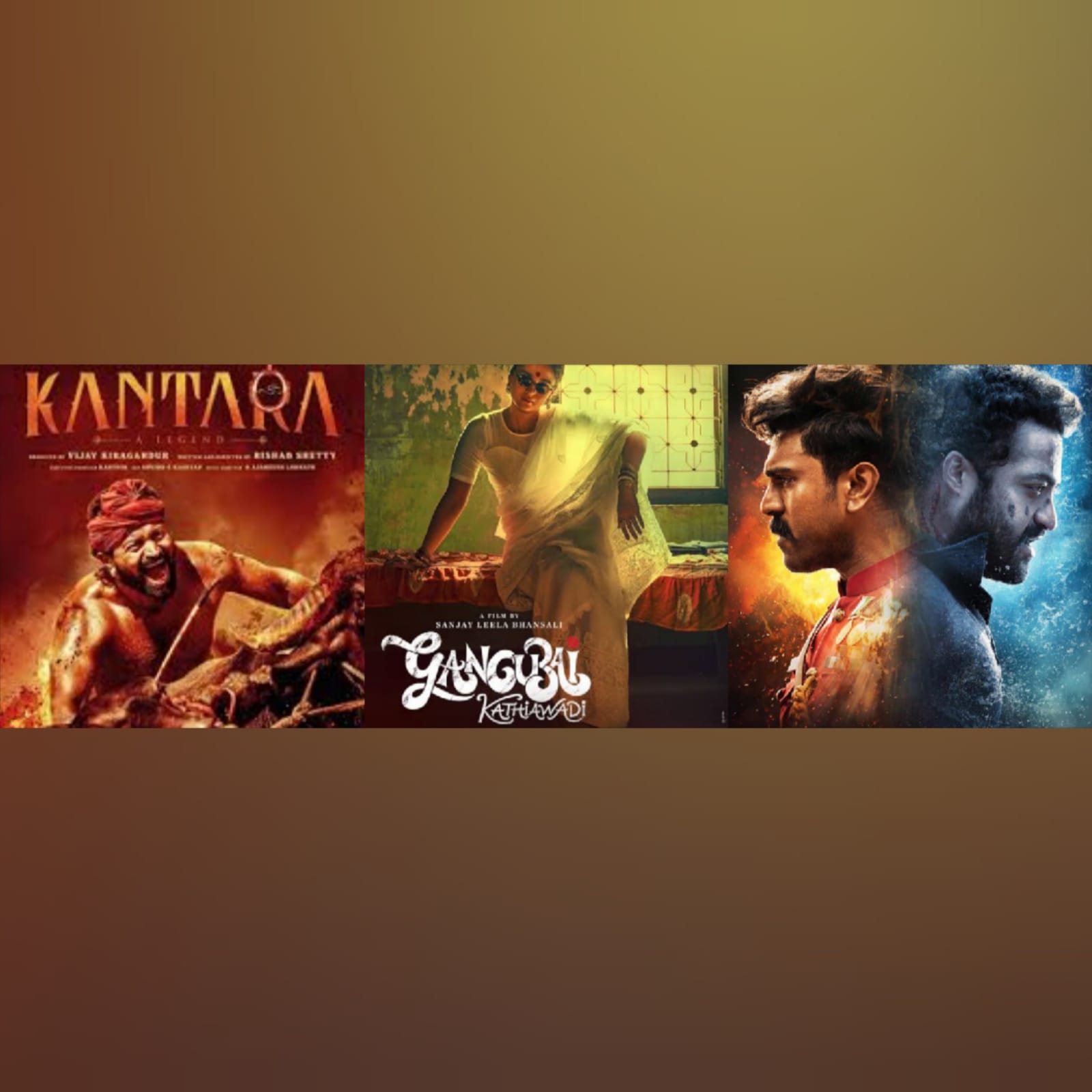 (This list includes the qualifiers, but the films still have to battle 301 others to make it to the final cut though!)

The SS Rajamouli directorial starring Ram Charan and Jr NTR has been a raging success at the box office and received global acclaim as well. The film crossed a whopping  ₹1,200 crore (US$175 million) worldwide.

The Alia Bhatt starrer, directed by Sanjay Leela Bhansali, was a major success in 2022. Based on Mafia Queens of Mumbai by S Hussain Zaidi and Jane Borges, it was a rousing tale about the rise in the power of a brothel queen. It was a commercial success with a ₹209.77 crore collection.

‘The Kashmir Files’ was the harrowing tale of the mass exodus of Kashmiri Pandits in the year 1990 following systematic killings of people from the community by Pakistan-backed terrorists. The film made 340.92 crores worldwide!

The Kannada action thriller Kantara starring Rishab Shetty in the lead -revolved around a young tribal donning the traditions of his ancestors to seek justice. Kantara crossed 400 crores emerging as a blockbuster in 2022.