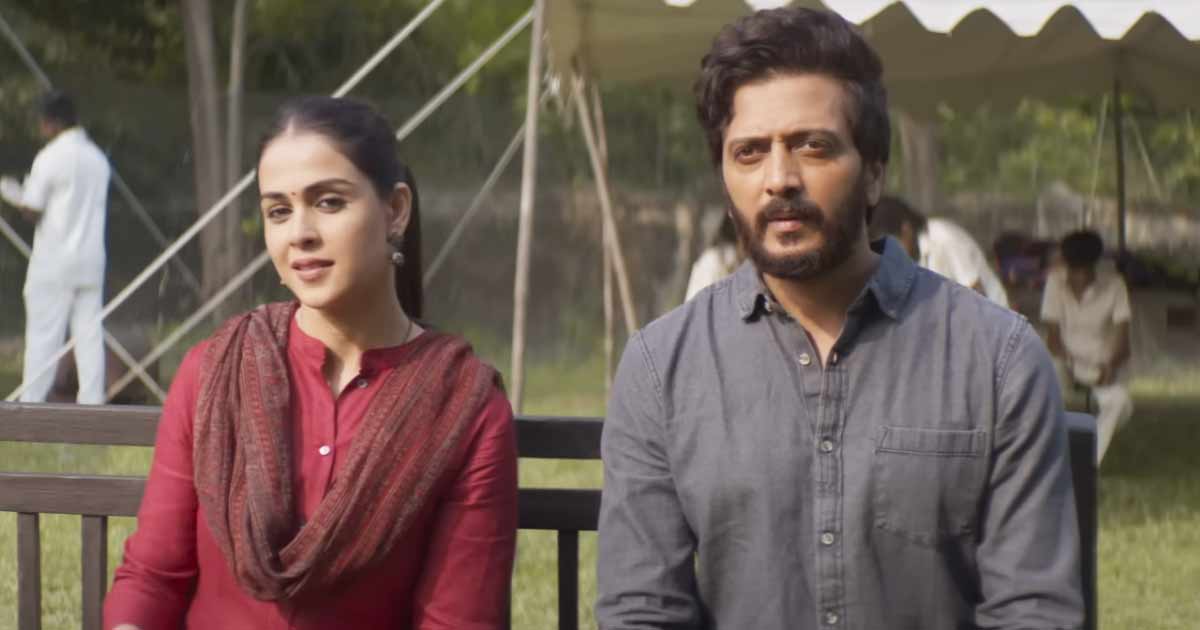 Riteish Deshmukh and Genelia D’Souza starrer Ved is doing superb business at the box office. The film marked Riteish‘s directorial debut and it’s his third Marathi film in a leading role. This time, he is paired with his real wife and the audience is loving the chemistry, which is strongly reflected in numbers. Keep reading to know more!

Released on 30th December 2022, the latest Marathi release completed its second weekend on a very high note. It earned a huge 20.67 crores in the opening week after scoring a weekend of 10 crores. Interestingly, the second-weekend collections are stronger than week 1 as 12.75 crores came on board. With such a trend, the film has emerged as a huge success.

In the first 10 days, Ved earned 33.42 crores nett at the box office. Apart from Maharashtra, the film is being screened in a few other states too, but practically all the numbers are from Maharashtra only. For those who don’t know, the Riteish Deshmukh starrer reportedly carries a budget of 15 crores, earning great returns.

If calculated, Ved has made a profit of 18.42 crores if we remove the budget from the total collection. In percentage, it equals 122.8% returns, which is really huge considering it’s a regional film. As there’s no major competition till Pathaan arrives on 25th January, the film might even touch the lifetime of 50 crores.

For Riteish Deshmukh, Ved is the second major box office success in the Marathi film industry after Lai Bhaari.