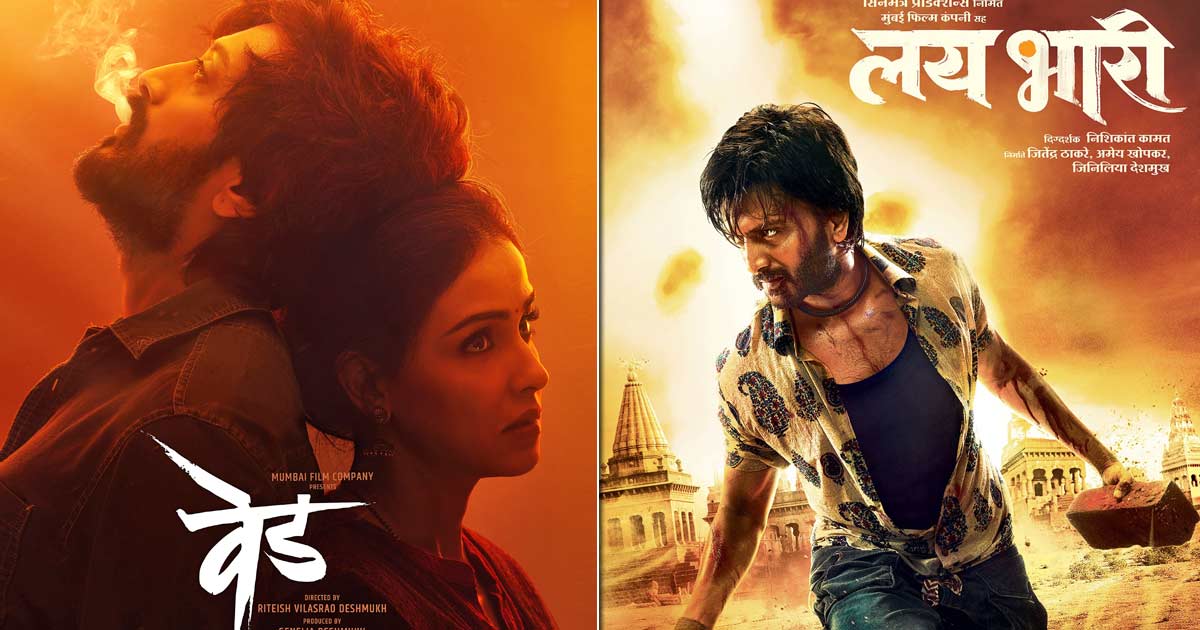 In just 13 days, Ved has emerged as the highest-grossing solo starrer ever for Riteish Deshmukh. In Marathi films, the record was held by Lai Bhaari which had netted 40 crores, and that too by including overseas collections. The film also stands amongst the Top-10 Marathi grosses of all time. Now Ved has surpassed this number rather comfortably and that too on the basis of just India numbers.

Currently, the film stands at 40.10 crores* after a fantastic hold on Wednesday as well. With this, the record-breaking journey continues for the Riteish Deshmukh and Genelia D’Souza starrer which is yet to complete its second week and still seeing a newer set of audiences trickling in rather regularly.

The romantic drama Ved is big strides and one now waits to see whether it scores a half-century before the close of the third weekend itself. The last couple of weekends had seen a score of over 10 crores coming in and with today also left and poised to bring in at least 1.75 crores, there is a cushion already in there. This would ensure that Ved will enter the 50 Crore Club in record time and post that would keep collecting rather well till the end of the month at least.