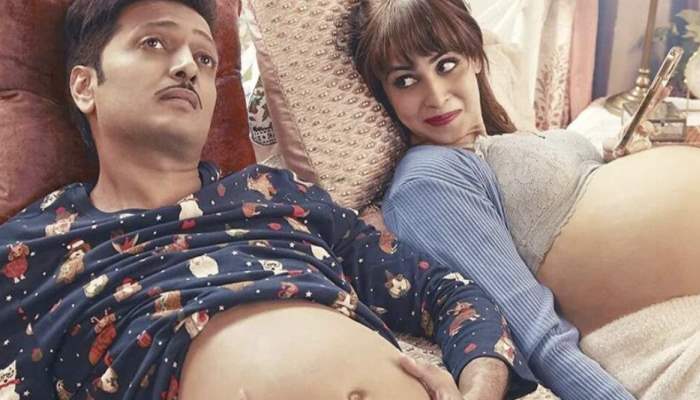 Mister Mummy Release, Cast: The most adorable couple in  Bollywood is ready to bring a rollercoaster of laughter and drama this November!

One of the cutest couples in Bollywood is coming together on-screen this time after a hiatus of 12 years. We are talking about Riteish Deshmukh and Genelia. The couple is set to come back together on the silver screen with their drama-comedy, Mister Mummy.

This quirky comedy, directed by Shaad Ali, was filmed primarily in England and centres on a couple who have different views on having children. What happens next is fate’s biggest surprise for the pair. The movie’s trailer launched a couple of days ago and has got the fans excited.

As the trailer depicts, Mister Mummy is based on the life of a couple who find themselves in a strange and almost impossible biological puzzle. Amol and Gugloo (Riteish and Genelia) are a married couple. They get the shock of their life when Amol ends up getting pregnant somehow.

The subject of the movie is unusual and handled in a comic way. The unique and humorous trailer has impressed viewers.

Amol and Gugloo have completely opposite views when it comes to children. Amol would do anything to get away from kids, while on the other hand, Gugloo just loves having kids. When they find out that both of them are pregnant, the consequence is an uncontrollable laughter riot that we will see when the movie releases.

The movie is all set to hit the theatres on November 18, 2022. The poster of the film has been shared by T-Series on Twitter which does a comical representation of male pregnancy.

The cute Jodi of Riteish and Genelia is back on silver screens after a long break. The movie also stars veteran Mahesh Manjrekar who plays a gynaecologist. You can check the complete star cast of the movie on IMDb.

At a time when Bollywood is struggling to come up with good scripts, Mister Mummy looks like a refreshing take on an unusual subject. Let’s hope that the movie becomes a big hit at the box office.