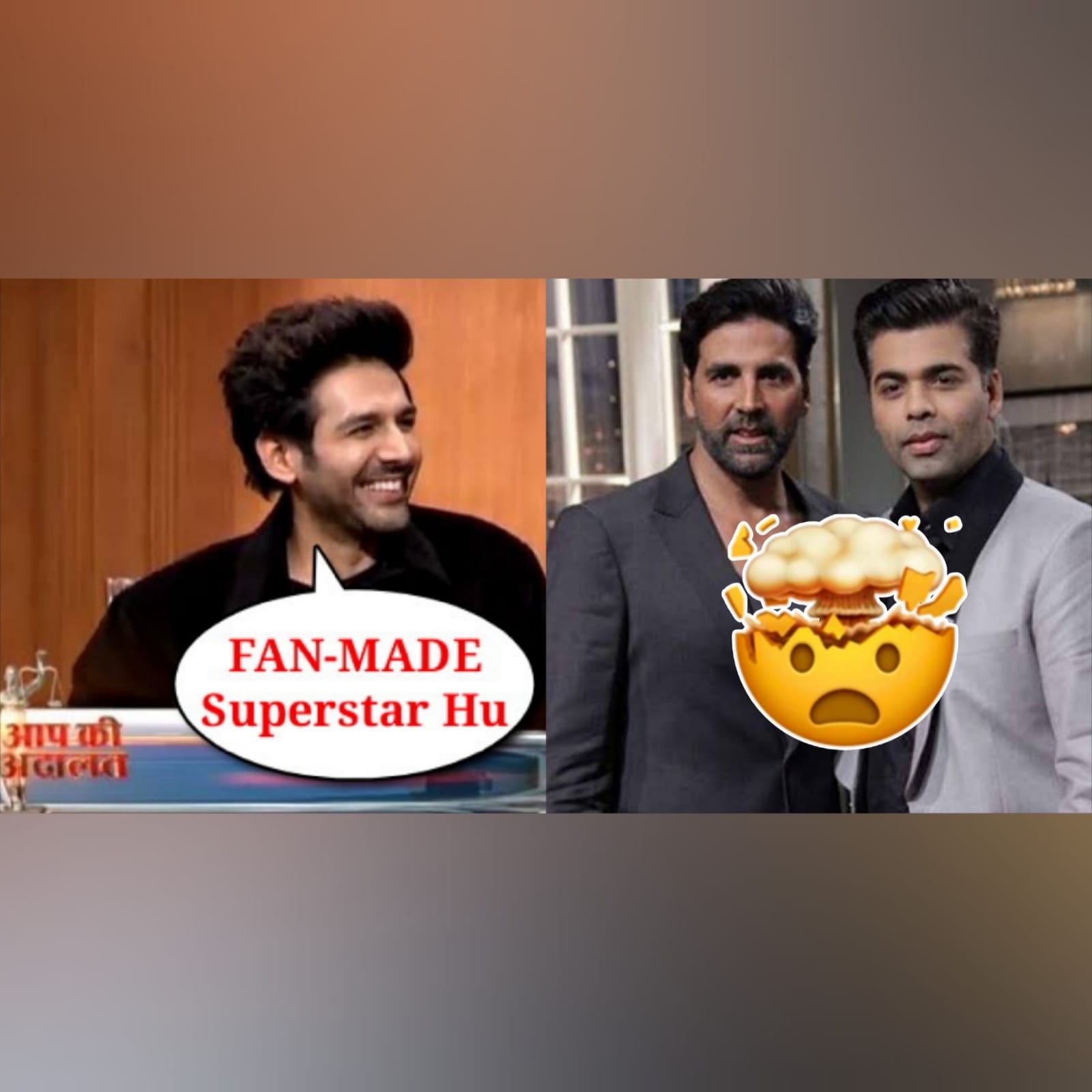 Be it the tiff with Karan Johar, the allegation of ‘copying’ Akshay Kumar, rumours of being unprofessional, the secret behind his recent success or chatter about his love life – Kartik Aaryan has bared it all in the recent Aap Ki Adalat interview with Rajat Sharma (India TV Editor-in-Chief and Chairman). Producer Sajid Nadiadwala appeared as the judge.

The young star has answered all the questions with his trademark goofy, sarcastic, funny, and flirty charm. Read on for the full excerpt –

On the allegation of being ‘Secretive’?

I’ve been secretive since childhood. I didn’t tell even my parents about my acting ambition.

Teachers, and students everyone knew – I wasn’t interested in studying. I even went to audition during a VIVA once. I requested the teacher to take my VIVA afterwards and she even agreed to it but she said – “I’ll pass you, if you are able to tell me my name.” But I failed to do so! After that, it became my habit to never forget girls’ names.

Before Pyaar Ke Punchnama, often at times I would clear the audition and tell everyone that I’m going to be a hero. But the project wouldn’t take off. And then people would ask – kya hua, hero ban gaya?

So I decided I wouldn’t tell anyone about my work. Instead, I told everyone I was interning at Kokilaben Hospital. For a year, I went on shooting like this. When the PKP trailer released, then I dropped the bomb on my parents about acting!

I used to change and wash my face in the railway washroom. Local trains mai bohot travel kia hai. Nobody knew me so it was easy to keep it secret.

My Mom thought I was doing BTECH, she didn’t know about my interest in acting. When I suddenly called her crying (with happiness) that – they’re making me a hero – She was so scared, she landed up in front of the director the next day with my Aunt…and she watched my audition tape.

Didn’t have to struggle much?

The 1st film was a struggle – it took 2-3 years. I used to search for auditions on Facebook but never crack the right film. Then Pyaar Ka Punchnama happened.

I didn’t have a portfolio, so I cropped my photos from the group pics and sent those saying – I’m the guy you’re looking for. I was a little over-confident but it worked. But even after Pyaar ka Punchnama, my name wasn’t known. People just knew me as the monologue guy, ek saas mai bol deta hai..Shankar Mahadevan type…Breatheless!

I’d done Akaash Vaani, Kaanchi before PKP2, but they didn’t work. Even in PKP2, I was the monologue boy. When Sonu Ke Titu Ki Sweety came, that’s when I became a household name.

On The Accusation That You’re Self-Obsessed?

When you’re young, you get stubble that’s neither here nor there. When I shaved it off for the first time, I thought I looked cool and could become a hero. I watched films too much, thinking if they can do it so can I! And that’s how it snowballed….

20 crores, that’s just for 10 days! I did Dhamaka during Corona in 10 days and 20 crores was my remuneration. But I double the amount for my producers in 20 days!