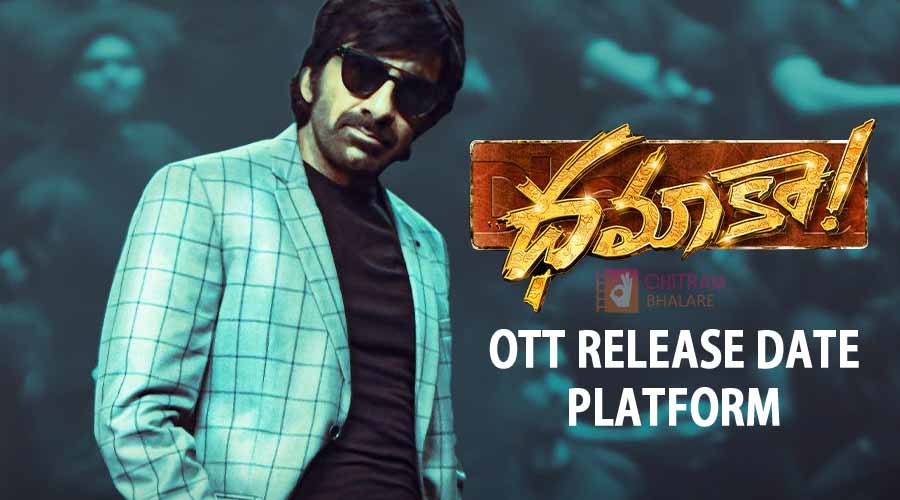 Out and out family entertainer Dhamka is directed by Trinadha Rao Nakkina. According to the source, Dhamaka OTT (Digital Rights) has been acquired by Netflix OTT platform with huge amount.

It is being advertised that the Dhamaka movie will be released in OTT in the first week of February 2023. Ravi Teja is seen in a dual role as a multimillionaire named Anand Chakraborty and an jobs less guy named Swamy.

The makers of the Dhamka movie have yet to announce an OTT release date and are awaiting the official conformation. As per the OTT agreement, after 50 days of theatrical run only Dhamaka will release on Netflix platform.