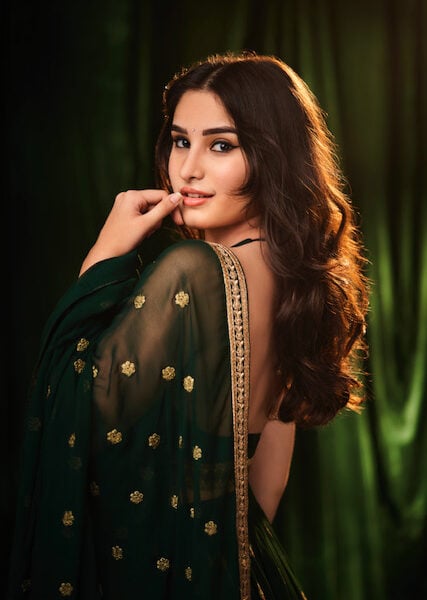 2023 is going to be an eventful year for a lot of young talent to make their acting debut in the Bollywood film industry. there are certain other star kids who will also be seen shining on the silver screen. Of which, one in particular is none other than Raveena Tandon’s 17-year-old daughter, Rasha Thadani.

Rasha Thadani, the daughter of Raveena Tandon, will be seen in Abhishek Kapoor’s next. Rasha Thadani, 17, the daughter of Raveena and Anil Thadani, will make her acting debut in the action-adventure movie directed by Abhishek Kapoor. Aaman Devgn and she will be partnered together. Rasha, in Abhishek’s opinion, is the perfect choice to play the part because it’s a very unique character. His leading actors have already begun preparing for the picture. They have to go through a few training sessions, which they have already started. According to a person familiar with the situation, both of the young actors are really eager to begin working under Abhishek’s direction. In terms of beauty, Rasha not only gives a tough competition to her mother Raveena Tandon but also to many star kids. Apart from being glamorous, Rasha is also very talented. She holds a black belt in Taekwondo and also enjoys wildlife photography. Rasha is fond of singing and she also shares her videos many times on social media. Academically, Rasha has always been an A plus srudent. Looks like a new star is on the way. The news has fans looking forward to a fresh face on screen and quite a few people even found their way to Rasha’s Instagram account. People are dropping comments like, anticipating her debut.