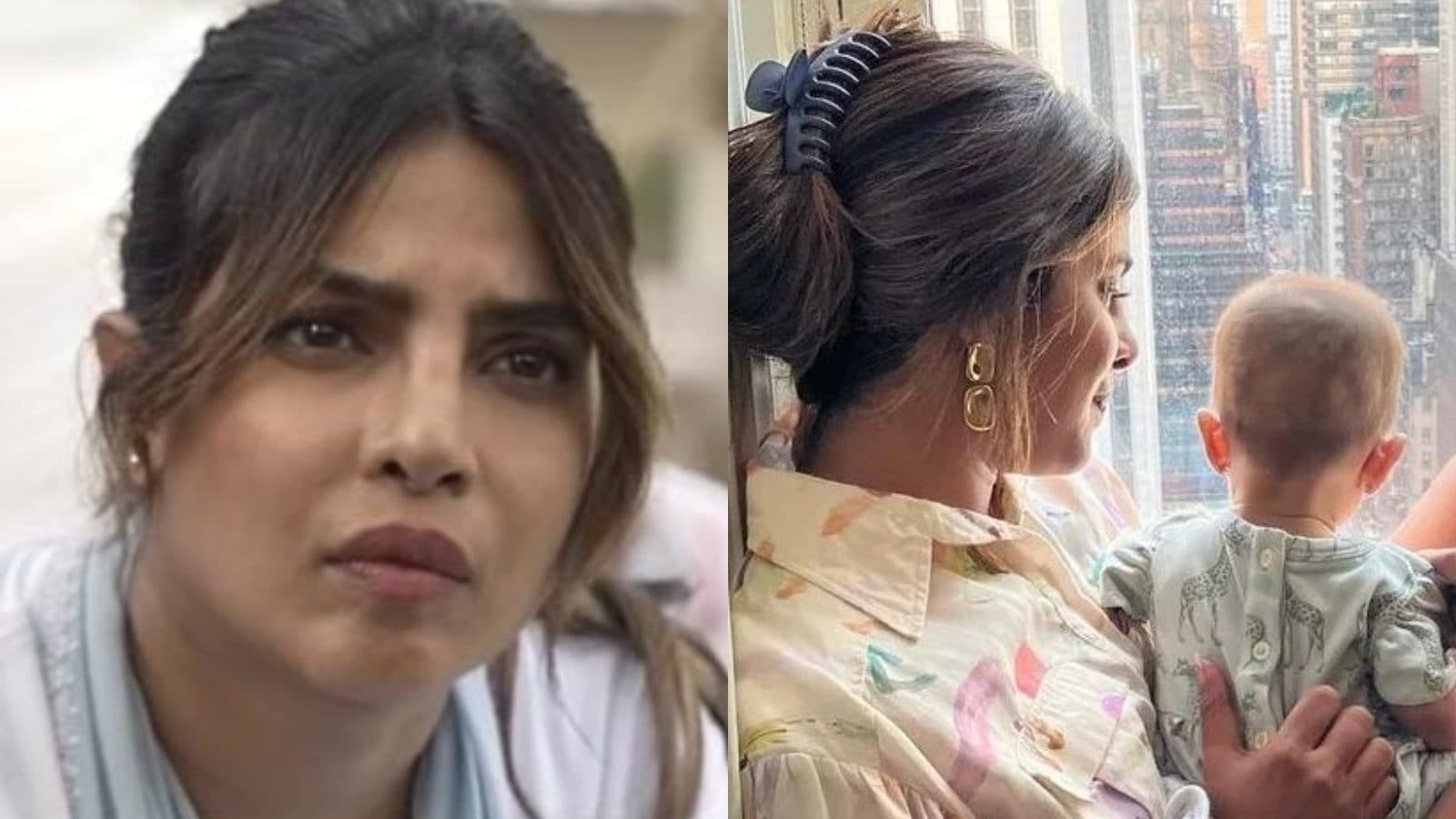 On the work front, Priyanka Chopra is currently working on a Hollywood film Ending Things along with Captain America star Anthony Mackie.

Priyanka Chopra, who has cemented her place in Bollywood with her films and is now making a mark in Hollywood, recently added another feather to her cap. The actress and global icon became the first Indian actor to rule the cover of British Vogue. Not just that, the actress also posed with her and Nick Jonas’ daughter Malti for the magazine’s photoshoot and took to Instagram to share the photos. Now a fresh video of ‘behind-the-scenes’ photoshoot has appeared as shared by a fan page and PeeCee’s fans are beyond emotional.

On Thursday, the Jerry×Mimi fanpage posted a video of the Dil Dhadakne Do actress dressed in a striking yellow jump suit posing against a yellow wall in the backdrop. While Priyanka Chopra keeps her hands on the waist, the photographer momentarily fixes the actress’s hair and continues to capture her in her glory. Meanwhile, the caption was an excerpt from Priyanka Chopra’s interview with the magazine where she got candid about Malti’s birth and how she was premature.

“I was in the OR [operating room] when she came out. She was so small, smaller than my hand. I saw what the intensive-care nurses do. They do God’s work. Nick and I were both standing there as they intubated her. I don’t know how they even found what they needed [in her tiny body] to intubate her,” the caption read.

Moved by the photoshoot, one of the fans wrote, “Now people know how much Priyanka and Nick suffered for more than 3 months while their daughter was in the NICU (Neonatal Intensive Care Unit). All of you people of this planet who badly judged them because they have a child through surrogacy, SHAME ON YOU!! Don’t judge people if you don’t know what is going on in their life. May God continue to bless this family! Always and forever!” Another one commented, “Waah! This is deep. May God continue to bless Malti with good health and give strength to both Nick and Pri to be able to continue raising her!”

Priyanka Chopra and Nick Jonas welcomed their first daughter in January last year. Later in the month of May, PeeCee had announced that her daughter Malti Marie Chopra Jonas was finally home after spending 100 days in the NICU. “On this Mother’s Day we can’t help but reflect on these last few months and the rollercoaster we’ve been on, which we now know, so many people have also experienced. After 100 plus days in the NICU, our little girl is finally home,” she had written.

On the professional front, Priyanka has several projects in her pipeline. She is currently working on the Hollywood film Ending Things along with Captain America star Anthony Mackie. Apart from this, she will also be seen in It’s All Coming Back. PeeCee will also feature in Farhan Akhtar’s Bollywood movie titled Jee Le Zaraa in which she will share the screen with Alia Bhatt and Katrina Kaif. Priyanka will soon make her OTT debut with Citadel.